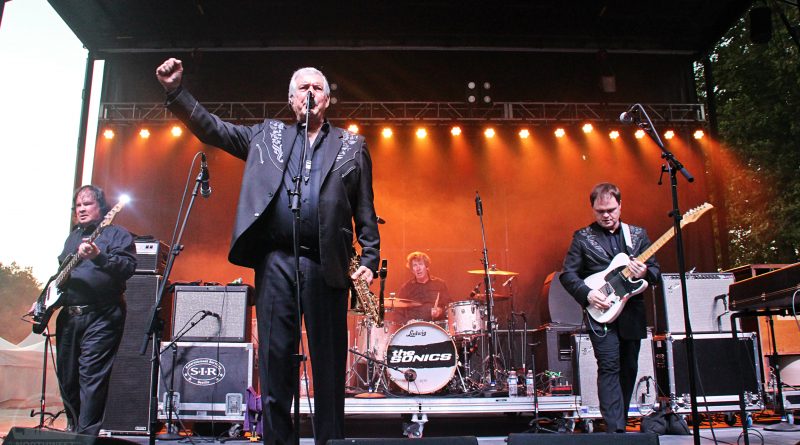 As some of us triumphantly sprint with arms raised high above our heads toward the finish line for the year of 2017, while others limp, hobble or slither on their bellies just wanted this year to be over with, let’s have a look at what happened on our website this year, in the northwest music community in general and other things that affected us.

From a readership standpoint, Northwest Music Scene is more popular than ever. Our articles were read over 2.5 million times by people all over the world and while we certainly focus on the pacific northwest region (almost religiously), it’s always nice to see people in other geographic areas tuning in to see what part of what makes the northwest a special place to live. As native northwesterners we take a great deal of pride in the music that comes out of the upper left corner and everyone involved with this site considers it an honor to get to do what we do.

At a time when many publications have all but given up on doing album or EP reviews, 2017 found us continuing our mission of not letting that part of the music world die and as of writing this we’ve somehow managed to put out 140 reviews covering artists from most genres but all share a common thread, they are from the northwest. You can expect more of the same next year.

In addition to the break-neck pace we’ve been on regarding new music reviews for the last few years, we also premiered 57 singles or videos throughout the year and we teamed up with Verity Credit Union again for 100 Bands in 100 Days Presented by Verity Credit Union. As of this writing we are on day 99 and you can check out the entire list HERE. And while we have your attention, we have some fabulous news to share in that Verity will once again be the presenting sponsor for 2018’s version of what has become an annual celebration showcasing a different local band every day for 100 consecutive days.

Once again we covered some of the biggest shows to come through the northwest, while at the same time not forgetting that there are plenty of great local bands that need exposure as well.  For a recap of shows we wrote about during this calendar cycle, check HERE and you can also, check out Sophia Barkalakis’ Top 20 Pacific Northwest Shows of 2017. Be sure to check out what Peter Dervin did this year as well, not he least of which were reviews of U2 and the Eagles/Doobie Brothers.

For all the good that happened this year, we also experienced some devastating loses and while they all hurt, when we first heard the news about our much beloved Chris Cornell’s passing it was like getting hit in the stomach with a medicine ball. For a long time after he died, nothing felt the same and even though we lived through all of the other northwest musician deaths, this one seemingly hurt the worst, probably because from almost all outward appearances, Cornell had put his demons to rest and had lived to tell about it. Nothing is ever going to be the same but a lot of healing has happened since he left us and he sure left us a wealth of great music, that will be played as long as music is played. 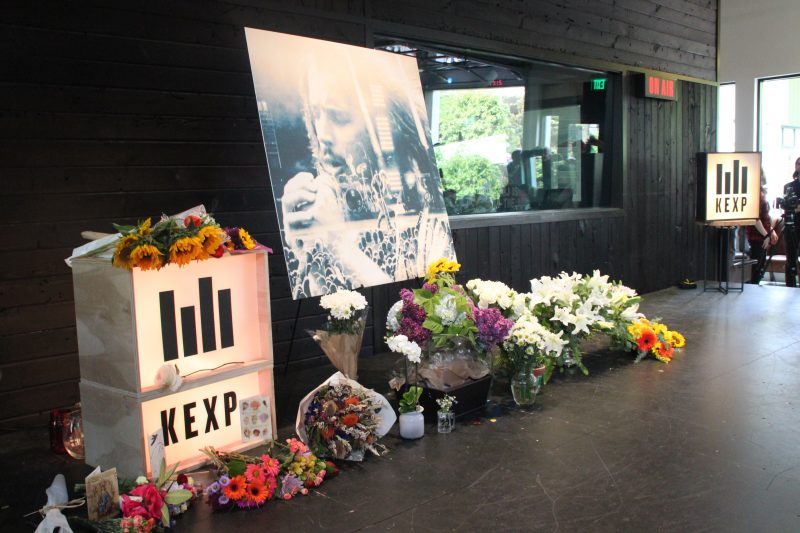 More recently, the northwest metal community received devastating news out of Brazil on December 13 when it was reported that Warrel Dane, who made his mark with Sanctuary and Nevermore, passed away from a heart attack at age 56. Dane was easily one of the greatest vocalists to come out of the northwest and left his mark in a big way on metalheads worldwide. A memorial is set for Dane on January 7 at Studio Seven and all are invited to attend to remember this great guy that meant so much to so many. Details about that can be found HERE.

Although we don’t do a lot of politics on this website, I’d be remiss not to mention a personal highlight of the year. As a life-long progressive and activist for any number of causes, I’ve long followed the Pussy Riot saga for years so when they it was announced they’d be bringing Pussy Riot Theatre: REVOLUTION to Seattle and Olympia, I was pretty excited to experience it first hand. Our interview with Maria Alyokhina (Masha) can be found HERE and our review of the performances can be found HERE.

Being a concert photographer in the northwest, there’s almost never a shortage of exciting events to shoot in the northwest and 2017 provided plenty of those opportunities once again. Although there were plenty of adrenaline-filled moments in the pit for me, it’s pretty hard to top the insanity of getting to shoot Metallica while fighting off crowd-surfers and security, all while trying to keep the camera still.

2017 also provided me another opportunity to see some of my all-time favorite acts, Robin Trower, Randy Bachman, The Sonics, Walter Trout and The Tea Party from just a few feet away with a camera around my neck and all of those shows delivered the goods.

It’s often said that timing is everything and this year once again proved that to be true for me. After Walter Trout melted the roof off of Tacoma’s Cultura Event Center, as the crowd was leaving and the amps had been turned off and cords were being unplugged, local guitar legend Jerry Miller went up on stage to say hello to Walter. I got to listen as Trout excitedly told Jerry that going to see him in Moby Grape so many years ago was one of the reasons he does what he does today. I was happy for Jerry, because as most music fans from Tacoma know, he’s never gotten the respect he deserves, even though he was #68 in Rolling Stone’s top 100 guitarists of all-time.

Something super awesome also happened at the Randy Bachman show at Emerald Queen Casino in May and that was before even one note had been played. While I was waiting in line to get in, security told me I couldn’t bring my backpack in. When I mentioned my camera was in there and had a photopass they went to go get the entertainment director for me. But while that was happening this lovely couple pictured with Randy below asked if I was part of the crew. I said no but was there to shoot it. I felt I should ask them why they wanted someone on the crew and the guy says, “my brother Norman Durkee played the piano on “Taking Care of Business” and he died three years ago so I’d like to give Randy this letter.” I told them I’d be going backstage at some point and would deliver it if they wanted and they were so excited. When I got backstage and went up to Mr. Bachman and handed him the letter, he was pretty excited to read it and thanked me for delivering it. A few minutes later the tour manager asked if I could pick that couple out of the crowd, that Randy would like to meet them. After some searching, I found them and the guy almost fell over when he found out Randy wanted to meet him. Such a memorable moment to be part of. 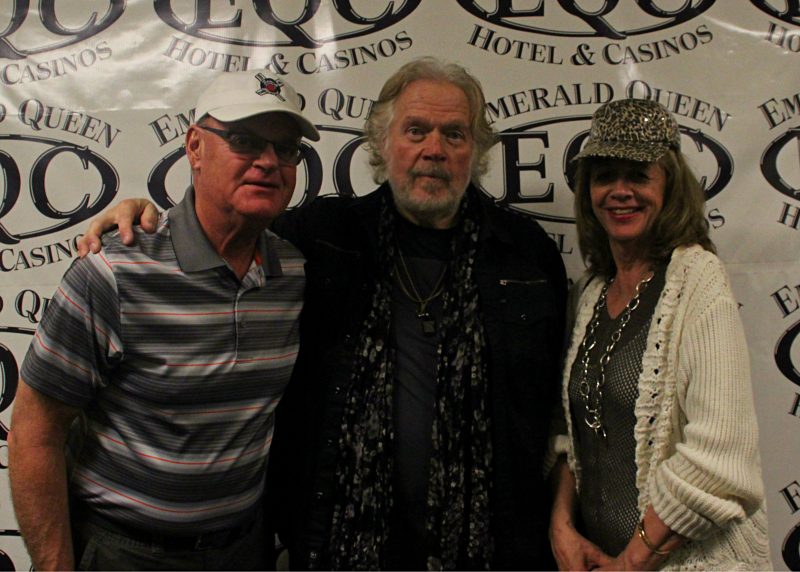 This year also gave us in the local scene a lot to be excited about for years to come when Upstream Music Fest + Summit held its inaugural and truly awesome first outing. From one of our reviews:

Another shining revelation was that for these three days in Pioneer Square music was king. Even more important, our local music was king. Sure there were some art installations created for the ultimate selfie experience but people did not come down there for that, they came for the music and you could hear the chatter everywhere. People excitedly talked about the band they had just seen and who they wanted to see next. The numbers seem to solidify the feeling that most people had that it was a major success. Over 30,000 attended the festival and another 5,000 saw the free shows either on the streets or in Occidental Park.

Check out that review HERE.

Check out our other Upstream review HERE.

There is so much more to talk about, like experiencing other first year festivals such as Reggae On The Way and Punk In Drublic, both in Tacoma and getting to interview Ann & Nancy Wilson at different times as well as interviewing Rob Lind of The Sonics.

So even with some of the heartbreak we experienced this year. there were plenty of shining moments that left us feeling both accomplished and excited for what comes next. Lastly, thank you for the support you have given us over the year, it makes the lack of sleep that it is part of the deal oh so worth it!