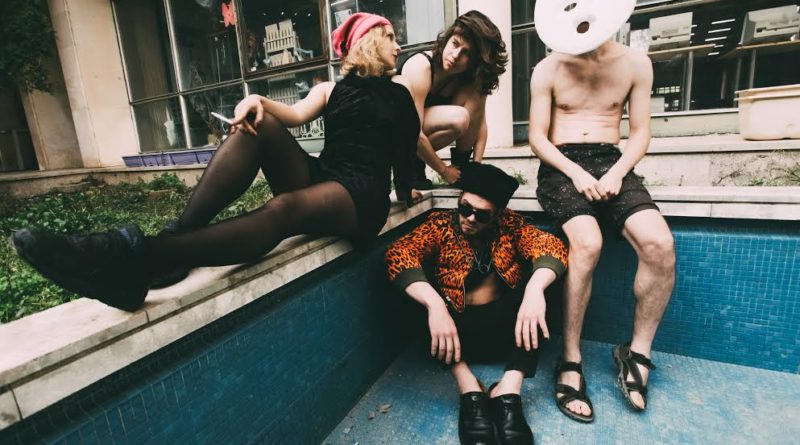 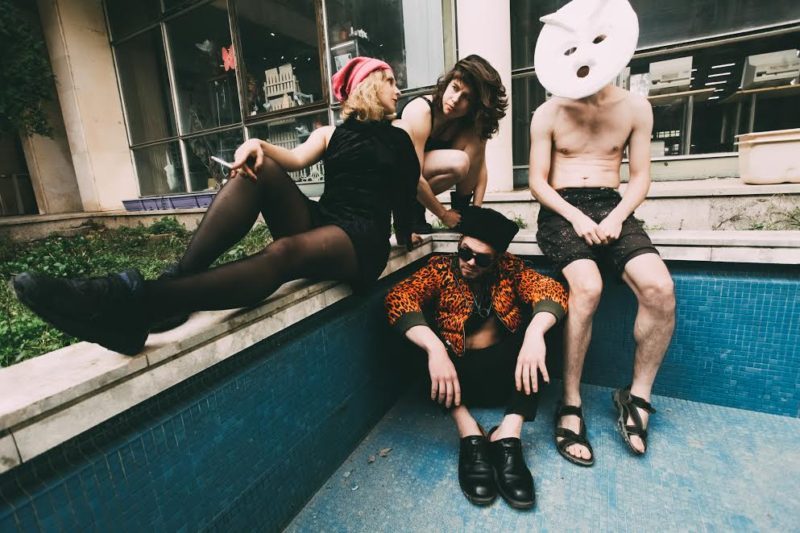 The northwest is certainly well known for its protests. Many of us have hit the streets (especially lately) and put our boots to the ground for any number of just causes and while there have been some great shows of solidarity in the upper left corner of the country, the band Pussy Riot from Russia is legendary for their protests. Using punk rock as a protest sign, since 2011 they have made waves on a global level and at one point paid dearly for it.

Back in 2012, in what the band says was a protest against Orthodox Church leaders’ support for Russian President Vladimir Putin during his election campaign, some of the members were arrested and charged with hooliganism, similar to disorderly conduct elsewhere. For playing music, they were sentenced to prison and experienced all sorts of atrocities we won’t get into here but suffice to say, they have a story to tell and it’s all true.

One of the founding members, Maria Alyokhina, wrote a book about her experiences and what the Pussy Riot movement has been through. And now via the arts and a new production called Pussy Riot Theatre: REVOLUTION, she is bringing their story, in a very audio and visual way, to stages in America. The tour will kick off in Seattle at The Crocodile on March 8, which happens to coincide with a Women’s Rally at Westlake Park to celebrate International Women’s Day.

We got the chance to catch up with Maria Alyokhina(Masha) on the phone in advance of the Seattle show.

Northwest Music Scene: Seattle’s the first day for the tour?

Pussy Riot: Yes, Seattle is the first one.

NWMS: Okay cool. How excited are you to bring this to the people?

PR: Well, we’re very excited, I think now is the right time for the revolution because we’re telling our stories and playing our songs about all that’s happened in Russia but I really do not believe that this story is only about us, I think this story is more about our time because all of these topics are not about Russia, it’s about all of us in this process, in this huge process, the Women’s March for example, and my thing is trying to unite.

NWMS: 6:00, not too far from the Crocodile, probably about four blocks.

NWMS:  I go to a lot of protests and marches and rallies, and there’s this feeling when I’m there like I’m part of some kind of a movement and we’re all on the same team, do you get kind of a similar feeling when you’re at a protest?

PR: Yeah, I think actually that community is stronger than government and our goals are stronger than orders. It’s not my first time in the United States, I have a lot of friends here and during these years I’ve really discovered that sometimes things for what you are fighting are stronger than your nationality or something like that.

NWMS: I agree. Some of our readers might not know much about Pussy Riot. Can you kind of tell us what the movement is about?

PR: Well, for me, I think it’s just fighting indifference because I was born in Russia and I certainly know that many people around the world were protesting with the same goals as me, and for me this phenomenon in the United States is very important. In Russia it’s a very difficult time the last few years since the Crimea crisis, and a lot of people immigrated or decided not to act anymore. And for me, it was about an action or the decision not to obey was right. Me, I believe in an experience in the form of an action, usually changing a lot. We started with activism, actions towards racists which we occupied legally and after that I think we moved to the courtroom and the prison where we started doing human rights fights. And after that we chose different forms of art and to me it feels like a combination of theatre and music and literature. So the importance of all that is not to be indifferent and to act, and to not stay silent in life.

NWMS: Yeah, we’re starting to see that more in America, where people are really getting involved in the protests.

PR: I think for the United States is really important because Trump can be a really big lesson for the United States, and you know that Trump is like an explosion, Trump is one of the symptoms of indifference. Many people didn’t go vote because they felt that rights and freedom lasted forever for them. If you aren’t fighting for what you believe, you’re open for the world to take you very easily.

NWMS: Along the lines of Trump, how do you think people in other parts of the world view Trump? Do they laugh at him and think he’s a huge joke, or…

PR: I think in the world, what can I say… I spent several months in Great Britain, and there Brexit happened, and it was the same thing there, nobody expected it, and it happened for the same reasons Trump was elected, people who are against Brexit and Trump for example. They thought that it was a big joke and that it was impossible, but anything is possible. I think it isn’t reasonable for the world to think what it looks like, but it’s important to think what to do with that, and now is the main time for this, because he didn’t become an obvious phenomenon, he didn’t become the usual thing. It’s still a surprise.

NWMS: What do you think is the biggest issue facing the human race?

PR: I think the biggest issue is freedom and for me, freedom is firstly a responsibility for yourself. For example, if we were talking about how government is related with equality, for example, it’s the context with saying that some people are strong and some people are weak. Some people, actually men, should always take responsibility for their actions and some people should not be responsible for that. It takes freedom from one people and gives double responsibility to others. I think this is not right. For example, I was working on the rights of prisoners for two years and I think the biggest mistake in the system in Russia, like in the United States as well, punishment is becoming the main concept of prison, and it shouldn’t be like that. Prison should be a place for, what’s the word…

PR: Yes, a place for preparation for after prison life, because it’s a full detachment from your family. But in Russia for example, in prison they are only concerned that prisoners are working like a slave. The prison system is just a needle of how government relates with constituents. It shows the relationship with the union…

NWMS: Yeah, it sounds like you’re quite knowledgeable about this because you’ve lived it, right? You’ve lived through a lot of this stuff.

NWMS: Ok, I have a question for you, I’ve read where in the early days, you used LiveJournal and VK to start a movement, I was wondering how important social media is, or the internet, to activism in general.

PR: I think especially in Russia it’s very important because all of the media belongs to put some sense, and social media is one of the largest things we have to communicate and unite. So of course, it’s one of the most important things, not like China where you have the government controlling or censoring the media.

NWMS: So, another question, and then we’re gonna talk about the show. How do you view the planet? Are you optimistic about the human race or not?

PR: I’m optimistic about everything because without optimism or a sense of humor in Russia you will just commit suicide.

NWMS: Yeah, because it’s like without hope, what are we doing? Okay, so tell me a little bit more about what we can expect to see at the show.

PR: It’s not a documentary spectacle, more of a manifesto which we decided to do. And we are people from the theatre, from contemporary arts and we felt we need to tell our story because it’s 100 years of Russian Revolution, so for us this is the time to speak as loud as we can.

PR: Well, you can expect US. 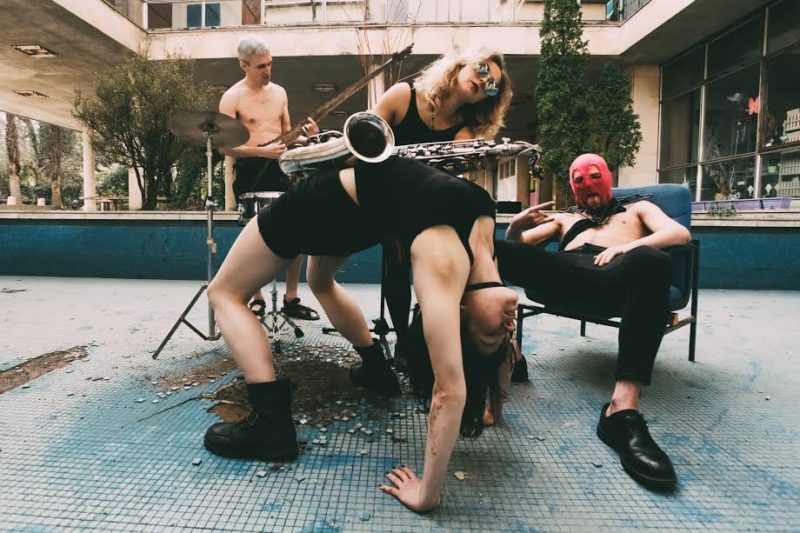