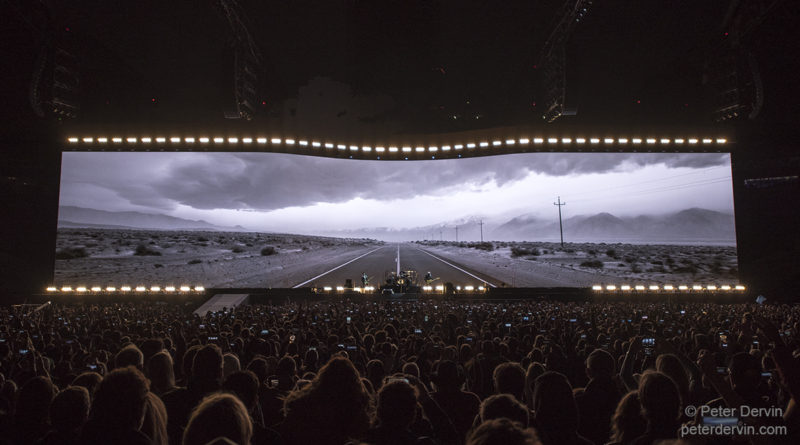 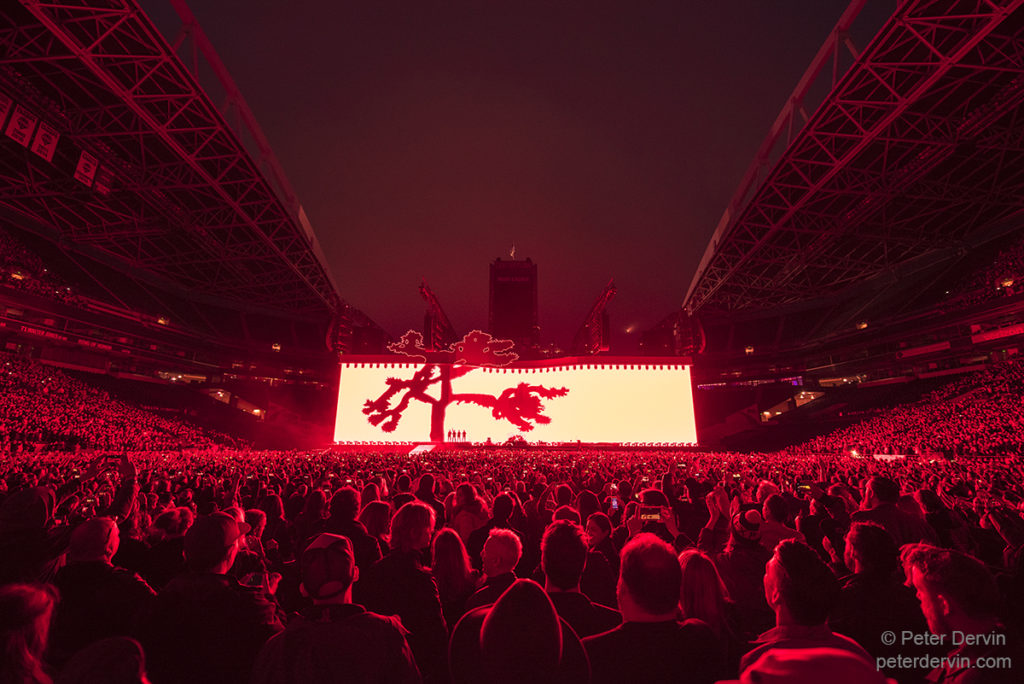 U2 opened their USA leg of The Joshua Tree 2017 tour in Seattle to a packed Century Link Field stadium of delirious fans as they walked onto the stage.

The stage was set up in two sections, one with a huge screen that ran from one side of the field to the other on the north end of the stadium, and another more intimate smaller stage where the men from Ireland began the evening with their classic song “Sunday Bloody Sunday.” As the first chords blared over the sound system, the fans rose to their feet and sang in unison.

Bono, The Edge, Adam Clayton and Larry Mullen Jr. thrilled those fans on the field with an up close performance that included “New Year’s Day,” “A Sort Of Homecoming,” “Bad” and “Pride (In The Name Of Love)” to kick off the first set of music.

This current tour from U2 is all about the celebration of their most classic album, “The Joshua Tree.” Originally released in 1987 with producers Daniel Lanois and Brian Eno, this album galvanized U2 as one of the most compelling and dynamic bands in the world.

After their opening first set, the band walked up to the grand stage with the first track from the album, “Where The Streets Have No Name.” As I was also photographing the show, this is when we were able to capture some of the action. Visually, the big screen presentation was amazing, tying in with the music as the band churned out each track in succession.

Now I have seen other bands perform their classic albums live before and frankly, it isn’t that easy. In most cases bands tour playing their most well known songs and add some new music. U2 was up to the challenge, performing great versions of “Bullet The Blue Sky,” “In God’s Country” and “One Tree Hill.” 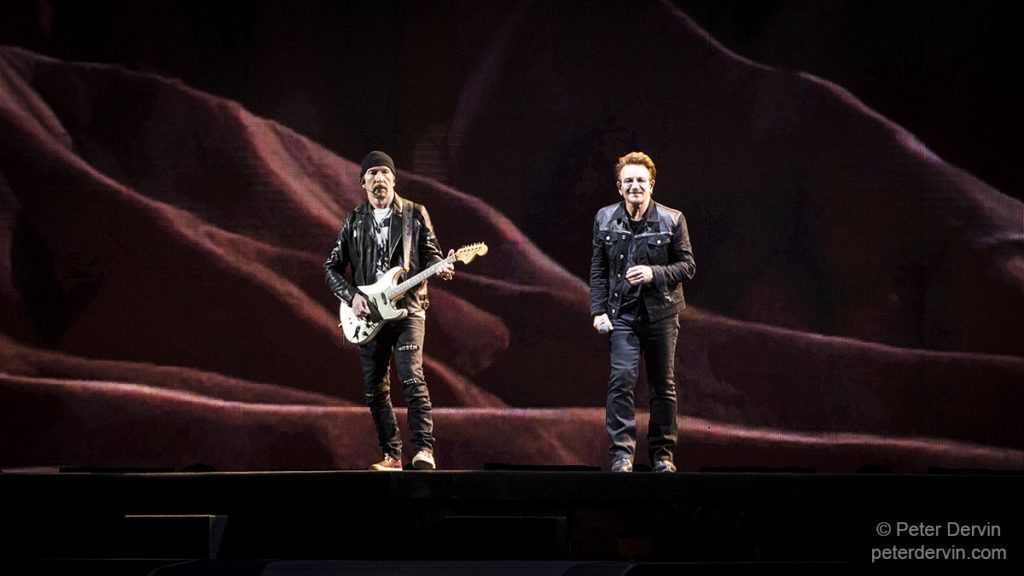 To close out the album set, and being Mother’s Day as well, the band presented a moving tribute to the many women who have impacted the world with their words and actions with the song “Mothers Of The Disappeared.” And as a special treat, Eddie Vedder from Pearl Jam joined the band on stage along with the openers, The Mumford & Sons, truly an amazing conclusion of the The Joshua Tree.

The band returned to the stage for a rousing encore that featured the songs “Beautiful Day,” “Elevation” and “Ultra Violet (Light My Way).” My two favorite U2 songs were next, both moving in their own spirit, the songs “One” and “Miss Sarajevo.” Hearing the Luciano Pavarotti’s vocal fill the air with his grandiose voice was chilling! Finishing up the evening was a new song entitled “The Little Things That Give You Away” and the classic tune “I Will Follow.” 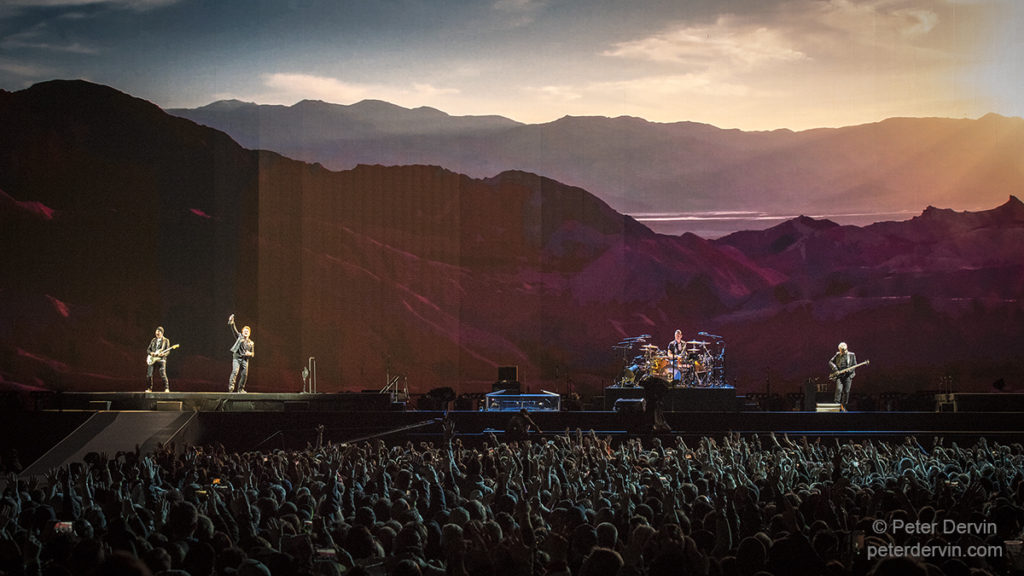 This evenings performance was amazing in so many ways but also so different than the last time U2 performed in Seattle on the 360° Tour in 2011. That tour was huge in size and presentation. This year’s performance was more stripped down which allowed the band to interact with one another which provided a great atmosphere.