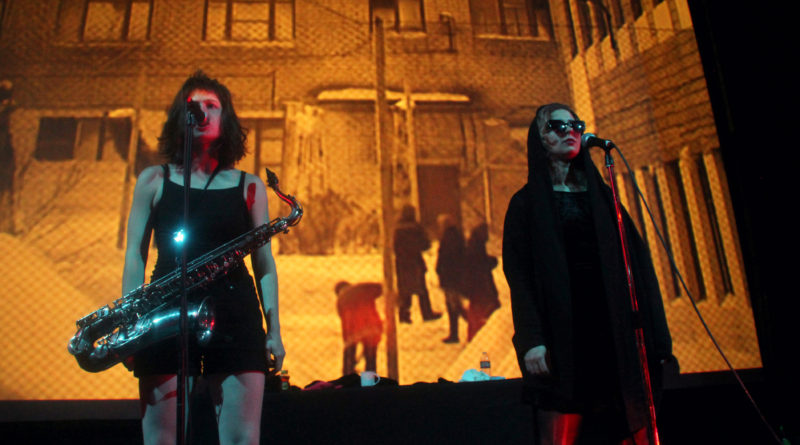 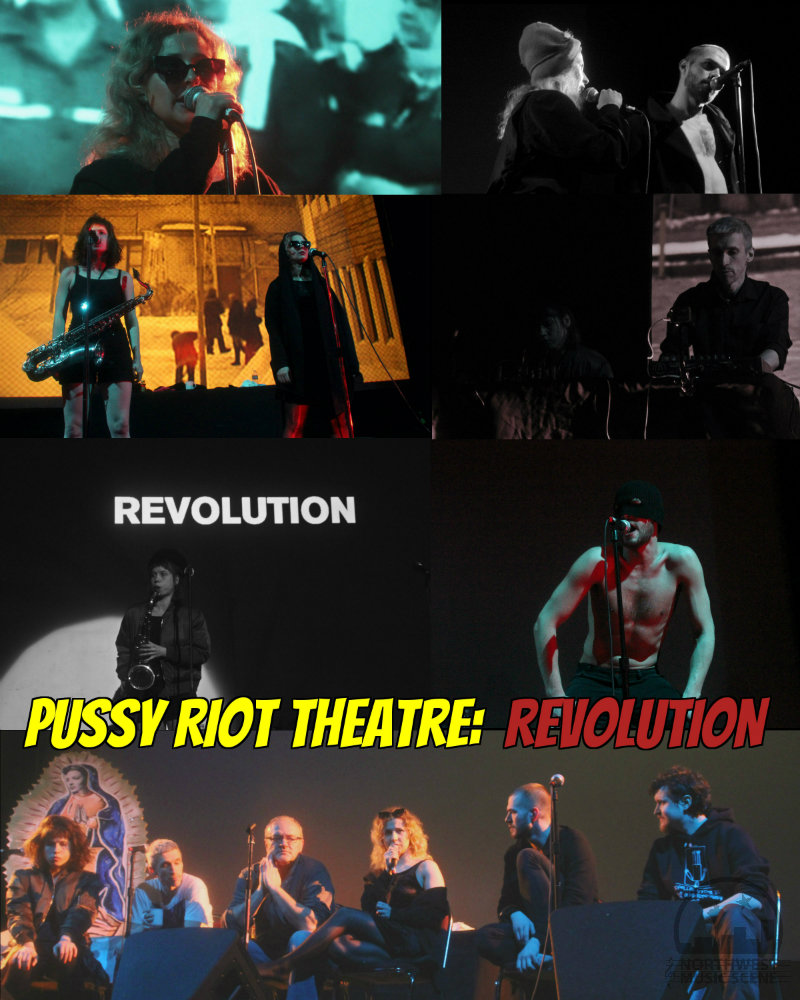 Earlier this week I had a nice chat with Maria Alyokhina (Masha) from Pussy Riot, and towards the end of the interview I asked her what fans could expect from the Pussy Riot Theatre: REVOLUTION show. While she explained briefly about what we would see, I think she herself had a bit of trouble putting it into words, partly because the show at The Crocodile was the world premiere and, well, the show is so powerful that’s it’s a bit difficult to describe. The performance is in a nutshell Maria’s unique way of telling her personal story of Pussy Riot.

I was fortunate enough to catch not only night one at the Croc but also to experience it again in Olympia last night. Although the Seattle show featured a full night of entertainment, I was scrambling between the Women’s Rally, The Moore Theater, where Ann Wilson was playing, and finally The Crocodile where I caught Pink Parts and Pussy Riot.

This was my first time seeing Pink Parts, but I will declare right now it will not be the last. Their energetic brand punch-you-in-the-face punk rock was the perfect way to excite the crowd and get them all sweaty and stuff before Pussy Riot Came out, and did they ever. The venue was packed for their set and they took full advantage of opening for the legendary Russian protest outfit, not letting off the throttle at all. 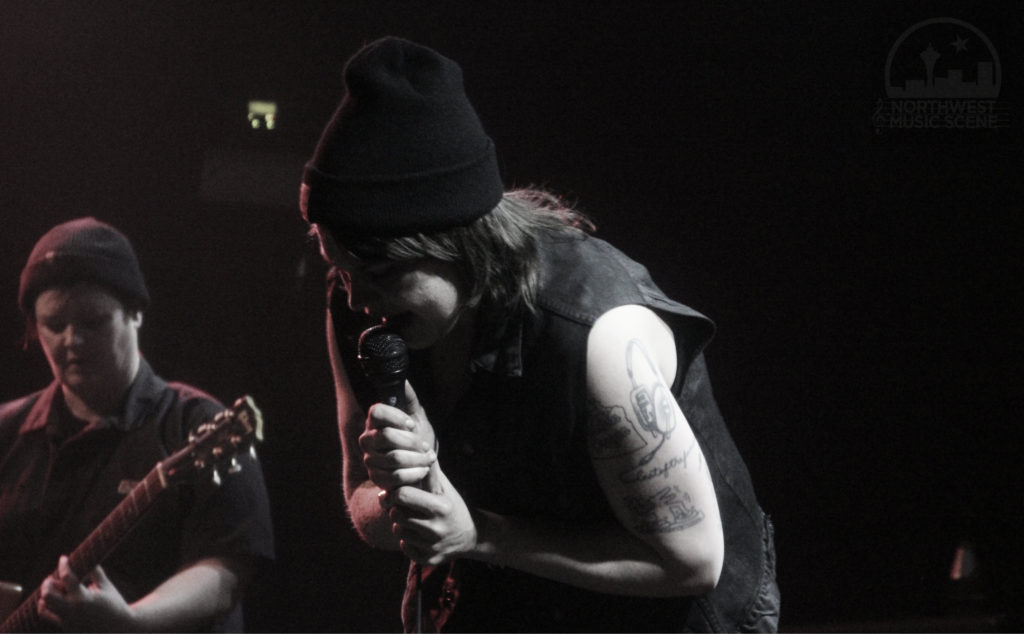 Once the stage was cleared between bands the stage hands eagerly began the build out of the Pussy Riot Theatre setup, which is fairly simple: huge projection screen at the back of the stage, where there was also a folding table for props, a DJ/producer setup to the left and 4 microphones spread evenly across the front. Joining Maria Alyokhina were Kiryl Kanstantsinau, AWOTT (Asian Women On The Telephone) psycho-punk music duo, and VJ Vasily Bogatov. While the Croc is a bit more intimate, the stage at the Capitol Theater is larger and more accommodating for the high level of activity throughout the show. That said, they made full use of every inch of real estate through both nights. 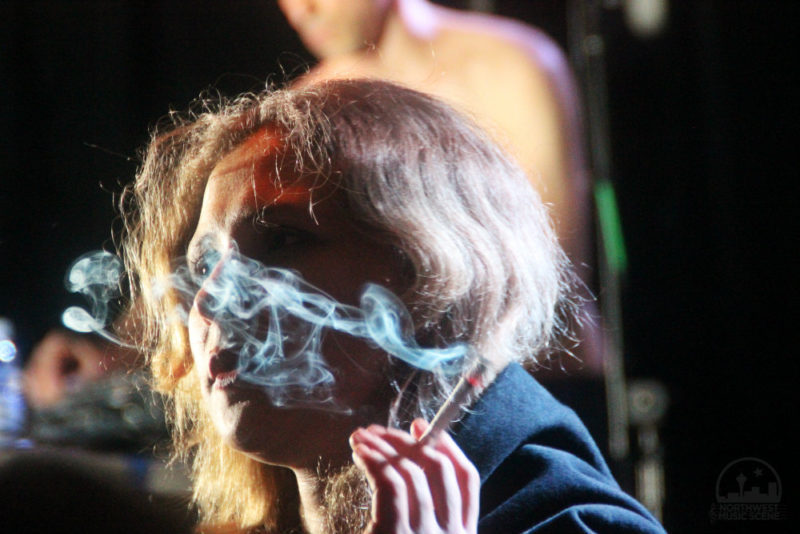 Both shows were similar, as it’s a well rehearsed production a year in the making, but there were subtle differences between performances, with some of the players going off script at times in Olympia, seemingly playing off the energy of the crowd. At times bright lights beam down on the cast members as they belt out spoken words in Russian behind a pulsating beat, often times accompanied by a saxophone, which, by the way, is the only live instrument aside from the stripped down drum set off to the side of the makeshift DJ booth. At other times the stage is nearly pitch black other than the projection screen in the rear, as the members slowly pace in a somber march around the stage, with a hood pulled tightly over Masha’s head. 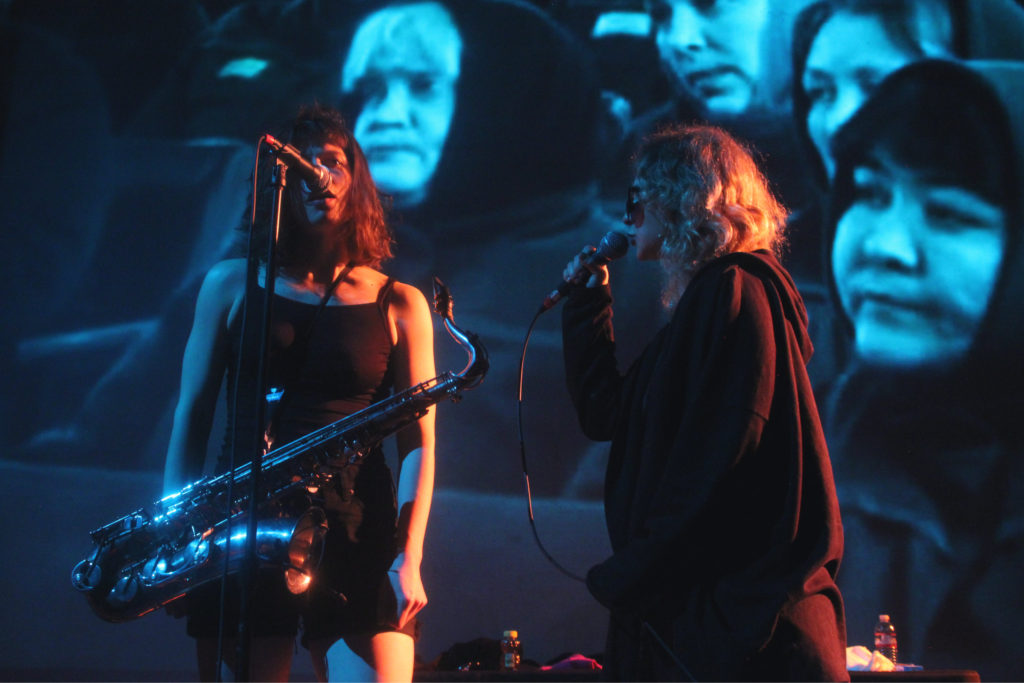 One thing that grabs you is that there are so many elements to the production. As the screen in the back is visually showing actual footage from the Pussy Riot movement, including arrests and tons of historically accurate photos of the members, it has English subtitles running across the top of the screen, as the cast members are telling Masha’s story in Russian. That part was particularly compelling, because it is very hard to watch the subtitles or even the visual footage and stay completely plugged-in to the live show at the same time, but that is part of the beauty of this. You almost don’t even need to know what they are saying to get a grasp of what is going on, especially if you are remotely familiar with the Pussy Riot story. 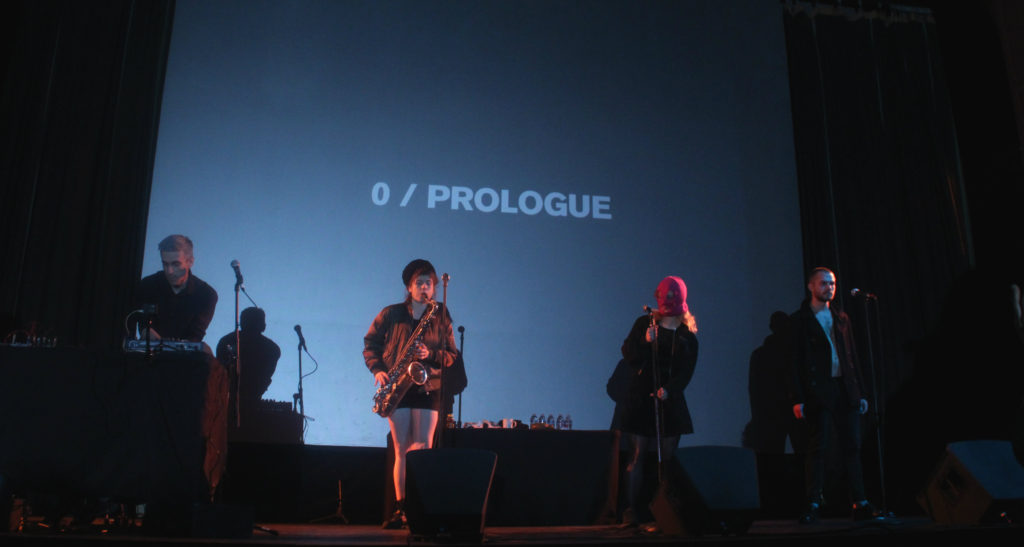 The hour-long performance is indeed powerful and mesmerizing and leaves most show goers with their jaws on the floor, it’s that powerful. It’s followed by a short Q & A where the cast members, as well as producer Alexander Cheparukhin answer questions from the audience about the production, the movement and life in Russia. If this show happens to be coming through your town and you give at least the remotest amount of shit about the plight of so many people on our planet, it comes with the highest recommendation from us to go see, or rather, experience it for yourself.

You can find more photos from both shows on the Northwest Music Scene Facebook page HERE and on Instagram.