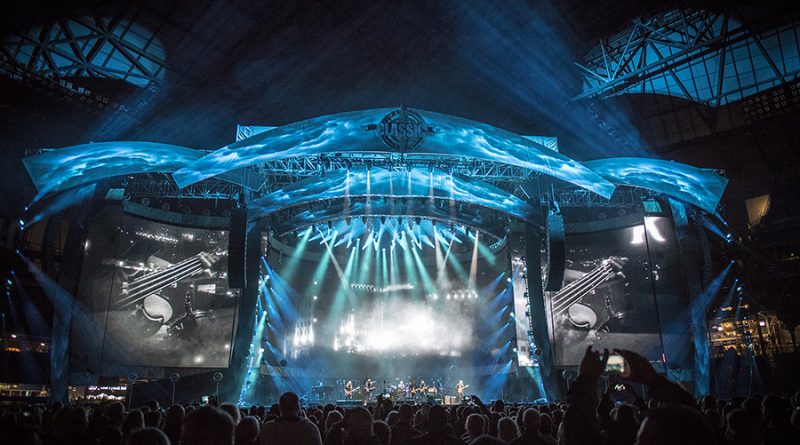 Following the successful Classic West and East concerts in Los Angeles and New York earlier this year, The Eagles and Doobie Brothers brought their classic rock music to a near capacity crowd at Safeco Field in Seattle for The Classic Northwest.

The concert began right on time at 7:00 pm as The Doobies hit the stage, kicking things off with their Billboard charting version of “Jesus Is Just Alright” to start off the evening. The Doobie Brothers continued with “Rockin’ Down the Highway” to set the tone for their opening set.

Since the early 1970’s, the San Francisco based band have been singing and playing their hits like “Take Me in Your Arms (Rock Me a Little While),” “Takin’ It to the Streets,” “Black Water” and “China Grove” and on this night in Seattle had everyone singing in unison through the entire show. For a band that has been performing for over 40 years, these guys played with youthful enthusiasm and had everyone on their feet.

After a quick intermission, The Eagles came onto the stage with acoustic guitars in hand. Their opening song was a cover of the Steve Young’s “Seven Bridges Road” which was a surprise considering their deep song catalog. But that was just the start of an evening full of classic Eagles hits. Joe Walsh introduced Deacon Frey, son of Glenn Frey, to sing “Take It Easy” to get the crowd going. Hit after hit proceeded with “One Of These Nights,” “Take It To The Limit,” “Tequila Sunrise,” “Witchy Woman” and “I Can’t Tell You Why.” Sharing the singing duties were Don Henley, Timothy B. Schmit and Vince Gill.

As the Eagles had everyone out of their seats, singing to every song, the time did finally come for Joe Walsh to explode. Joe performed a few of his classic songs including “In The City,” a crankin’ version of “Life’s Been Good” and a face melting “Funk #49”. I was seriously rockin’ out and I know that many Eagles fans were wondering what in the world was going on as the show shifted from smooth country rock to guitar trashing funk blues ROCK. It was fantastic!!!

After the Joe explosion, the Eagles closed out the set with “Life In The Fast Lane.” Upon their return to the stage after a brief encore break, the Eagles played their classic song “Hotel California” to their appreciative fans. The show closed out with another Joe surprise with a rippin’ version of “Rocky Mountain Way,” who woulda thunk? Finally the evening came to an end with a moving version of one of the earliest songs written by Don Henley and the late Glenn Frey, their classic “Desperado”.

Throughout the evening, The Eagles recognized their past with a tribute to Frey and a shout out to Randy Meisner. The additions of Vince Gill and Deacon Frey was fitting and the other musicians in the band on drums, piano guitar, horns and strings accentuated these timeless songs. After 45 years of playing together, The Eagles soared in this performance at Safeco Field. I’m not to sure how many more times we’ll see these guys come around but it sure was a great evening to take in some classic songs and music of a generation.