Music fans of the Pacific Northwest, hello and welcome back to our third annual year-end daily countdown, 100 Bands in 100 Days, where every day until December 31st, we’re showcasing a new band or artist you have to know about, presented by Verity Credit Union. Follow the #100Bands100Days hashtag on Twitter to stay on top of all the bands featured and make sure to follow Verity on Twitter as well. Some days the featured act could be an established and locally-adored northwest-based musician that perhaps you haven’t been turned onto yet, and other times they could be a band with a small following that just hasn’t had their deserved time in the sun yet. Either way, we’re fairly confident you can come away from this daily segment with plenty of new favorites. Today’s musical offering is a young band called LocoMotive from Snoqualmie. 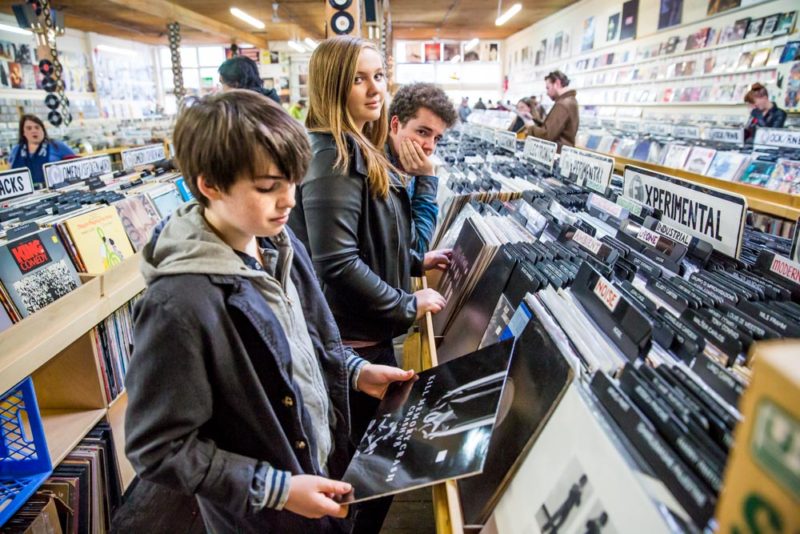 The northwest has had it’s share of young rockers, that despite their young ages, had already begun to lay the foundation for what looks to be promising careers. We’ve seen Amanda Hardy, Jason Kertson and Nolan Garrett steadily climb the ladder and all started before they could legally drive. And before these south sound rockers graduated elementary school, we saw Vicci Martinez  tearing it up while in her mid-to-late teens. And of course we all know what Pig Snout is doing right now. One good litmus test for a young band is to let people hear them without saying how old they are, that removes the “they’re pretty good for their age” type of scenario. LocoMotive is one of the bands that could easily pass that test and I would venture to say that after listening to them hardly anyone would guess that none of them are old enough to drive to gigs.

I can tell you that a year has made a huge difference with these kids. We featured them in our 50/50 last year and while they were certainly good enough to catch our attention then, they are miles ahead of where they were last year. While everyone in the band has improved, the thing that seems to stand out as most improved over last year are the guitar chops thrown down by the very capable Ryan Horn. He lists his guitar hero as Eddie Van Halen and since EVH is my favorite all-time guitar player I’m not gonna argue with the kid, plus Ryan REALLY does shred. On their latest release No Toby No!!! they all three blast out of the gate on the first song “Take Your Steps” and they never let up.

LocoMotive is a young trio of rockers from Snoqualmie, WA. Bella Mariani and brothers Ryan and Ethan Horn are bent on fusing metal, rock, alternative, pop and punk genres into high-energy songs that grab your attention and don’t let go. Ranging in ages from 12 to 15, LocoMotive is a young band who started performing in 2012. With over 100 shows under their belt in Seattle venues such as The Central Saloon, Chop Suey, The Funhouse and others, LocoMotive is aiming to participate (some day!) in EMP Museum’s Sound Off! competition for bands 21 and under performing original music.

LocoMotive is a trio with intense musical chemistry. Controlled chaos by brothers Ethan Horn (drums) and Ryan Horn (guitar) and unapologetic vocals/bass by Bella Mariani come together for impressive, distorted, heart-pounding music. They epitomize the phrase “ball of energy.”

If they keep improving at the pace they are on, they will be at the top of the rock game in the northwest within a few years, there’s little doubt about that.