Music fans of the Pacific Northwest, hello and welcome back to our third annual year-end daily countdown, 100 Bands in 100 Days, where every day until December 31st, we’re showcasing a new band or artist you have to know about, presented by Verity Credit Union. Follow the #100Bands100Days hashtag on Twitter to stay on top of all the bands featured and make sure to follow Verity on Twitter as well. Some days the featured act could be an established and locally-adored northwest-based musician that perhaps you haven’t been turned onto yet, and other times they could be a band with a small following that just hasn’t had their deserved time in the sun yet. Either way, we’re fairly confident you can come away from this daily segment with plenty of new favorites. Today’s musical journey takes over to a little town called Poulsbo for a band called Skinny Blue. 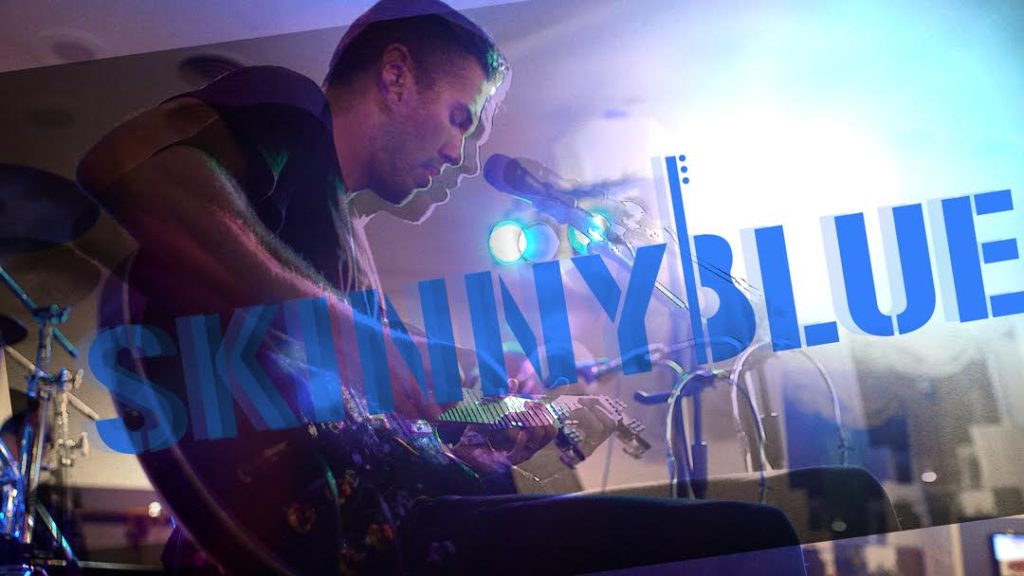 This series is about music discovery and turning people on to artists they likely have never heard before that we think should be heard. Today’s artist is about as filthy of a traditional blues player as you will find anywhere and of all places, he’s over in Poulsbo. Poulsbo is a lovely town but it’s probably not the first town you think of when you think of the blues, it’s not exactly ground zero and it’s about as far away from Clarksdale, Mississippi as you can get in the contiguous United States. In spite of those things, Skinny Blue’s sound demonstrates that he’d be just as at home in the corner of a dirty, smoke-filled juke-joint somewhere along route 61 as he would in the great northwest. His raspy, growling vocals are well suited for the stripped-down acoustic blues tunes that he creates and covers.

Born in Cape Town South Africa and raised in Hong Kong, Thys (aka Skinny Blue) has seen and heard a wide range of culture before settling down in the small Viking town of Poulsbo. He started playing guitar in Junior high after seeing a Pearl Jam video on MTV, and has been in various bands for over 20 years. He’s passionate about passing on the Blues to a new generation, and re-interpreting many classic rock songs into their simplest forms. Comfortable as a solo act or full band, Skinny Blue leads listeners through the rich history of the of the Blues with a modern day approach (and a few surprises along the way). “I poured myself into records from the the old Blues tradition and then let that spirit roll into my originals.”

Obviously a student of the genre, Skinny Blue has a huge upside in the world of the blues. We can’t wait to hear more from him.

(You can check out Skinny Blue on Facebook and you can listen to “Fire of 1914” via Soundcloud below.)