Ladies and gentlemen, hello and welcome back to Northwest Music Month 2016, where we’re featuring a different local band or artist for your music discovering pleasure every day during the month of June, to help ring in a summer of local music. Some days these artists could be a regional favorite that’s already got a following, and other days they could be a complete unknown that you’ve never heard of. To close out this weekend, we’d like to turn your eyes and ears onto the work of one of the finest rock and metal outfits to grace the Pacific Northwest in recent memory, Teacher! 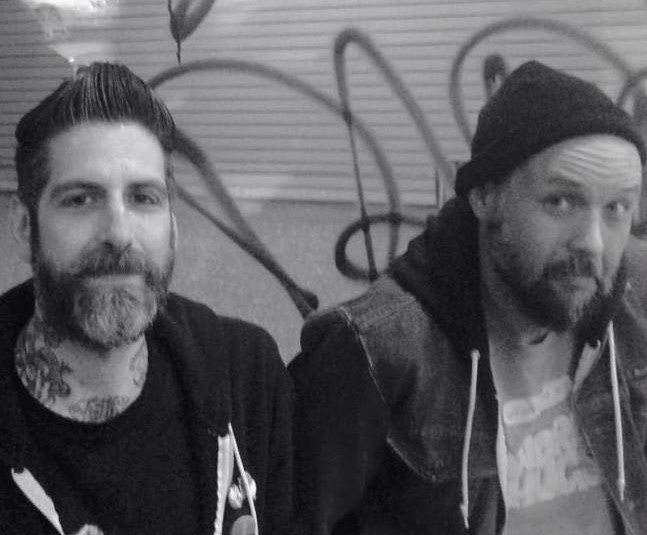 Comprised of long-time friends Jon and Ari, these guys’ history began in the productive Bay Area music scene, before the two eventually reconnected in Seattle and formed Teacher. In the time since their debut EP, EP1812, which came out just last year, Teacher has had one hell of a come-up, amassing a passionate following thanks to not only their music, but for their raucous and unhinged live shows, whose strength has given them the opportunity to open for such acts as Jucifer and The Skull. Listening to the band’s music, it’s not hard to see why they’re as steadily-rising as they are. Their music doesn’t just pull from just any kind of metal music; it’s heavily inspired by stoner metal heavyweights, as well as classic names in 1970s rock and metal. Imagine the catchy ferocity of a band like Torche, now imagine them collaborating with peak-era Led Zeppelin, and giving all their songs a playful and primal edge.

Released just two days ago, Teacher’s debut full-length record Teacher isn’t just any ordinary contemporary metal record. These guys have some serious chops, and their long past together is evident in their natural chemistry, in which the members are constantly playing off of each other and consistently pushing each other to the next level. It’s hard to believe that this is only their first full-length record when listening to it; they display the sort of musical finesse that you’d stereotype a band that’s been together for 15 years to have. Songs off this record like “Heavy Metal Parking Lot 1979″ and “Panopticon” are unapologetically infectious and body-moving metal songs, and have the sort of rascally energy you would expect from a band on their record label, Devil’s Child Records.

Great metal music comes in waves in the Pacific Northwest, and bands like Teacher are proof of why. Great songwriters, tight musicians, and full of just enough piss and vinegar to make their music an accessibly wild ride, Teacher shouldn’t be overlooked.

If you would like to have your band submitted for a chance to be featured in this segment, consult this link for more information on how you can do so. Submissions for Northwest Music Month will be taken until the end of today, Sunday, June 19th, so make sure to get your submission in as soon as possible!