Make sure you are checking the #100Bands100Days hashtag on Twitter on a daily basis to stay on top of all the bands featured and be sure to follow Verity and NW_Music_Scene on there. Some days the featured act could be an established and locally-adored northwest-based musician and other times they could be a band with a small following that just hasn’t had their deserved time in the spotlight yet. Either way, we’re fairly confident you can come away from this daily segment with plenty of new favorites. Today’s featured act is The Black Tones.

Earlier this year one of our favorite local bands dropped an absolute gem that found its way into a whole lot of ears of music lovers of the northwest and beyond. We reviewed Cobain & Cornbread in April and we still spin it regularly around here.

Here’s some of what we had to say in the review:

Twin siblings Eva and Cedric Walker strut the rock ‘n’ roll tightrope as The Black Tones without so much as a faulty shake. Their sound can be summed up by the title of their fulfilling debut record, Cobain & Cornbread. Equal parts Southern humidity and Seattle overcast, the Walker’s twist on head banging and the blues is matchless.

The sexy lifter “Ghetto Spaceship” pummels as it sways. Open hi-hat, vibraslap, cowbell, revving riffs and Eva Walker’s soul-filled grungy growl is like pecan pie to the face at 45 rpm’s. Follow up “The Key of Black (They Want Us Dead)” is a long burner. Eva’s guitar howls and hunts as Cedric’s drumming ruminates the deeper meaning. Released last year, “The Key of Black“ is stark (“we want peace, they want us dead”), politically sharp (“we pay our taxes, they want us dead) and merciful (“and we love you, but they want us dead”).

Give them a listen below and if you are new to this band, get ready to become a hardcore fan! 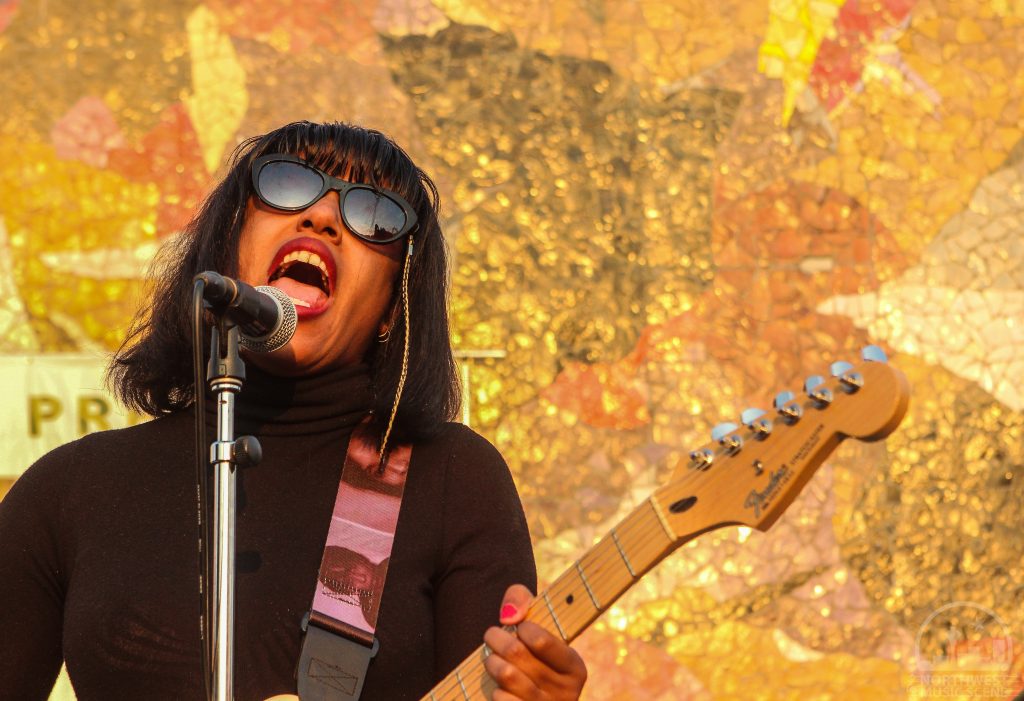