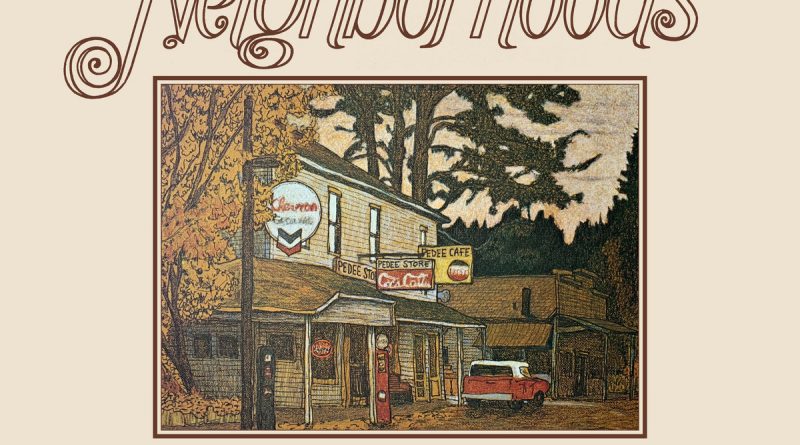 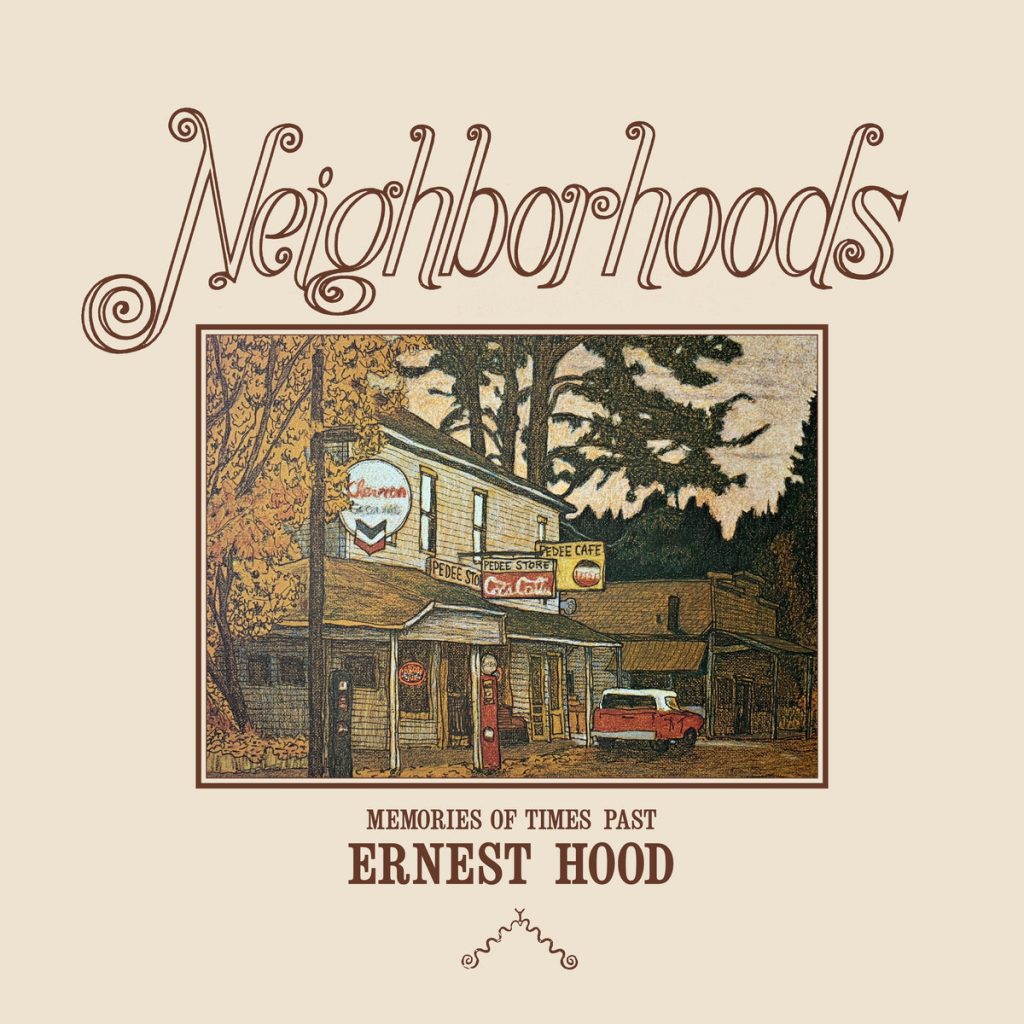 The once, bashful sheen refracting off synth-y new age leaning music was probably misunderstood, so it’s not surprising tastemakers and musicians alike continue rehashing ‘lite’ records we may have dumped off at our local thrift store. An experimental one-off with New Age sensibilities, blooming soundscapes, and nostalgia such as Ernest Hood’s 1975 Neighborhoods, deserves and has received a generous new reissue.

Originally released by Hood on Thistlefield and Rexius Records, Neighborhoods (Hood’s lone recording) was typically given away for free. A dense field recording swathed in whiffs of ambient patchouli sounds as curious as ever. Neighborhoods (reissue courtesy of Freedom To Spend) elevates with a pristine care and ear for Hood’s ‘travel tapes’ as it swarms with voices, automobiles, insects, and seasonal shifts, paired with Hood’s zither and keyboard reverberations.

“Saturday Morning Doze” unwraps with dogs barking, children calling out, bird chirpings, and percussive shakes. Hood’s zither plucks and feathers into a rising and fall of a silvery melodicism on keyboard. The heavy use of pitch control zings and zaps into a pastoral background setting the table for the entire record. He pivots his field recordings and loopings to balance his sun-streaked playing, lifting the chattering of birds, diesel engines, and youth into a time altering stare.

There’s a familiarity striking follow up “At The Store”. Riding parallel to my memories of Beverly Clearly’s ‘Ramona’ mini-series on VHS, Hood’s inclusion of cars motoring away to children laughing lands as recorded voices discuss beverage consumption choices as their bottles clink, maintaining a distinct rhythm and sepia quality. The opening crickets on “August Haze” wash into a distant organ and crystalline zither. The final two minutes, exit gently with the crickets loud in center, dogs woofing, kids hollering, and a recording of some old-timey music referred to by a voice as a ‘Hindu standard’. Shortly thereafter a boy named Michael is chastised for getting wet. “The Secret Place” opens and ends with a thunderstorm. There’s a sleep-inducing lullaby woven near the top as the melody brings to mind the grainy nature videos from 7th grade life science.

Hood, a guitarist with a bent for big band jazz, contracted polio in the early 1950s. The disease left him wheelchair bound and unable to hold his guitar upright. Instead of calling it quits, Hood chose the zither and pursued what he called ‘audio postcards’. Capturing sounds from around Oregon, Hood began preserving moments for those restricted to indoors and by 1974 had the narrative he wanted to share.

The lengthy “After School” begins the second half wobbling a country-fried, pitch induced version of something Atari could’ve swiped. It incorporates a familiar childhood round in between the bouncing of a basketball, passing automobiles, hide ‘n’ seek, and the call out of ‘popsicle’ and ‘olly-olly-oxen-free’. “Gloaming” follows “After School” with a natural succession of birds and children calling forth. The percussive clinking of metal warms Hood’s melody as a boy asks his grandfather about his river steamboat memories. “From The Bluff” comes across as the most musically direct. Hood’s zither playing/looping is tastefully arranged. The spliced dialogue, firework pops, distant carnival sounds and clapping, paste naturally into Hood’s strums and the dominant pulse of evening. Album send off, “Night Games”, gives a generous coating of keys, ‘kick the can’, ending with the most triumph release of synth and chimes.

The notes Hood plays and maybe equally, those he doesn’t, invite continual warmth to Neighborhoods. There’s a princely sense of space and awareness for the future woven in Hood’s past. Not so much a wish of yesterday but a bow to what memory continues to give.

(Check out ‘Neighborhoods’ via Bandcamp below.)