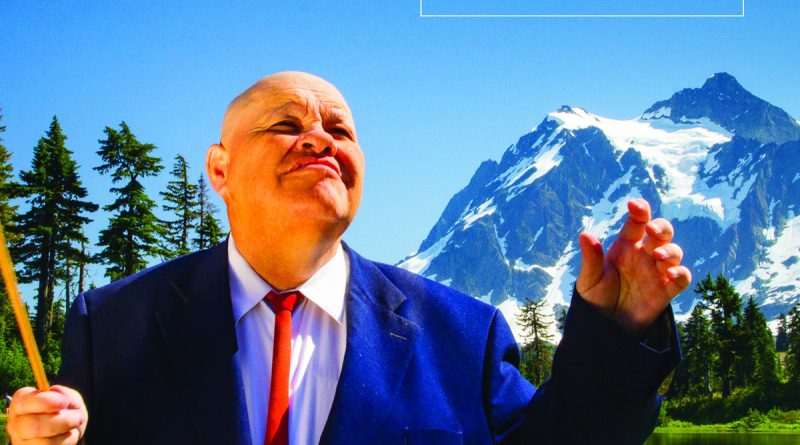 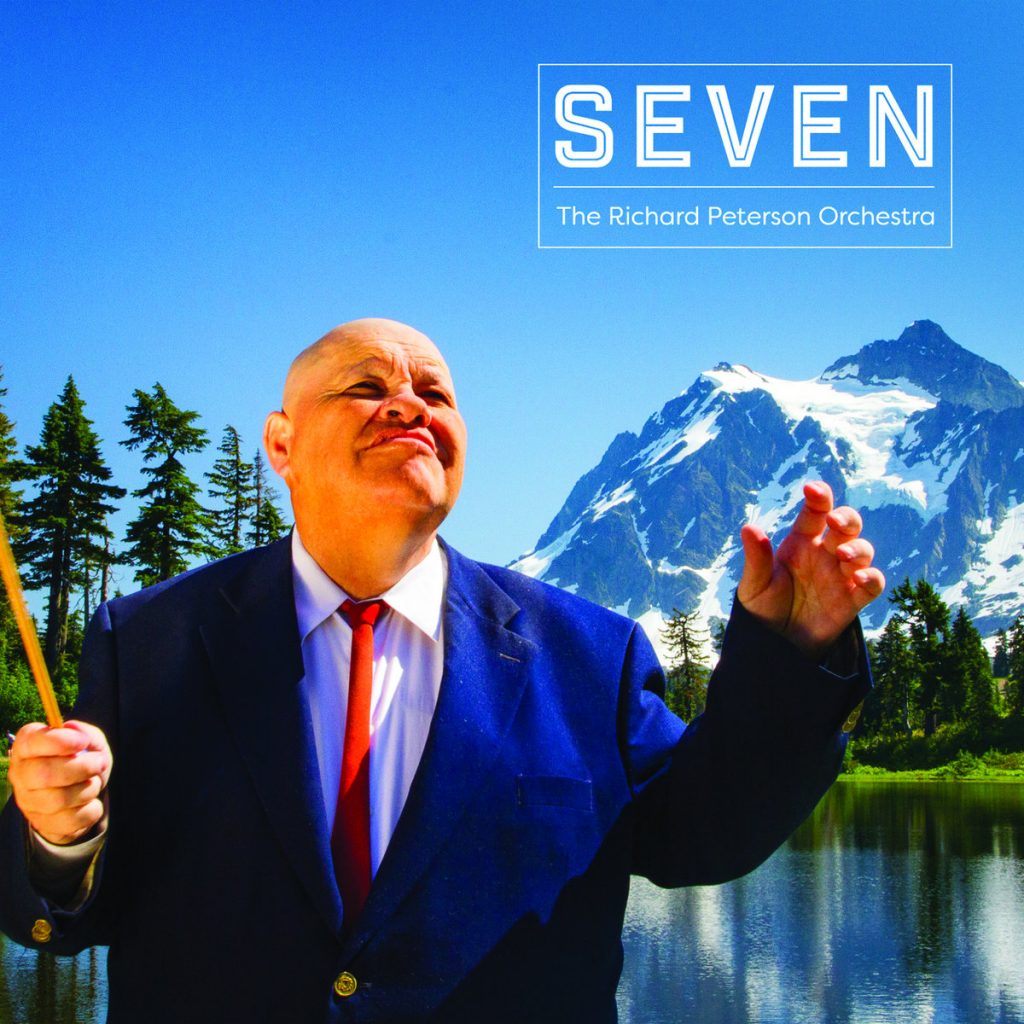 There’s no two ways about it: Richard Peterson is a bonafide Seattle institution. Maybe you’ve seen him outside the sporting arenas on game day, playing his trumpet for spare change, in the finest tradition of busking. He released his first single, “Want to Be in the States”/“Let’s Take a Trip to Spokane,” in 1976; Richard Peterson’s First Album followed in 1982 (trivia: my very first publicity job was writing a press release for the aptly-named The Second Album in 1983). He’s recorded with the Young Fresh Fellows, and opened for Jeff Bridges’ band the Abiders, when they play Seattle. There’s even a movie about him; Big City Dick: Richard Peterson’s First Movie (2004).

Turns out he’s something of a renaissance man as well. For on Seven — his first album in over a decade — he not only plays trumpet, but also trombone, French horn, oboe, piano, synthesizer, bass, drums, and the harp; it’s left to Fritz Klein to play violin (and I’ll bet Richard could take up that instrument if he tried). It explains why the album’s credited to “The Richard Peterson Orchestra.” Peterson also wrote most of the album’s 15 tracks, which were primarily composed in the first decade of this sparkling 21st century, according to the copious, and handwritten, liner notes.

The instrumentals are highly atmospheric, like soundtracks for movies that you can see unfolding in your mind. “The Ghost Trumpets” (a pretty evocative title, that) opens with what amounts to an extended, almost rhapsodic, introduction of a minute and a half before the trumpets come in, their harmonies building over the piano’s vamping, ultimately creating a stirring symphonic landscape. “Midnight on Fire Dome Mountain” has a propulsive beat that makes it perfect driving music. Peterson’s liner notes for “Canadian Serenade” paint an excellent picture: “Composed on June 20, 2001 in Dawson, Yukon, at a Catholic church piano. This piece starts out with weird chords. Then the main song which is sound[ing] like a Supertramp tune but not quite. It got some fancy chords (F#, C#, Bb, C major). It came from a piece of music used on ‘Men Into Space,’ a 1959-60 Ziv TV series.”

“Ziv” refers to the production company Ziv Television Programs, who produced and distributed TV shows. One show they were involved with was Sea Hunt, and “Amphibian Disco” is a moody variation on a theme heard in that series. “Nocturne in Blues” has a retro feel (the first minute would’ve worked well in Twin Peaks, underscoring a scene between James and Donna), and “The F.H. Blues” takes French horns in a decidedly unexpected direction.

I found the instrumentals to be the stronger tracks on the album. For me, the tracks with vocals on them (provided by a variety of singers, as well as a group, the George Gleason Singers) lacked the otherworldly feeling that’s found on the rest of the album, though admittedly “I Hear Those Ziv Tunes Once Again” has a dreaminess as it opens the album, dropping in references to Peterson’s own pastimes along the way (“I watch some Sea Hunt every day”). The deadpan vocals on “Ziv Supremes” (which opens with a bit of “Where Did Our Love Go?”) gives the song an edginess completely absent from the original. And “American Celtic Dance,” a dismantling and reconstruction of “Skip to My Lou,” features the off-kilter non sequitur “Skip to my Joe, my Michaels.”

Seven stands as one of Peterson’s most diverse works, with sudden changes in genre, arrangements, and mood. And now that his recording career is up and running again, Green Monkey Records has plans to reissue his entire catalogue. You can’t keep a good man down.

(Check out ‘Seven’ below via Bandcamp and get more info about Richard Peterson HERE.)