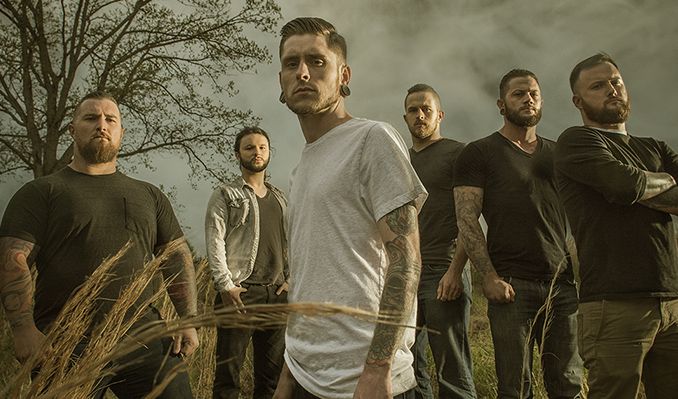 Having spent several years lauded as one of the frontrunners in their genre, in 2012 Whitechapel stand as a defining force in contemporary heavy music. Building dramatically on the trademarked bludgeon of their first three releases, with Whitechapel the Tennessean sextet have inarguably delivered their most intense, dynamic, and downright hostile record to date. Drenched in atmospheric darkness, the record is also rife with gripping melodies that drag the listener in to the tumult, willing or otherwise, and across its ten tracks it is infused with an emotional depth that pointedly separates the band from the plethora of two-dimensional mosh-starters that have sprung up in their wake.

“These songs are some of the best material we have released to date, and the whole vibe of the record compelled us to self-title it,” states guitarist Alex Wade. “With every record we strive for something different – we’re always going to stay true to what Whitechapel is, but we want to evolve and do something that is fresh and engaging both for ourselves and for the people who support us.”

Tickets to the band’s upcoming performance at The Showbox performing the album in entirety can be found here.