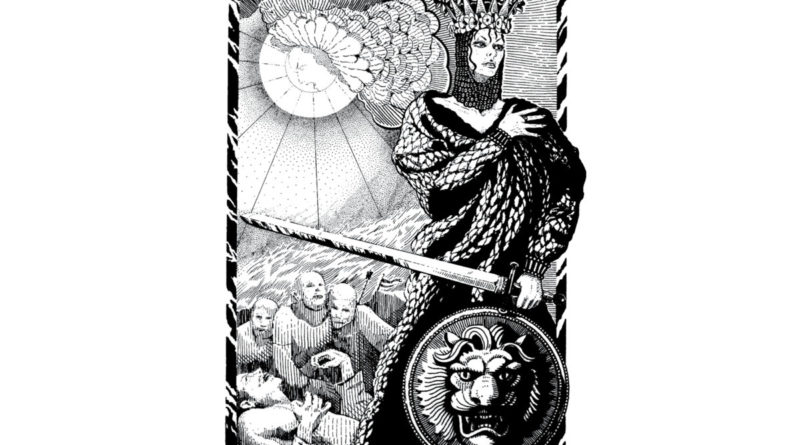 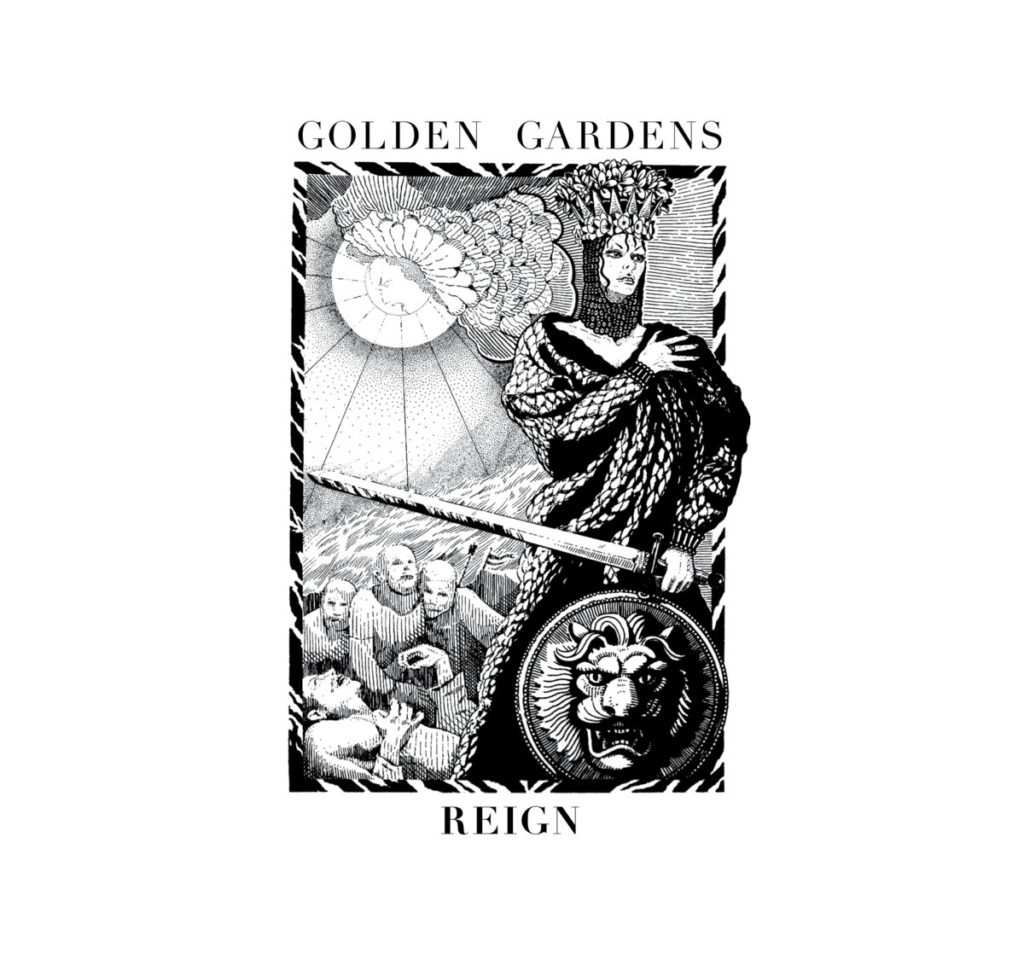 It’s no wonder the word “seductive” comes to mind while listening to Golden Gardens’ third album, Reign. After all, the opening track, “La Belle Dame Sans Merci” (“The Beautiful Woman Without Mercy”), references one of the most seductive women in literature and art, the “Full beautiful … a fairy’s child” of the 1819 John Keats poem of the same name (which was itself based on Alain Chartier’s 1415 poem of that name; the “Beautiful Woman” has also been depicted in paintings by John William Waterhouse and Arthur Hughes, among others). When Aubrey Bramble’s cool, dreamy vocal sings about being lulled to sleep “forever,” it’s alluring and tantalizing. You can readily imagine willingly laying down and drifting off into that eternal sleep.

Female archetypes appear throughout the album (as well as the cover, featuring a line drawing of an intimidating warrior princess). The song “Dream of Venus,” was inspired by the Salvador Dali exhibit of the same name at the 1939 World’s Fair, which Bramble considered “a surrealist review of the Divine Feminine in its varied forms, both exalted and condemned,” in the words of the press release. The video, inspired by the work of surrealist filmmaker Maya Deren, has Bramble as a decidedly Northwest Venus, not rising from a frothy sea surrounded by angels, but alone on a chilly, desolate shore. Elsewhere, she contemplates a chess game played by men who seem impervious to her presence, keeping her at a distance, as you hear her singing about terrible dreams she can’t escape. As a dream of the goddess of love, it’s most unsettling.

Golden Gardens features Bramble and Gregg Neville on guitar/bass/synths/percussion (they’ve since added a drummer), and Reign is a haunting and mesmerizing work. The synths create a lush backdrop for the songs, with Neville’s guitar adding some texture. And what makes the music especially enticing is the mix of soothing melodies and lyrics that bite. “Immortality Forever” seemingly celebrates just that — if you overlook the references to dark desires and pleas to “dig the knife in deeper.” Similarly, the love expressed in “Light of the West” is an all consuming force, turning the object of desire into “My prisoner, my prize.” And there’s no need to say why you should wary of someone describing themselves as the “Queen of Air and Darkness” (sample line: “Your pain makes me whole”). The songs are filled with a sense of foreboding, but like a compelling mystery, you can’t turn away; you’re taken in, spellbound.

This is an album of gorgeous sounds and potent thoughts that you get more out of with successive listen, as you’re drawn deeper and deeper into the magical, mystical, ominous world that Golden Gardens creates.

(You can watch the video for “Dream of Venus” below and get more info at the Golden Gardens website HERE. You can also check the band out live on Friday, April 14, at Barboza in Seattle. )