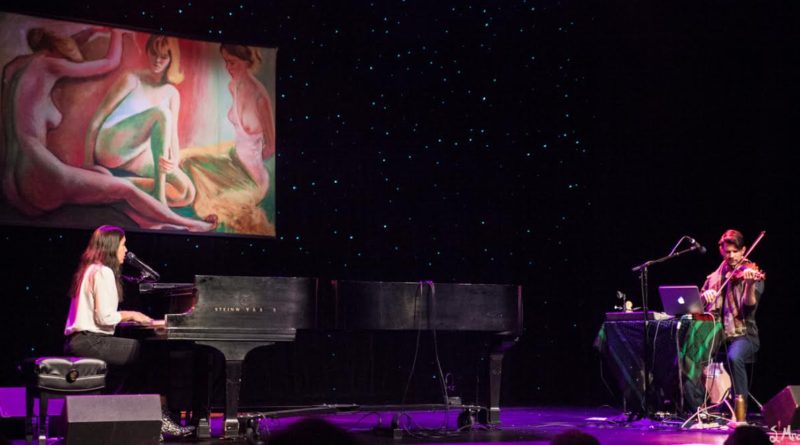 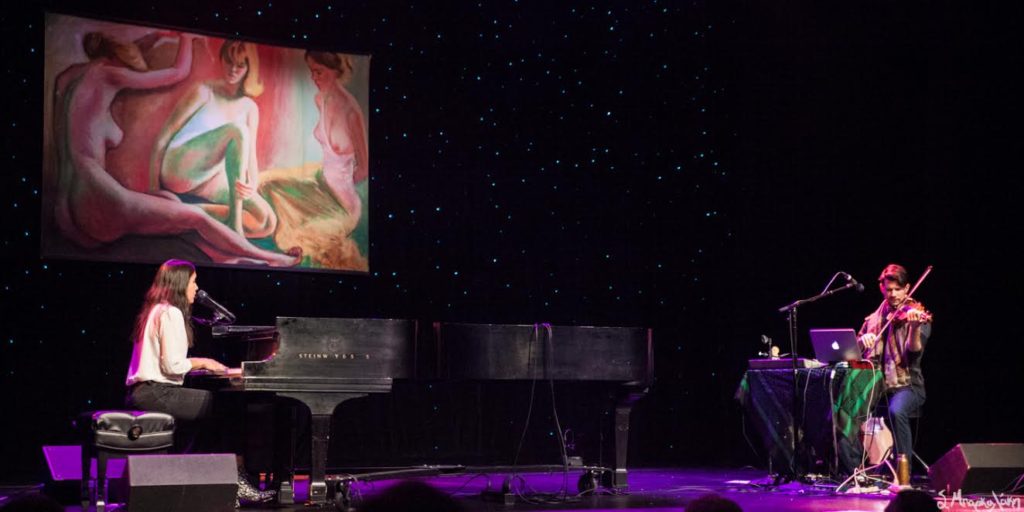 Vanesssa Carlton, the singer/songwriter recognized for her 2002 Grammy-Nominated single “A Thousand Miles,”made a stop at the Triple Door last Thursday for two intimate sold out performances.  We had a chance to catch the early show, which was also being streamed to a few children’s hospitals around the US.  Carlton who has released five studio albums has continued her musical journey outside the mainstream scene and has found a way to flourish and develop her own artistic voice. 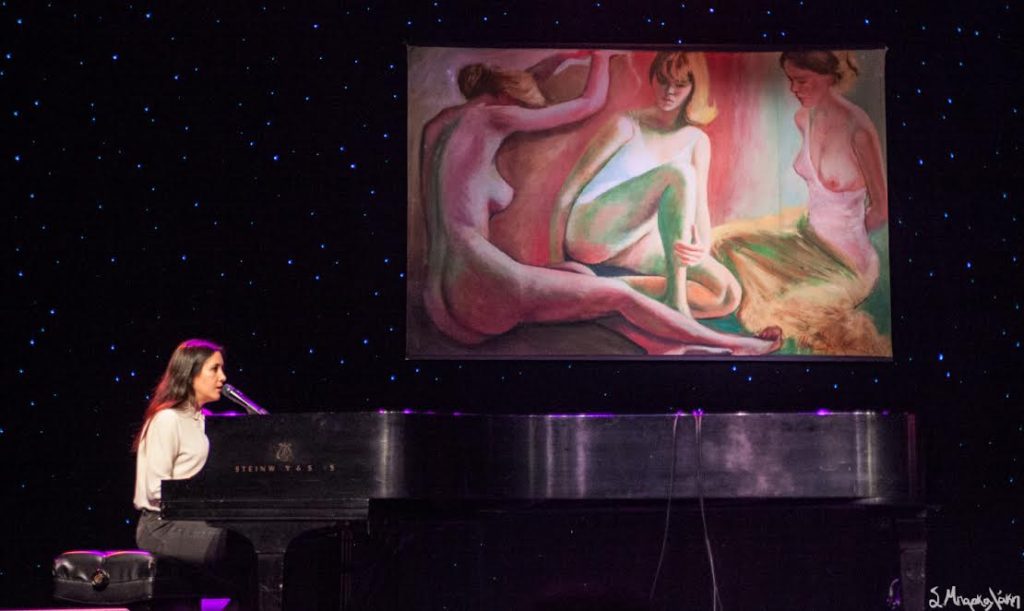 The stage was equipped with a huge black piano in the middle where she sat, along with a setup for the one touring musician accompanying her. He played the violin for most of the songs but also ran the pre-recorded sounds via a laptop.  She took the stage smiling and said hello to everyone and jokingly said “Let’s go ahead and escort the elephant out of the room right away,” starting the night with “A Thousand Miles.”

Her ability to stop after almost each song and banter was surprising and it was one of the highlights of the night.  It helped make the performance feel very intimate, almost as she was playing in your living room.  She shared a few stories, most notably one about the painting that was hanging in the middle of the room.  It was done by her late grandfather who inspired her latest record Liberman, which was her way to honor him and his work. 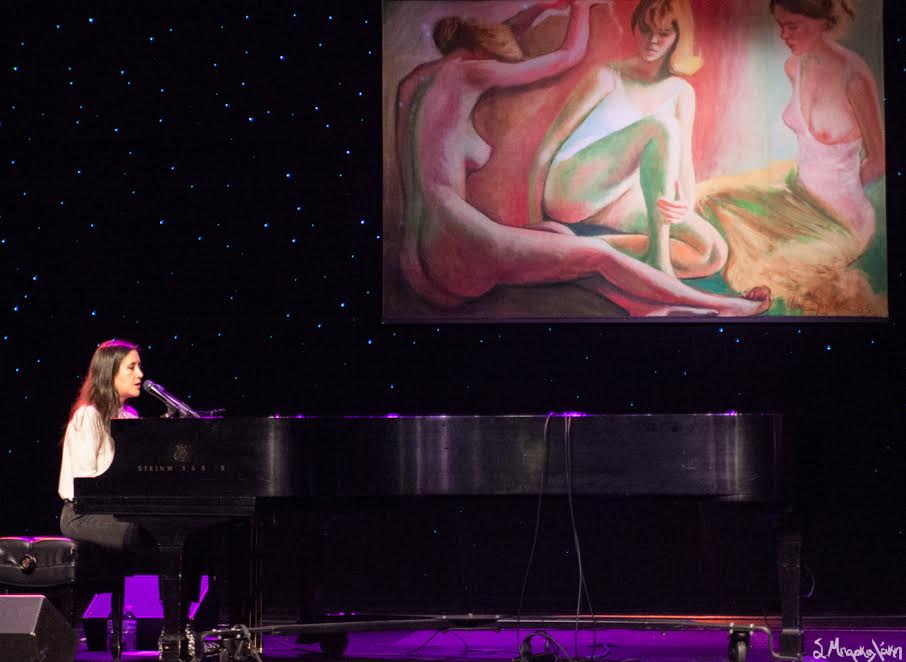 She was calm and comfortable sharing details about her life that have inspired her work and everyone in the room was constantly engaged.  She ended the show with “Willows,” and “I Don’t Want to Be a Bride,” standing in the middle of the stage singing the last words.  Didn’t know what to expect going into the concert, but it turned out to be very good and worth it.  Sometimes seeing an artist in such an intimate setting is a lot better than an arena show as there is no distance to mask their emotions.