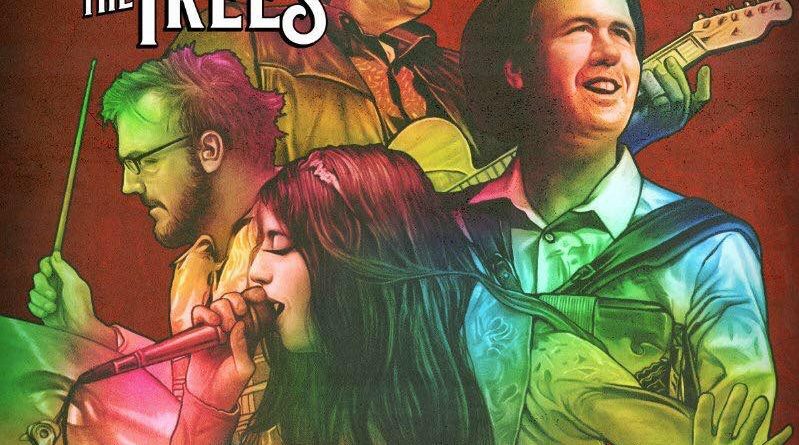 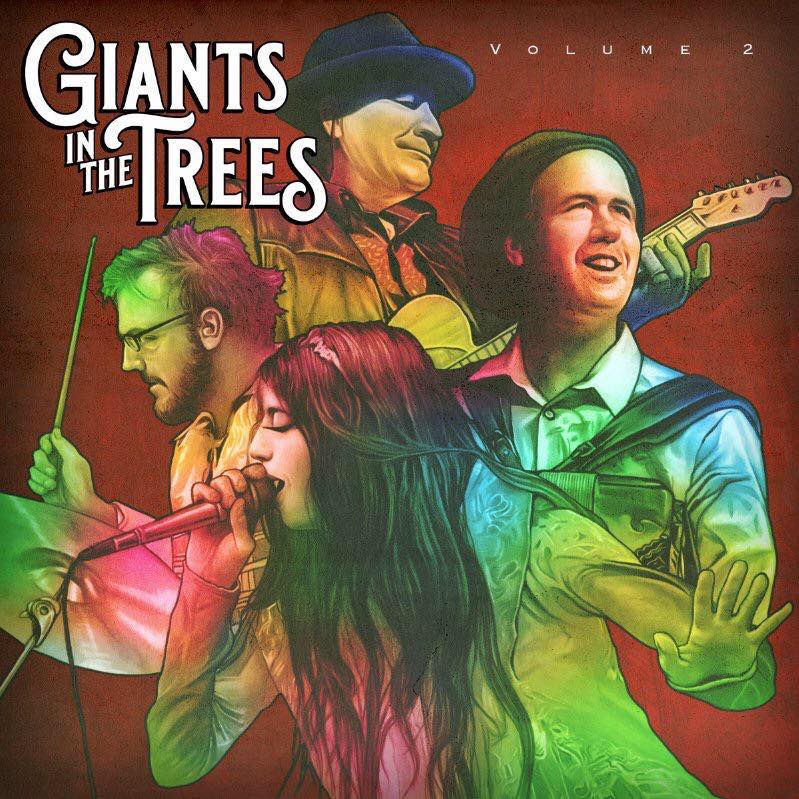 The dreamy sound of an accordion opens Volume 2, the simply titled second album from Southwest Washington’s Giants in the Trees. It’s a confident second outing. The band sounds stronger and tighter than on their debut, clearly the result of honing their skills as performers, whether that’s before a hometown gathering at their local Grays River Grange, or before a crowd of several thousand at last year’s Cal Jam 18 festival.

Perhaps it’s living in a more remote part of the state that gives the Giants their laid-back feel. Instead of the fraught rhythms of urban life, the soothing quality of group’s music brings to mind the cool, lush environments of the dense forests that we have in the Pacific Northwest (something that’s even reflected in the band’s name). The band’s bio calls their music “Americana,” which I’ve generally found to be a catchall term used to describe music that can’t be readily categorized. It’s apt to a point. There’s certainly a roots rock aesthetic at work in Giants — sometimes. But “Americana” suggests a link to the past, and Giants definitely looks ahead to the future. Both “Star Machine” and “Weight of the World” have a touch of trippiness that grounds them in the modern world, somewhat akin to the space rock vibe of one of Krist Novoselic’s previous bands, Eyes Adrift.

It was Novoselic who got the band rolling, when he hosted a jam session at the Skamokawa grange. The musicians that showed up eventually became Giants in the Trees. And part of what keeps you guessing about the band’s music is that the players bring so many divergent skills to the table. Novoselic is best known for his bass work with Nirvana, but in Giants he also straps on an accordion at times. Lead singer Jillian Raye might be seen playing guitar, bass, or banjo. Ray Prestegard is the string meister, on electric guitar, slide guitar, box guitar, each giving a different color to the music. And Erik Friend is the secret weapon; more than the band’s drummer, he’s also adept at numerous percussion and stringed instruments (such as mandolin). He’s also essentially the band’s producer, getting a “Recorded By” credit on both Giants albums (“Recorded By” is a credit used in lieu of “Produced By” by such eminent studio personnel as Jack Endino and Steve Albini).

So there’s a tapestry to be found on the ten tracks on Volume 2. “Feel You Now” sets a somewhat melancholy tone as the album’s opening track, even as the lyrics express a happier thought of two souls coming together. “It Goes” somehow manages to pull off the tricky feat of sounding mellow and upbeat at the same time (largely due to Raye’s elastic, at times husky, vocals). “Sons and Daughters” starts with the Eastern-influenced twang of a guitar, then opens its doors wide, heading off in a more country-esque direction. “Hot Blooded” veers between gnarly and raw sequences and quieter interludes where Raye’s voice surges to the forefront. “This Is Love” also has a tougher musical backing; it’s great when Giants get rolling like this, the instruments and vocals churning together in an all encompassing wash of sound.

The closing track, “Nevermore,” is the kind of accordion-fuzed waltz you can envision being performed at some backwoods gathering that keeps the spirits bright from dusk to dawn. That’s what Giants in the Trees is really about; they’re about having a good time, and they’d love to have you join in on the fun. Revel in the bliss.

(Autographed CDs are available at the band’s website HERE.)