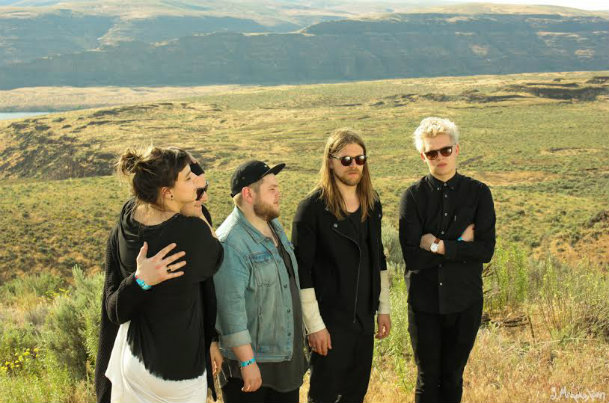 Alleged festival lineup leaks are always fun to speculate on and debate the legitimacy of. It seems like in the Information Age, it’s hard to keep anything a secret, especially in-the-dark festival lineups. Whether it’s Wolverinekills.com annually leaking Mayhem Festival admats (until both the website and the festival died) or someone leaking this year’s Warped Tour bill ahead of its official announcement, it seems no major North American festival lineup can go un-leaked.

Recently, fellow local music blog Guerrilla Candy published what they claimed to be a leaked Bumbershoot 2016 lineup poster. Details on its origin are practically nonexistent; even the article’s author Travis Hay appears skeptical, saying it’s an “unverified” poster “that appeared online earlier” on April 18th. Though you could easily write off this supposed “leak” as being a complete and total phony, there are enough factors to note that could work both in favor of and against the leaked bill’s accuracy.

When Bumbershoot officially unveiled its 2015 lineup, many including myself were taken aback by the festival’s sudden shift towards a more mainstream, mass-appeal sort of lineup, with high-charting marquee names like The Weeknd, Ellie Goulding and Hozier, as well as EDM festival kingpins like Bassnectar, Zedd and Flosstradamus, taking precedent over the more indie scene/blogosphere-oriented lineups they’ve had in the years leading up to 2015. Stages that just a year prior were home to Mac DeMarco and The Dismemberment Plan were instead populated by high-profile names like Elle King and Lindsey Stirling. You still had a couple blogosphere favorites like Flying Lotus, Neko Case and Built to Spill here and there, but overall you could definitely feel a big change in who they were trying to appeal to.

Looking at this leaked bill, assuming it’s real, you can definitely feel a conscious attempt on the part of the organizers to strike a more even balance between the average major mainstream festival lineup and one that appeals more to the indie-alternative crowd. The three marquee headliners here, Death Cab for Cutie, Kygo, and Macklemore & Ryan Lewis, eloquently lay out the three main demographics this lineup is going for. You’ll have a huge market of people going mainly for Macklemore that’ll also enjoy seeing G-Eazy, Bryson Tiller, Fetty Wap, and Logic. Kygo, DJ Snake, Pretty Lights, and Zeds Dead are more than enough to bring back the kandi rave/EDM crowd that showed up in droves last year. Meanwhile, Ben Gibbard and co. are just one of the many reasons for the indie-alternative crowd to show up, with Tame Impala, Halsey, Father John Misty (who puts on excellent live performances), Run the Jewels, etc. also sweetening the deal.

One reason I think this alleged lineup could possibly have some merit is that it absolutely makes sense for Bumbershoot to run with a lineup like this. After many voiced their negative opinions of last year’s somewhat shaky, uneven lineup, the following year’s bill really could benefit from a more focused set of performers. A lot of the more indie-leaning acts will definitely be on the festival circuit all summer (many of them are hot off of pretty great performances this weekend at Coachella), and have a huge amount of crossover in their fanbases.

Some of the names on the bill are questionable enough to where you have to wonder why someone making a fake bill would choose them of all performers. Booking has-been acts like Billy Idol, Third Eye Blind and JoJo for a 2016 festival makes sense coming from a team that just last year made once-greats Faith No More and Social Distortion first-row headliners on the fest’s second day.

However, there are also an equal number of aspects of this supposed leak that are cause for cynicism. As Travis mentioned in a tweet following the article’s release, Bumbershoot’s previous festival bills don’t generally include the comedy/arts/words/non-musical activities lineup in the same bill as the music. Furthermore, Meghan Kearney of Secretly Rad Media pointed out in a tweet following the leak that whoever created the bill misspelled the name of producer-DJ duo Zeds Dead, which isn’t a common occurrence for a poster for a festival as big as Bumbershoot.

The format of this poster is also different from the one that was widely circulated last year. Last year’s poster arranged the lineup not only by artist popularity, but also by day, which I thought was a great way for people that may only be interested in going for one day to instantly know which day has what performers instead of having to wait for a schedule to drop closer to the festival’s occurrence. This poster is arranged in the more traditional big-font-little-font festival poster format, which wouldn’t be a shocking return to how they did it before, but it wouldn’t make much sense for them to go back to this style since last year’s worked out so well for selling single-day passes.

This poster also doesn’t do much in the way of enticing local music fans with a lot of familiar names, outside of a couple upper-echelon Seattle bands like the pretty outstanding Flavr Blue. I have a feeling that the local bands will wind up being the promised “20 More Acts” teased at the bottom, which is a reasonable possibility, but I have to question why you would hold out on revealing the local names, which will probably be ticket-sellers in and of themselves, but dedicate a third of the poster to the side-show attractions. It’s pretty clear with each passing year of Bumbershoot that they’re steering further and further away from a local focus, but the local scene was still given equal billing last year, even if at times it was a bit strange (in the case of Smokey Brights getting higher billing than K.Flay, and Brothers from Another being on the same line as Nathaniel Rateliff).

So when you get right down to it, could this be the Bumbershoot 2016 lineup? Well, no one knows for certain quite yet – the official Bumbershoot staff hasn’t commented on the leak as of writing this, and we probably won’t definitively find out the lineup until the announcement party at The Showbox next week. But even if this leak does end up being a complete sham meant to drive the rumor mill and get people talking, I do think the final lineup will end up looking something like this. Alienating the plentiful, eager indie crowd was one of their biggest missteps in 2015, so winning them back with some of these well-regarded names would do wonders for them.

If this bill is fake, what would I hope to see from the actual lineup? I think it would be sweet to see Father John, of course, as well as Death Cab and Flatbush Zombies, among others on the lineup. I think it would be awesome to see current festival mainstay Jamie xx (who’s also on the Sasquatch! lineup) make an appearance, as well as the amazingly eccentric SOPHIE, join the lineup, especially with the well-received festival appearances he’s been making as of late. It would be amazing to see Death Grips on the final lineup, especially after their completely destructive Coachella performance on the final day of week 1. Ultimately, though, I feel like a lot of us are crossing our fingers and hoping that Bumbershoot was lucky (read: wealthy) enough to get their hands on LCD Soundsystem, which would make them the only northwest festival to bring on James Murphy et al.

But what do you think? Do you think this is or could be the Bumbershoot 2016 lineup? If so, what do you think about the lineup? Do you love it? Hate it? Are you an older music fan that misses the old days of the ‘shoot? Let us know in the comments below.