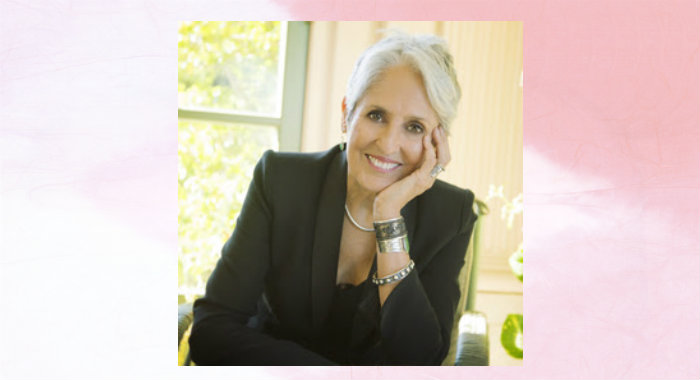 Acclaimed artist and activist Joan Baez will begin a run of North American dates beginning on September 11 in Ithaca, NY. The extensive run of shows, following 50 UK and European dates, marks Baez’s last year of formal touring and includes stops at Benaroya Hall in Seattle and Revolution Hall in Portland.
“I’m looking forward to being on the road with a beautiful new album of which I am truly proud,” says Baez. “I welcome the opportunity to share this new music as well as longtime favorites with my audiences around the world.”
As a special offer to fans purchasing tickets for Baez’s U.S. tour, a CD or digital download of her forthcoming album, Whistle Down The Wind, is included with every ticket purchased. Tickets for all shows go on sale March 2 (For details on pre-sales and other ticketing details, please visit venue websites).
Whistle Down The Wind is out on March 2 via Bobolink/Razor & Tie Records and is available for pre-order at http://amzn.to/2Evvavx. The record, which is exclusively streaming now via NPR Music, is receiving early critical praise—NPR Music proclaims,“This particular batch of folk songs amplifies Baez ever-present gift for interpretation” while Rolling Stone calls it, “A moving reflection and summation of Baez’s life as a singer, musician and activist.”
Recorded over a ten-day period in L.A., Whistle Down The Wind was produced by 3-time Grammy Award-winner Joe Henry (Bonnie Raitt, Allen Toussaint and others) and includes songs written by Tom Waits, Anohni, Mary Chapin Carpenter, Josh Ritter,Eliza Gilkyson and more. Of working with Henry, Baez comments, “It was a hunch on both of our parts that we could make an album together. As it turned out it was a no brainer. We both work fast and were musically on the same wavelength. I work best with musicians who are as willing as I am to wing it and he assembled a group of players who did just that. Meaning invent each song from scratch.”
The new music marks the first release from Baez since 2008’s Grammy-nominatedalbum, Day After Tomorrow. Its release, which ignited an extraordinary decade of achievement for Baez, coincided with the 50th anniver­sa­ry of her legendary 1958 residency at the famed Club 47 in Cambridge. Milestones over the past ten years include:
Baez remains a musical force of incalculable influence. She marched on the front line of the civil rights movement with Martin Luther King, Jr., shined a spotlight on the Free Speech Movement, took to the fields with Cesar Chavez, organized resistance to the Vietnam War, inspired Vaclav Havel in his fight for a Czech Republic, saluted the Dixie Chicks for their courage to protest the Iraq war, stood with old friend Nelson Mandela in London’s Hyde Park as the world celebrated his 90th birthday and, most recently, protested the construction of the Dakota Access Pipeline at Standing Rock Sioux Reservation. To this day, she continues to stand passionately on behalf of causes she embraces.
WHISTLE DOWN THE WIND TRACK LIST
1. Whistle Down The Wind (Tom Waits and Kathleen Brennan)
2. Be Of Good Heart (Josh Ritter)
3. Another World (Anohni)
4. Civil War (Joe Henry)
5. The Things We Are Made Of (Mary Chapin Carpenter)
6. The President Sang Amazing Grace (Zoe Mulford)
7. Last Leaf (Tom Waits and Kathleen Brennan)
8. Silver Blade (Josh Ritter)
9. The Great Correction (Eliza Gilkyson)
10. I Wish The Wars Were All Over (Tim Eriksen)