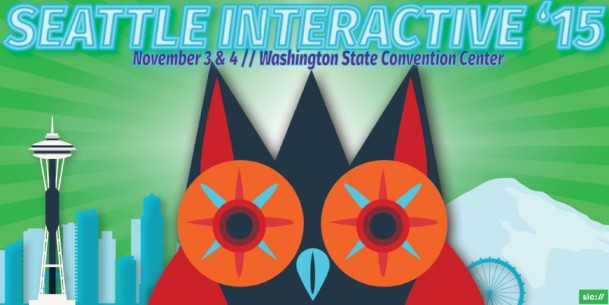 Inman has a popular comic series, the Oatmeal, which lead to a book publishing deal and his own 10k, half marathon and full marathon called “Beat the Blerch,” inspired about a comic about running. He will present with game designer Elan Lee about the pair’s new game Exploding Kittens, which is the most backed Kickstarter project of all time, in a session called “Break the Internet.” Maseo will talk about why his group De La Soul gave away all of their music for free in a session called “Creating Fandom in the Free Music Economy.”

“This second round of speakers represents our passion for popular culture,” said Brian Rauschenbach, Seattle Interactive Co-founder. “As the technology industry continues to explode in Seattle, there’s a tremendous need to talk about how it will impact music, the arts and our ability to consume entertainment media.”

Now in its fifth year, Seattle Interactive is expected to attract more than 3,000 attendees to hear from technology leaders at companies large and small operating in Seattle, as well as influential national brands and digital agencies that make the city their home. Speakers announced earlier this year include Jonathan Colman from Facebook’s Seattle office, Rick Chandler from T-Mobile, David Shing from AOL and dozens more.

The annual Seattle Interactive Conference is a two-day event celebrating the convergence of online technology, creativity, and emerging trends in one of the world’s most innovative cities. SIC brings together entrepreneurs, developers and online business professionals from throughout the U.S. and beyond for a powerful combination of in-depth presentations, networking opportunities, and social events. Attendees have the rare opportunity to explore disruptive technologies and business models with visionary thinkers and peers in areas ranging from online commerce and social media to interactive advertising, marketing, entertainment, and much more.