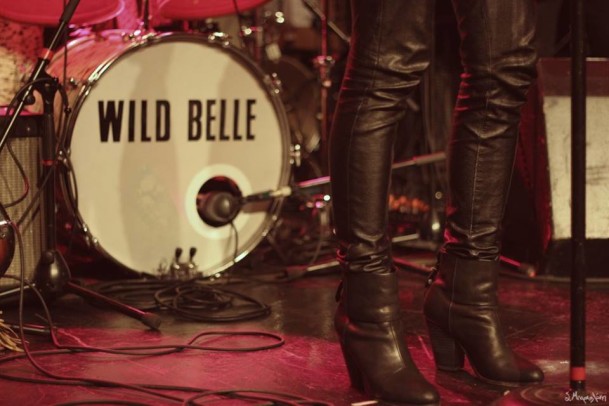 It was another Tuesday in Seattle and I had no idea how I was going to make two different shows work in the same night but I kept hoping it would happen since I really wanted to see both. I was waiting for the schedule to be released and when the set times worked perfectly for me to run from the ShowboxMarket to the Neptune Theater my day started shining brighter.

I had the pleasure to speak to Natalie from Wild Belle a few days prior to their performance in Seattle and at that moment I had no idea I was going to make it but I told her I somehow would find a way. It seemed that it easily happened and I found myself at the Market around 8 p.m. to catch their set before Django Django went on later in the night.

When I got there I still had some time to catch my breath and I noticed Elliot in the back hanging out with the band. I called his name and he immediately smiled and came my way to speak to me. I chatted with him for a second and found that he was just as nice as his sister to be around and have a conversation.

A little after 8:30 the siblings and their band took the stage and started the show off. While Natalie delighted us with her vocals and sometimes played the guitar as well, Elliot was mostly on the keyboards and sometimes played his saxophone. Their energy flowed well together and Natalie’s voice carried through like a sweet melody, a little Dreamland.

The band played their song with Major Lazer “Be Together” that has that signature sound of ML but still has their own unique vibe that’s not lost. They also tossed in hits “Keep You”, “It’s Too Late”, “Another Girl”, “Happy Home”, and new “Giving up on You”.

I noticed even more in the live setting what Natalie was talking about when we chatted. The new material is more edgy and uplifting moving away a little from the more reggae/ska they started off from. I still think they manage to keep their identity while experimenting with new sounds. As Natalie said it was what she was feeling and she wanted to be free to create what was there without thinking of anything else. I really like it and can’t wait for their record to come out in January.