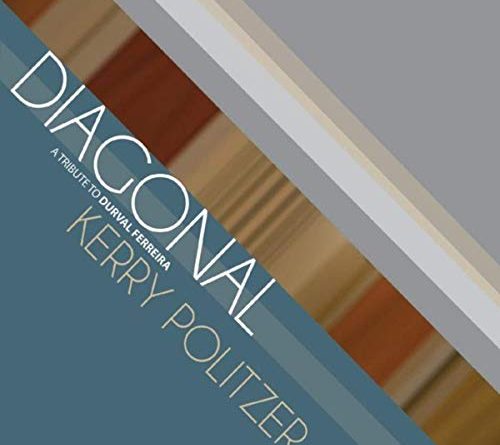 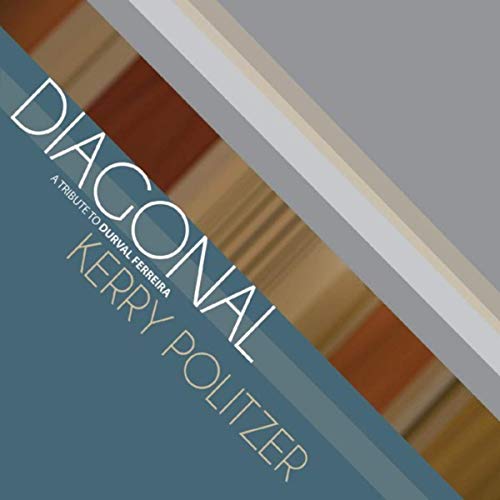 The perfectly titled Diagonal, pianist Kerry Politzer’s sixth album and tribute to Brazilian guitarist/composer Durval Ferreira, encapsulates the mood of Politzer’s fascination with bossa nova in a time when jazz is back to getting street cred and topping year end lists.

Diagonal opens with “São Salvador”, a highly sophisticated number, with flutist John Nastos sizzling and guitarist Ben Graves cutting the difference. Follow up “Chorinho No. 2” is light weight West Coast breeze, spilling into a bossa style nodding toward Ferreira’s “Chorinho No. 1”. Here Nastos’ clarinet is wistful and peppy. Percussionist Simon Lucas feeds a textural stroke over the melody, giving legs to each solo and other delectations.

Politzer, not just a maestro on piano, sings on three pieces. Her vocals on “The Day It Rained” swells warmth to the cool, upscale lounge this music rests in. Nastos, again on flute, gently takes the tranquil, velvet of Politzer’s voice and adds a sprinkle of pixie dust. The Portuguese sung “Moça Flor” is a timely placed piece. Its bright light, catered feel is the perfect thread count, warm like cotton, yet drapes like silk. “E Nada Mais” sounds fresh but could be decades old, as it stands next to anything Antônio Carlos Jobim or João Gilberto crafted. Nastos’ flute shines over Lucas’ percussive touches while Politzer’s hushed, late nightclub vocals are transporting.

Of the final two songs, “Clichê” holds one of the more memorable melodies from Nastos and later by Graves. The standout again, is Colligan’s patient set work. His crisp cymbal rolls blend mellifluously into lush tom and snare strikes. When Politzer’s joins, the piece begins to hold improvisational space, something Diagonal’s best tracks whirl in. The continuous build up leads flawlessly back to the melody, with all of Politzer’s sidemen getting a chance to speak.

Album ender, “Estamos Aí” might be the most famous of Ferreira’s compositions and Politzer carries her ensemble into a well laid out stage, showcasing dexterity and communication as their magnetic playing belongs close to the bossa nova greats.

(You can purchase the album at CD Baby and get more information about Kerry Politzer HERE.)