Make sure you are checking the #100Bands100Days hashtag on Twitter on a daily basis to stay on top of all the bands featured and be sure to follow Verity and NW_Music_Scene on there. Some days the featured act could be an established and locally-adored northwest-based musician and other times they could be a band with a small following that just hasn’t had their deserved time in the spotlight yet. Either way, we’re fairly confident you can come away from this daily segment with plenty of new favorites. Today’s featured act is Blue Moon Marquee.

The Washington Blues Society doesn’t mess around, as evidenced by their executive decision to cast British Columbian blues favorite Blue Moon Marquee to represent them at the annual International Blues Challenge, held in storied Memphis, Tennessee. Lead vocalist A.W. Cardinal takes the reigns and runs with them on each song, imbuing these songs with his smoky, sandpaper-smooth vocals, which complement the swinging, jittery fusion of blues, jazz and swing music. Vocalist, bassist and drummer Jasmine Colette lends the project rotund bass lines and sultry vocal performances on tracks like “52nd Street Shut,” sealing a package that’s sure to get you moving and keep you coming back.

Giving much-needed ear-time to the outfit’s most recent release, 2019’s Bare Knuckles and Brawn, it’s no wonder such an act would be chosen to represent Washington’s state of blues as we know it. Jazzcats in the mood for feverously rocking and bopping jazz fusion will find much to like in Blue Moon Marquee’s densely-arranged and unashamedly to-the-point style. Songs like “Fever Flickering Flame” are home to saxophone solos for days, as well as one of the most winning grooves to grace the record. 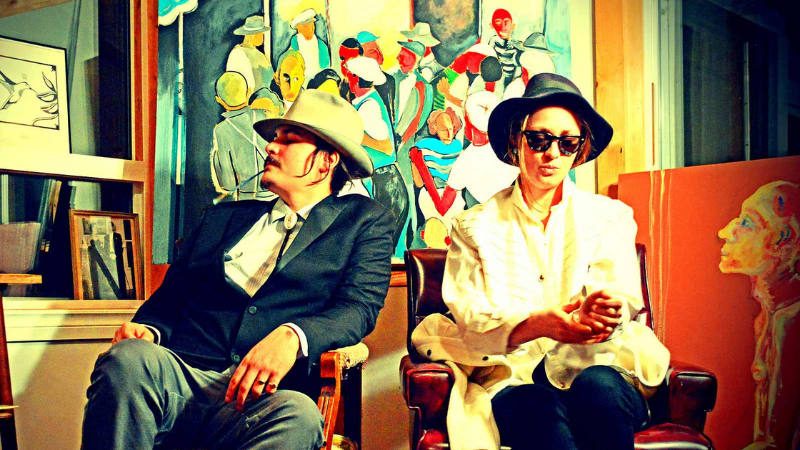