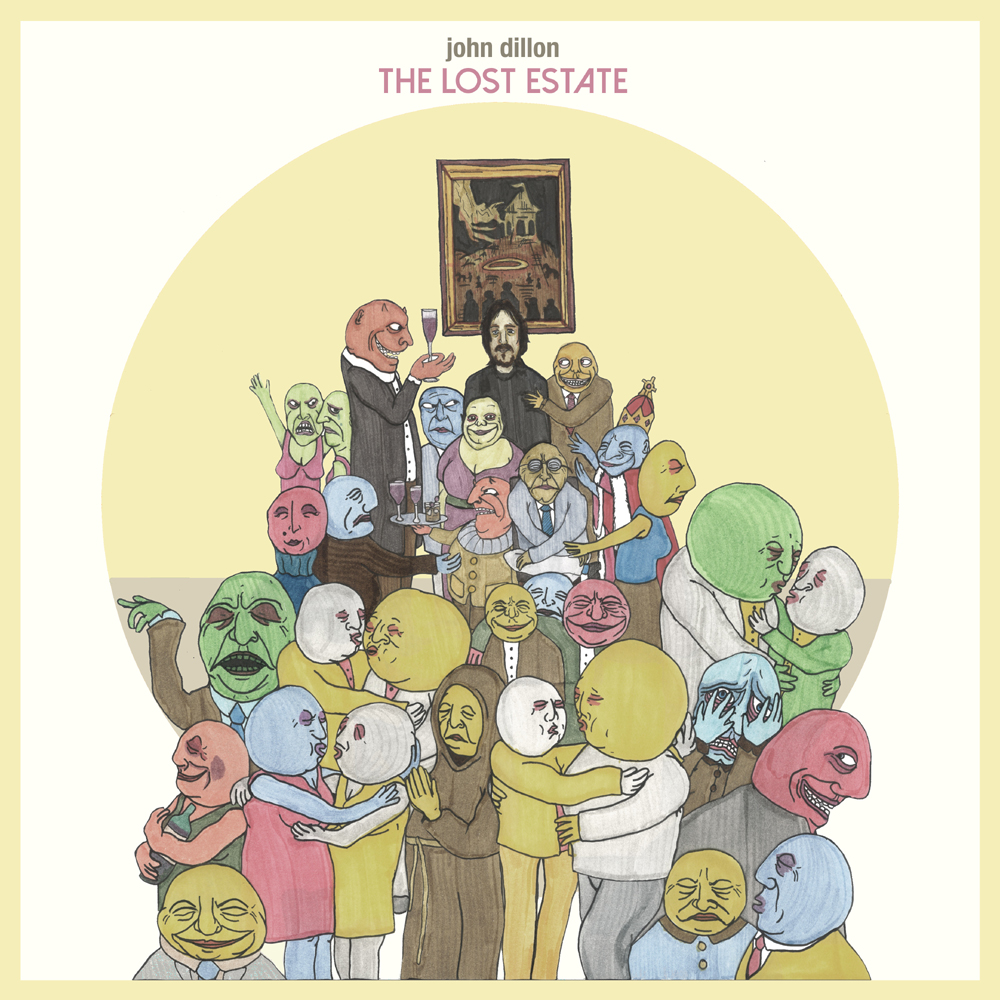 John Dillon‘s The Lost Estate has journeyed into my ear hole more than a couple dozen times, and I still can’t shake the influences. Jeff Lynne and the Traveling Wilburys, George Harrison, America, and so many of my own favorites are living in these tunes; they speak to me in that way old songs do, except they are not that old. According to Dillon Sturtevant, writer and arranger of this wonderful work, many of these songs have been eggs incubating over the years, waiting for their time in the sun. So in a way they have been aging like wine, and who doesn’t like wine? They take new shape and find new directions when played live.

“Death Mask” was released in January by Plume Records, although the album was already out in cassette form. Its synthesized punk/pop sound is a bebop toe-tapper, for sure. Released on vinyl in March 2016 by Plume, the melancholy is palatable; the music of a bygone era brought to you with new reference points. I haven’t heard the vinyl version, but I imagine there is a layer missing in the digital version that could only make this collection richer.

Most people who hear this record may not understand the history, love and influences behind this music, but what they will hear is humor, stark quality and a reverence for past greats. Maybe John Dillon is Seattle at its best, but it’s likely the music is beyond Seattle and the northwest. This music could have come from anywhere, anytime, because it is so time- and place-less.

Produced by Andy Meyer and Dillon Sturtevant, this collection could be called “pop,” but these songs are so much more. Mastered by Carl Saff, the fresh sounds are uplifting, particularly on “Maria” and “Living in Sin.”

(Learn more about John Dillon at www.plumerecords.com. You can stream and pick up the record at johndillonmusic.bandcamp.com/album/the-lost-estate. John Dillon’s next gig is at the Timber Outdoor Music Festival. Visit timbermusicfest.com for more information.)