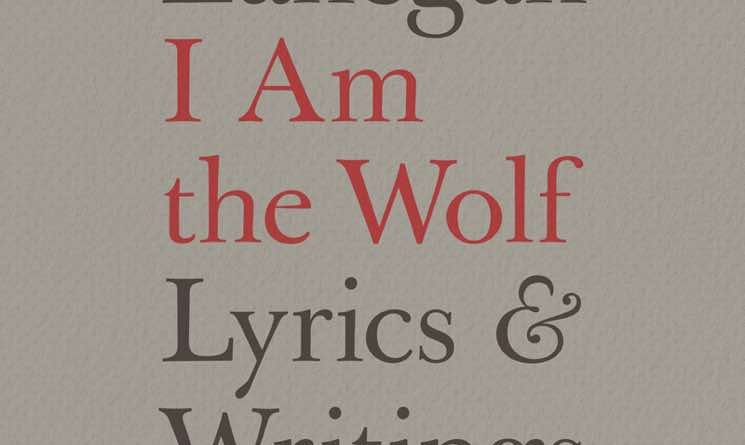 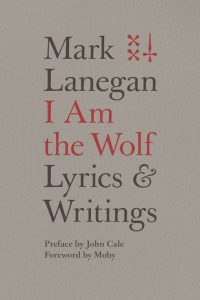 Mark Lanegan has one of the distinctive voices in rock music, and we’re lucky that the Pacific Northwest was the first place he unleashed it. As the title of I Am the Wolf: Lyrics & Writings makes clear, his new book isn’t an autobiography or a memoir, it’s a collection of his work. In that, it offers you a window into his creative process.

The book presents lyrics from his solo albums, side projects and collaborations. Each section opens with brief commentary, serving up the kind of nuggets of insight that make you wish Lanegan would consider settling down and writing that autobiography. Here, he approaches the subject with a note of humility; in the introduction, for example, his answer to the question as to why he joined a band is: “The opportunity presented itself, I said yes, and then sometimes quickly, sometimes slowly, and on many occasions painfully, I learned how to do it.”

A few things we learn: the title of The Winding Sheet came from a line writer Maya Angelou spoke Lanegan heard in a show on PBS; the noise of a whistling cookie jar that J. Mascis (Dinosaur Jr.) found is what opens the album Whiskey for the Holy Ghost; the song “Last One in the World” was written for Layne Staley, not Kurt Cobain (and Lanegan sweetly notes: “I loved them both as family: Kurt like a little brother, Layne like a twin”); it was writing music for video games that drew Lanegan back into writing songs, after a hiatus following what he refers to as a “near death experience”; that he considers “Old Swan,” from his recent album Gargoyle “is almost completely devoid of darkness, which might be a first for me” (note that qualifier “almost”; this is still a song that contains the line “And though my soul is not worth saving”).

It’s true that most of Lanegan’s work couldn’t exactly be described as light-hearted. But the feeling is more that of melancholy, not despair. Or intrigue; there’s a wonderful obscurity in the lines “When there’s no knock upon the door/You’ll know it’s me” from “No Contestar.” The imagery he draws on is also striking: consider “Crows look for food behind my skin” (from “No Easy Action”) or “Your werewolf teeth flicker and gleam” (from “Sleep with Me”). And though not strictly autobiographical, it’s hard not to think that Lanegan’s admitted struggles with substance abuse didn’t infuse lines like “And what I use to murder me/takes longer than before” with a deeper meaning.

But again, reading Lanegan’s work isn’t a depressing experience. For in many of his songs there’s an underlying yearning for redemption (religious imagery figures strongly too). There’s also a strong, wistful nostalgia. “Blues for D” (Lanegan identifies Earth’s Dylan Carlson as “D”) looks back at a pre-high tech Seattle in its descriptions of the spaces where boarding houses once stood; it’s like a darker version of John Lennon’s “In My Life.”

You don’t have to know Lanegan’s songs to appreciate his lyrics (though if you do know them, you’ll undoubtedly want to dig out his records to listen to while reading this). You don’t even have to read them in order, necessarily; simply flip open to any page, and let the raw emotion sweep over you. You might find the black humor of “Let the place start swinging when it’s me on the noose” (“Lexington Slow Down”) or the circular logic of “The grief that I cause is my cause to atone” (“Harvest Home”) or the simple, straightforward plea “I want you here with me/Forever/Ever and ever” (“I Love You, Little Girl”). “I’ve never been very smart, just lucky,” Lanegan says of his gifts in the book’s introduction. And we’ve been lucky to have him.

You can purchase the book on Amazon HERE.