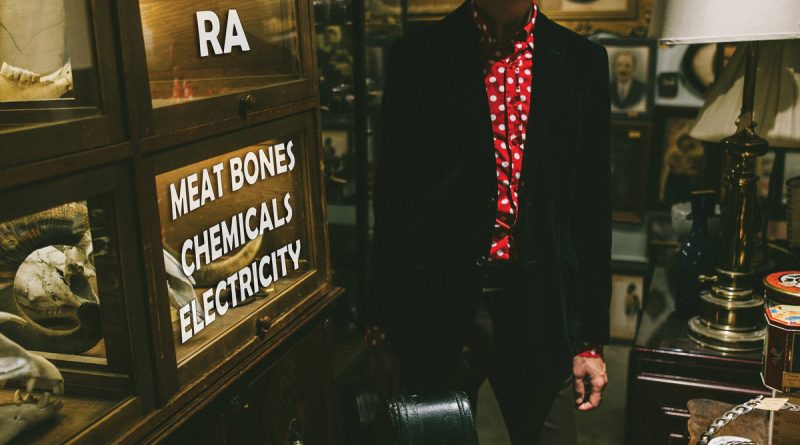 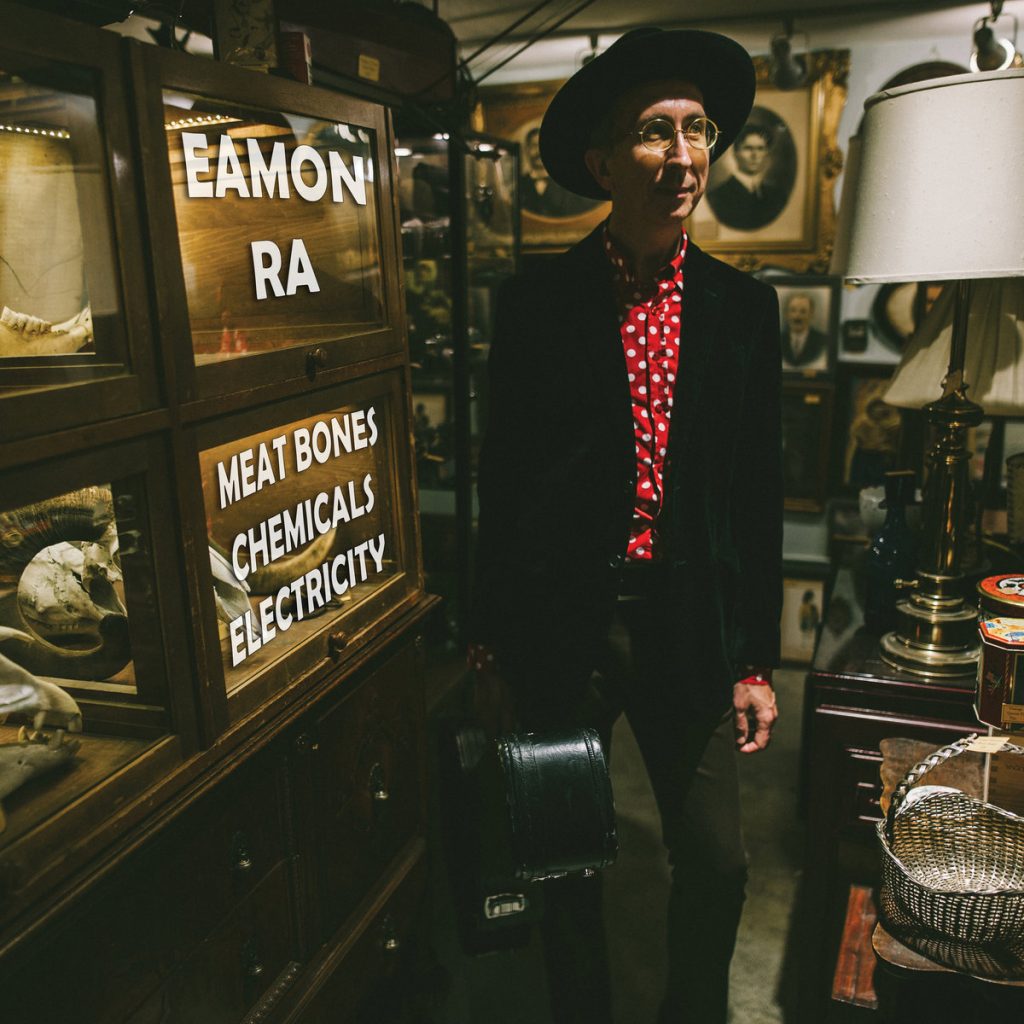 The tug and chug sheen of Eamon Nordquist’s solo project, Eamon Ra’s opening track, “Future History” is a hyper-speed, crash course into Nordquist’s smirking, power pop sensibilities. Meat Bones Chemical Electricity, his debut under the Ra moniker, is a quizzically slanted pop record shelved a row above indie jump-starts and unfortunate trend snappers. Nordquist’s spirited voice and knack to skirt in and around melody cashes out shrewder, sunnier, and more singable with each listen.

Crowds coalesce on the pranced, Harry Nilsson tilting narrative “Pitchforks and Torches”. Nordquist’s voice bubbles and bathes, addressing the album title in a youthful glow, capable of swift reaches of falsetto, while maintaining a hardy, grit of rock overalls like John Lennon fronting Plastic Ono Band. Fitting, the album credits Nordquist (guitar, bass, mellotron) and his cast of rotating drummers as The Plastic Eamon Band. The majestic and regally strummed, “Kiss Somebody You Love” charms with its full-size melodies, open hooks and spacious drumming courtesy of Nordquist’s bandmate from the psychedelic, indie pop trio, The Sterling Loons, Jeff Brown, but Nordquist ends the allure daggers out.

Side B is even more favorable. “Waiting For the Morning” is propelled from the crisp kick drum and tasteful set fills by Mark Pickerel (formerly of the Screaming Trees) and Nordquist’s sprawling solo and acoustic stretching. The timed vocal sneers, chorus surprises, and guttural umps are catchier and more unified after each listen. “Happiest Day in History” wheelbarrows countryside like McCartney era Ram as Nordquist and drummer Tim Meinig jam around a harmonica with prominent stringed bass and acoustic strides lying adjacent with Meinig’s ride cymbal and tom filled fever.

“Simple But So Complicated” sways hard as a Kinks’/Beatles’ influence, but Nordquist sounds more like himself as the song sweeps. He references the album title again and displays several melodic phrases and does wonders with his voice, lyrical sentiments, and storytelling through his use of offbeat notes and refreshing song construction. The excellent Beatlesque send off, “Such Good Friends”, is musicality meets thank you. Nordquist gives generous ramp-ups filled with high-fives, hugs, then shakes a few hands and departs.

At less than 28 minutes, Meat Bones Chemical Electricity can seem brief, yet it’s unhurried, compact, and a seasoned affair. Eamon understands you’re busy and while he’ll certainly remind you of a handful of recordings from yesteryear he doesn’t sound like many other contemporaries. Amid the influences abounds the wonderment of someone making work of sounding classic without being overtly nostalgic.