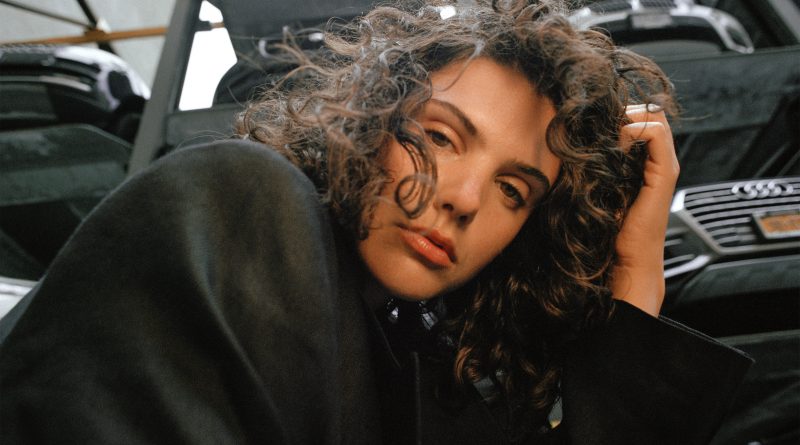 The stars have been lining up for the up and coming artist Evan Giia who is set to start her first headlining tour. She’s already got plenty of experience starting off her career with Odesza and Big Wild and will be joining Louis the Child for his spring tour. We recently chatted about music, her passion for fitness, her Just be Real Tour, and her plans ahead. She’ll be at Neumos on March 12. UPDATE: due to the COVID-19 outbreak, this show has been postponed.

Evan: I’m currently home in Brooklyn and I’m leaving for tour tomorrow. Extremely anxious time for me right now, but I’m so ready and prepared. I’m happy to see this all come together after about a year and a half of planning things.

NWMS: Tell me a little more about your first headlining tour

Evan: I did about three years of supporting other artists and this is very special and the biggest moment in my career probably. I love the live aspect of being an artist.

NWMS: What elements are you incorporating from the larger acts you’ve toured with?

Evan: I was very lucky to start touring with Odesza on their arena tour, I got spoiled very fast. I was on a beautiful bus, incredible green rooms, big TVs, and thought ‘This is touring? I could do this.’ Then I went on the next one in a van which was a big change that gave me a lot of perspective. Mainly from the Odesza tour because they were such seasoned touring artists and the family they have created on the road. They did work out sessions in the morning and we would all work out together and have lunch and it felt so nice. It was great because being on the road is hard and doing even little things like that to make it feel like family and fun are super important. I’m adding that to my regimen for sure.

NWMS: Is this how Giia Move came about? I noticed you had added a few spinning session workouts in different cities you’re touring in

Evan: I’ve always been very interested in fitness and a very active person. Besides Evan Giia my other biggest passion in my life is taking care of my body as lame, as that sounds. I try to do everything I can to feel good, mentally, spiritually, and physically and thought of ways I can bring this into my career. I was a fitness instructor for four years both with yoga and spinning and fell in love with coaching people. When I was planning the tour I thought that when I do the meet and greets to add these and form a bond by sweating in a room together. I think this is just as powerful as coming to the live show because it’s so intense and I’ve never seen any other artists really do this before.

NWMS: Tell me a little more about how you got started with music

Evan: I’ve been singing all my life but was doing musicals in high school and was an opera singer for about ten years before I started singing contemporary. When I went to college I went home and I was not putting on the Vivaldi or Bach so I realized I wanted to make something I wanted to listen to. I applied to Berkeley music and got in, which was a weird turn of events because I didn’t sing when I got there. It was a very competitive, intense place so I decided to get my music business degree thinking that I wanted to be on the business side. It was probably just me lying to myself a little bit thinking I could do that. I moved to New York and worked at a mastering studio called Sterling Sound as a secretary for two whole years. I loved everyone there but those were the saddest two years of my life for sure. I didn’t feel right to me so I started to make music with some of my friends in New York. Eventually I told myself that I needed to quit that job and find something that had more flexibility in my schedule but still would make money as I make music. That’s what actually brought me to fitness. It was great money and slowly I started to release music under Giia first with Memba and Will. From there our song “Westworld” was made and Odesza found it and that was it.

NWMS: That’s such a great story

Evan: It’s weird because as humans we think, ‘Can I do this? Is it allowed to do that as your job?’ It just feels weird, and then when it actually picks up and becomes an actual job you wish it would slow down a bit.

NWMS: I don’t know why being able to get into the music world seems like such a surreal dream.

Evan: I think it’s because when you see it from far away or on social media it seems like a magical dreamland, which is not true. When you see that you think that it’s something you’re not allowed to do as a legitimate career, but I’m so happy I took the leap and went for it. I said the other day in an interview that my first step after quitting my job was making an Evan Giia email and of course nothing would come it at first. I told my fiancé that I just wish I could spend one day working on this, when that day comes I’d be so happy. Now it’s so wild that it’s happening.

NWMS: It looks like when you’re done with your tour you’re joining Louis the Child, how did that get set up?

Evan: We were actually in a writing session together in Malibu last summer which was incredible and we met there, they were fans actually of “Westworld.” I think our teams started to chat and then my agent brought it up and it’s interesting as I always wanted to open for them for a long time on this big arena tour. It worked out and I think that their fans will immediately latch on to my music as I think it’s very similar sound.

NWMS: What’s your plan with releasing an album after all this touring is done?

Evan: One of the hardest parts of being an artist is that you don’t just get to focus on one thing. We have at least three more singles coming out in the next four months so I’m continuing with that route for now. Then we don’t have an actual date for an EP but that is next around summer/fall. I have a lot of material to share on the tours which I’m very excited about.

NWMS: What are you looking forward to in the next year?

Evan: It’s weird because I’ve been asked that question over the last few months and I’ve been saying the headlining tour but now it’s here. I want to do great on this tour and keep building and connecting with my fans. I’m excited to keep putting out new music and also keep growing on this Giia Move idea and see where it goes.

NWMS: Are you able to create when you’re on tour or do you need your own personal space?

Evan: I have trouble creating when on tour because I’m in that mode and it’s my biggest problem. I like to focus on one thing at a time and it’s tough for me to do both. I like to give myself time, for example after this tour I gave myself time to go to LA and write a bit before I go on the next tour. I have to separate them for now but I do have to figure out how to do both at the same time.