Make sure you are checking the #100Bands100Days hashtag on Twitter on a daily basis to stay on top of all the bands featured and be sure to follow Verity and NW_Music_Scene there. Some days the featured act could be an established and locally-adored northwest-based musician and other times they could be a band with a small following that just hasn’t had their deserved time in the spotlight yet. Either way, we’re fairly confident you can come away from this daily segment with plenty of new favorites. Today’s featured artist is The Sins.

The Sins emerged in 2000 as “NightMare Boy and The Seven Sins,” a post-punk entity inspired by early Brit-pop bands such as Sisters of Mercy and The Mission, U.K. (as well as American rock legends ranging from Danzig to The Doors). Changing their name to simply “The Sins” in 2001, the band consistently captivated audiences throughout the Northwest with dynamic stage presence, vigorous showmanship, and strikingly powerful songs. The Sins boldly paved their own musical path, combining the familiar sounds of the British punk past with their own edgy rock influences and ideas.

The long awaited anthology from Seattle dark rock band The Sins dropped back in October and featured a hard-rocking new song called “Dead Inside” that is sure to get the blood pumping. Proceeds from sales of the 20-song collection will go to ‘Burien Cares’ Animal Care and Control and ‘Royal Hounds’ Greyhound adoption and you can support that most worthy cause buy purchasing the album through the band’s website HERE. You can also listen and then purchase the album digitally at Bandcamp HERE. Mr. Thicket’s Memoirs includes the new tune, “Dead Inside” and 19 songs from the band’s three previously released albums, The Beginning (2002), The Last One Kills (2005), and The Undone (2011). 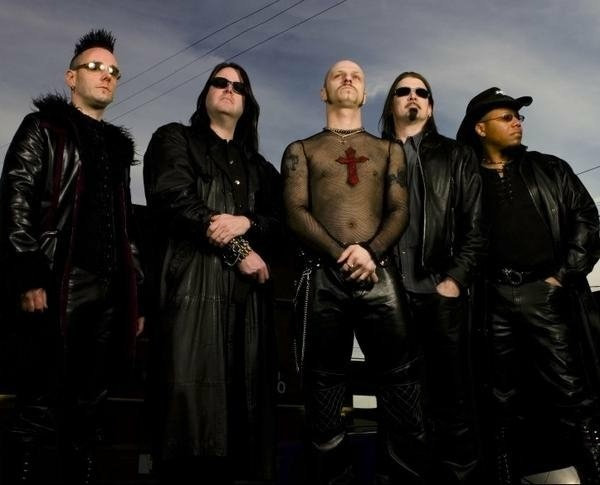