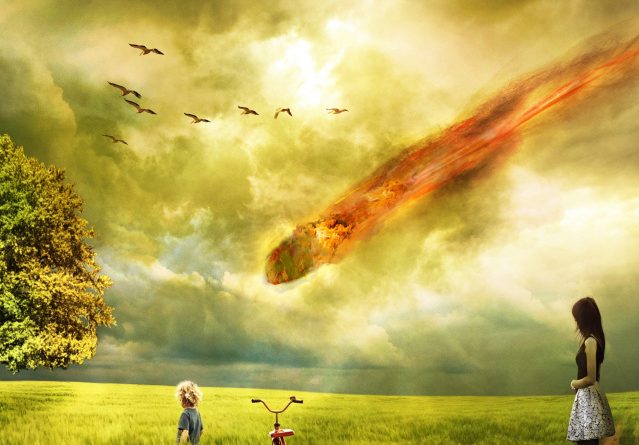 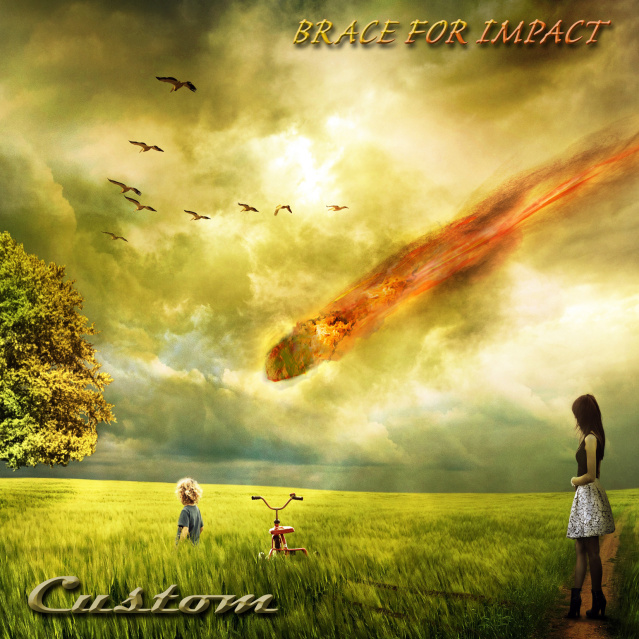 With over a decade of experience and four albums under their belt, Seattle hard rock experts Custom have graced the rock world with yet another monstrous collection of shredding tunes.  Brace For Impact, the latest self released album is a fair warning to any listener about to don headphones or for the even more daring, those cranking their speakers up to 11. Brace For Impact is the first album with renowned singer David Lyon who brings a number of vocal layers and hard rock singing techniques to this already polished band.

The album begins like any other great rock album with a track of reflection.  “No Regrets” looks back on simpler and easier times that never let down. “Those were the greatest times, they never let us down” David Lyon croons during the bridge just before a thunderous chorus of “no regrets” that crescendos until the end of the song with Lyon reaching high tenor metal screaming territory.  This song expertly blends catchy and heavy and will have you singing the hook for days on end.

Following the easy times comes the harsh truth of today’s world.  “Drugstore Prophet” calls out those “selling fallacies to prophet from the damned.”  “Drugstore Prophet” is a heavy and angst ridden song that seems to hit far too close to home as shown by the band member’s performances.  The guitars really tell a story, going between heavy strums and then easy picking during the verses. One can feel the ups and downs of spiraling addiction as the song goes between heavy and light, vocals panning from left to right and drums going in and out.

What’s a rock album without an ode to the art itself?  “Love To Rock” is just that. A progressive rock anthem equipped with dueling guitars and possibly the band’s hidden mantra: “For the joy, for the song, for the love of rock and roll.”  This is a really fun song that would be sure to get any crowd moving and pumping their fists.

Custom’s lead single “On Me” deals with substance abuse and escapism.  “Made a drink to ease the pain/while I knew that it was risky/just can’t live without my whiskey” David Lyon sings amidst Nashville introspective guitar riffs.  The song brings back the heavy and light song structure of “Drugstore Prophet” and continues with the album’s themes of reflection and sorting through personal dilemma.  “On Me” also features some of the most diverse instrumentation on the album, blending several types of guitar styles and Brian Cochran’s drums bring to mind everyone from John Bonham to Todd Sucherman to Dave Grohl.

Album closer, “Farther, Faster, Higher” starts off rocking and kicking.  David Lyon chuckles as he sings “the out of bounds it calls my name.” It’s a song about always searching for something more and never really being content with what’s down here on earth.  “I want to go past the horizon, I wanna go and see it all, life’s just too short to be here tomorrow” could be scrawled on a number of teen notebooks as they sift through classes or played in someone’s car stereo sitting in traffic contemplating quitting their job and travelling. The song seems to lift the weight of the introspective and reflective lyrics of the album’s previous songs and looks to be in the moment and “burn the candle at both ends.” The album ends with an emphatic “yeah” before the last floor tom is banged and faded out.

Custom’s Brace For Impact is a musical and lyrical journey surely to hit home with a number of listeners, especially those rooted in the Pacific Northwest as the summer fades and the rainy season begins to set in.  The album can be enjoyed during times of rocking celebration and times of inward self reflection and preparation to move forward. This is an album you don’t want to miss!

(Check out the album below via Bandcamp HERE and learn more about Custom HERE.)