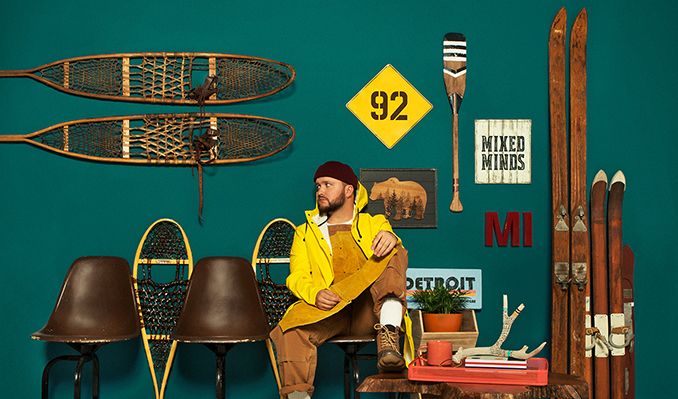 2018 has been a breakout year for Detroit singer/songwriter, Quinn XCII (pronounced Quinn 92).  With his ability to seamlessly blur the lines between pop, electronic, hip-hop, and soul music, he has quickly paved his own lane with his unique sound.

After two independently released EP’s in 2015 and 2016, Change of Scenery and Bloom, Quinn XCII quickly began building an organic, dedicated fanbase around the world. Shortly after it was his featured vocals on longtime collaborator and childhood friend ayokay’s single “Kings of Summer” that brought helped bring him into the mainstream. The song spent weeks at #1 on Spotify’s Global Viral Charts, where it currently has over 80 million streams. For the rest of 2016 and 2017, Quinn continued building his name on the road, touring heavily across the country while releasing new music.

Quinn XCII’s debut album The Story of Us, was released on September 15, 2017 via Columbia Records.  The album peaked at #6 on iTunes’ Pop Chart and is led by his standout single “Straightjacket,” which was named SoundCloud’s “Song of the Month” and has accumulated more than 50 million streams on Spotify, where he has over 5 million monthly listeners.  Following the success of the album he finished two completely sold-out nationwide headline tours in Fall 2017 and Spring 2018 selling over 60,000 tickets. He also went on his first headline tours in Europe and Australia, and went on an extensive festival run in the summer of 2018 including highlights such as Lollapalooza (Chicago), Governors Ball (NYC), and Outside Lands (SF).