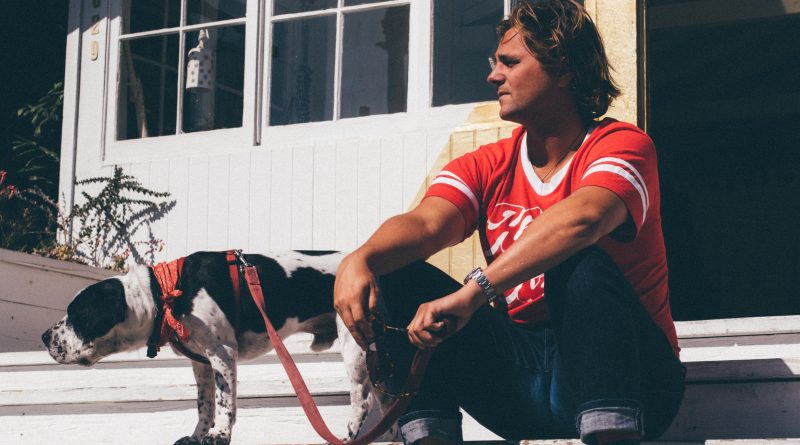 Jonny Shane, a drifter, sifter, surfer, and musical philosopher who performs riffing pop as Modern Love Child, settled down in Venice some time ago and doesn’t seem inclined to leave—except to tour.  He’ll visit Barboza on Friday night, April 26th with Ben Kweller and was kind enough to discourse for me.

NWMS:  You define your life as “Surf when you want to, work a shitty job when you have to, make music all night.”  Have you always loved to surf?

Jonny Shane:  When I moved to LA I was 21, and bought a board, then fell hard l. I had done it before growing up on the east coast but really got into upon moving to California.

NWMS:  What kinds of shitty jobs do you work?  Which shitty jobs are/were your favorite and least-favorite, and why?

Jonny Shane:  Washing dishes or selling tacos were least favorite by far. Currently, I help clean up at a yoga studio which is awesome because I get free yoga. It’s been really good for me. Also, Zac Efron works out at the yoga studio and he’s doing something right so I’m just gonna follow his lead.

Jonny Shane:  One of my buddies built an amazing space in his backyard in the Valley. LA is generally very expensive.

NWMS:  What are the best, worst, and oddest things about living in Venice?

Jonny Shane:  Best are my favorite go-to food spots. So many amazing gems. Also, watching all the people pose in front of graffiti walls for Instagram is pretty amusing. Worst are seeing the runaway kids that live on the street because they are so young. Oddest is Tree Man. Google “Venice Tree Man.”

NWMS:  Have you played Seattle before?

NWMS:  What are your best, worst, and oddest stories about touring?

Jonny Shane:  Best is just fulfilling a childhood dream. I love taking songs that I wrote alone in my bedroom and playing them for strangers. I love meeting new people and seeing their reaction when they see me perform.

Worst is just having to go pee on a really long car ride and holding it in to save time, especially if you’re running behind, which I normally am. Also, I’ve noticed it’s really easy to lose things or leave things behind. I’m just an idiot sometimes.

NWMS:  How do you go about making music as Modern Love Child?  Do lyrics come first, or music, or is it a free-for-all?  What instrument do you usually write on, and why?

Jonny Shane:  A cool lyric. Then more lyrics telling some sort of story start to come. Then I get an acoustic guitar or piano and find some chords that work. But it starts with a line. Like, I just started writing a song from this line I wrote, “The touch, of your skin, the memories start kicking in, when your army boots were your art school uniform,” then I make a story from that.

NWMS:  Who were the biggest influences on your singing, playing, and songwriting?  What did you learn from listening to your influences?

Jonny Shane:  From Ben Kweller, Brandon Flowers of The Killers, and Tom Petty: I learned to make simple things sound beautiful. Also, Doug Martsch From Built to Spill made me realize it’s okay to have a higher pitched/weird voice.

NWMS:  Where did you record your album and who produced it?  What were the greatest challenges of putting it together and how did you solve those problems?

Jonny Shane:  London! Biggest challenge was trying to keep up with the drinking habits of the British. Wasn’t really able to solve that challenge, unfortunately. But making the album was a really beautiful experience. It was a very easy going collaborative effort with a bunch of great musicians in London. Unfortunately, my dad died of cancer in the middle of making the album so that was a personal challenge but didn’t have much to do with making music, rather the music was my therapy.

NWMS:  What’s in your future, after this tour?

Jonny Shane:  Releasing an album in the fall, hopefully more touring. Writing more songs. Surfing more places. Meeting new people. Falling in love. Learning French. The future is bright, at least in the light I choose to look at it from.