Ladies and gentlemen, hello and welcome back to Northwest Music Month 2016, where we’re featuring a different local band or artist for your music discovering pleasure every day during the month of June, to help ring in a summer of local music. Some days these artists could be a regional favorite that’s already got a following, and other days they could be a complete unknown that you’ve never heard of. Today, we’d like to take our expedition to the Emerald City to tell you all about one of our most creative rock outfits currently working, Curse League! 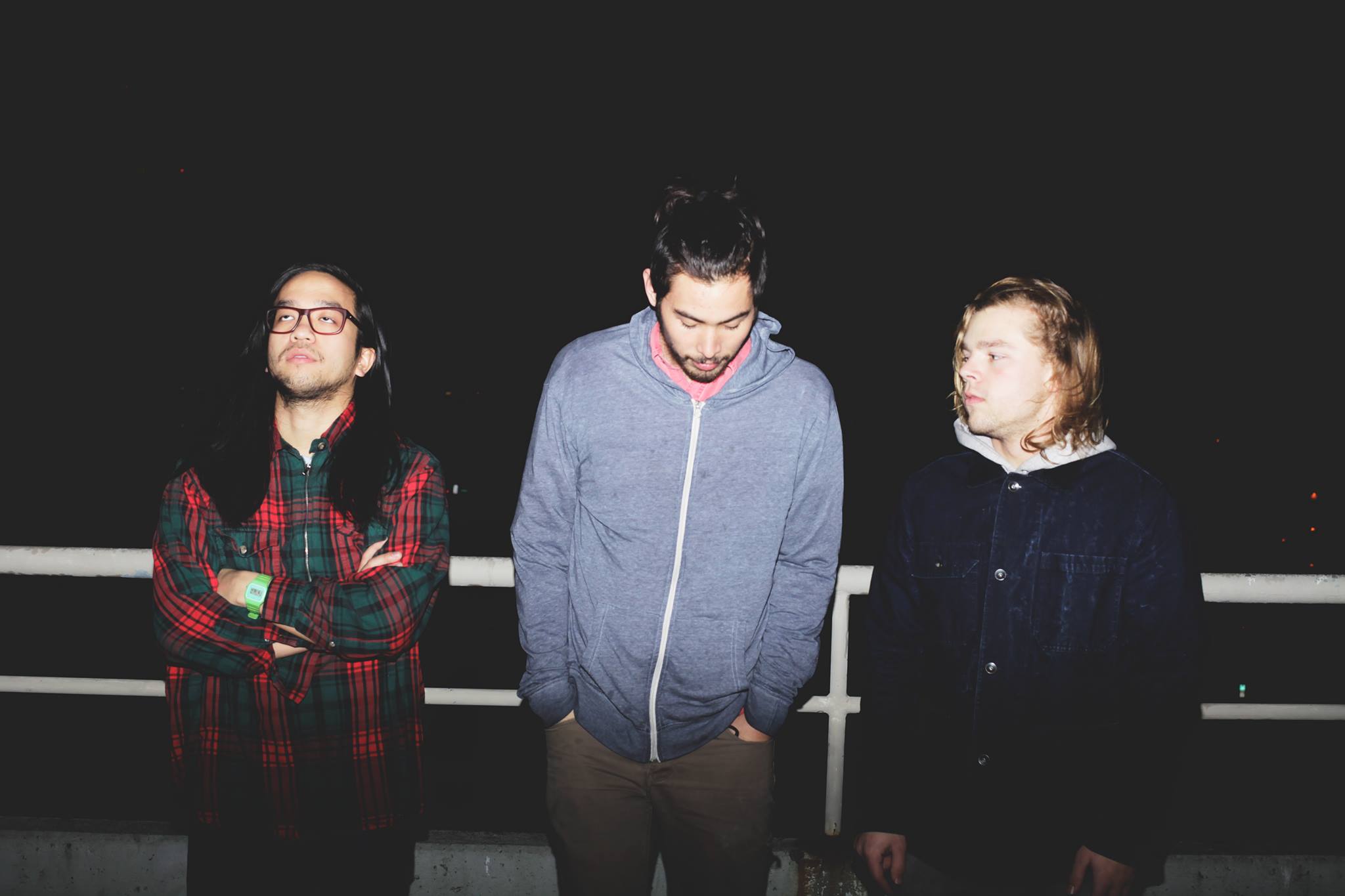 Formed in Seattle after its respective members cut their teeth on many other local bands, Curse League is a technical and exciting rock trio whose music pulls from a lot of different flavors of contemporary rock, though math rock definitely shines through the strongest in all their songs. Curse League’s songs are difficult, and aren’t the most accessible in the world. Though some tracks of theirs do have shouted group vocals (“Miles of Good Ideas”) and occasionally peppy indie rock guitars (“Vencido”), a lot of their songs tend to feel extremely busy and disorienting in the best way.

Though their first foray into the world of recorded music was the two-song “2 and 6” EP in December 2015, it wouldn’t be until April of this year that the band would really come into their own, with the release of their four-song Bodega Disco EP. On this short collection of tracks, you get a good sense of intense technical proficiency, as well as strong songwriting ability. Their music feels indebted to old-school emo to an extent, but it doesn’t feel too overbearingly emotional; its lyrics are more abstract and poetic than they are tear-soaked diary-esque, and it’s clear that they’re more focused on winning you over with their dizzying grooves and punk aggression.

If math rock is your thing, and especially if you’re into math-punk greats like At the Drive-In and Drive Like Jehu, you have to check out Curse League. They might take a little while to grow on you, but once they do, you won’t wanna leave their clutches.

You can follow Curse League on Facebook, Bandcamp, and Tumblr, and listen to the Bodega Disco EP below.

If you want to submit for your band to be featured in the segment, consult this link for all the information you need on how to do so. Our picks for the rest of the month haven’t yet been chosen, so all entrants will be considered. If your band submits but isn’t featured in this segment, don’t worry, all submissions will be considered for our follow-up daily segment to close out this year, which we’ll be announcing on the last day of Northwest Music Month. Submissions close for good tomorrow, this Friday, June 24th.