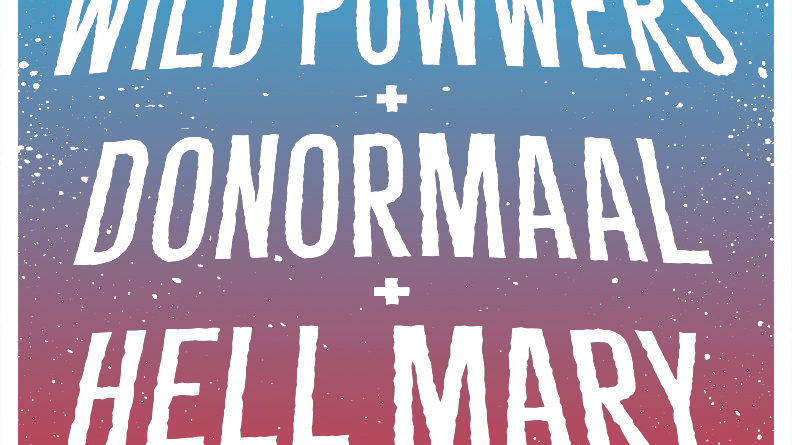 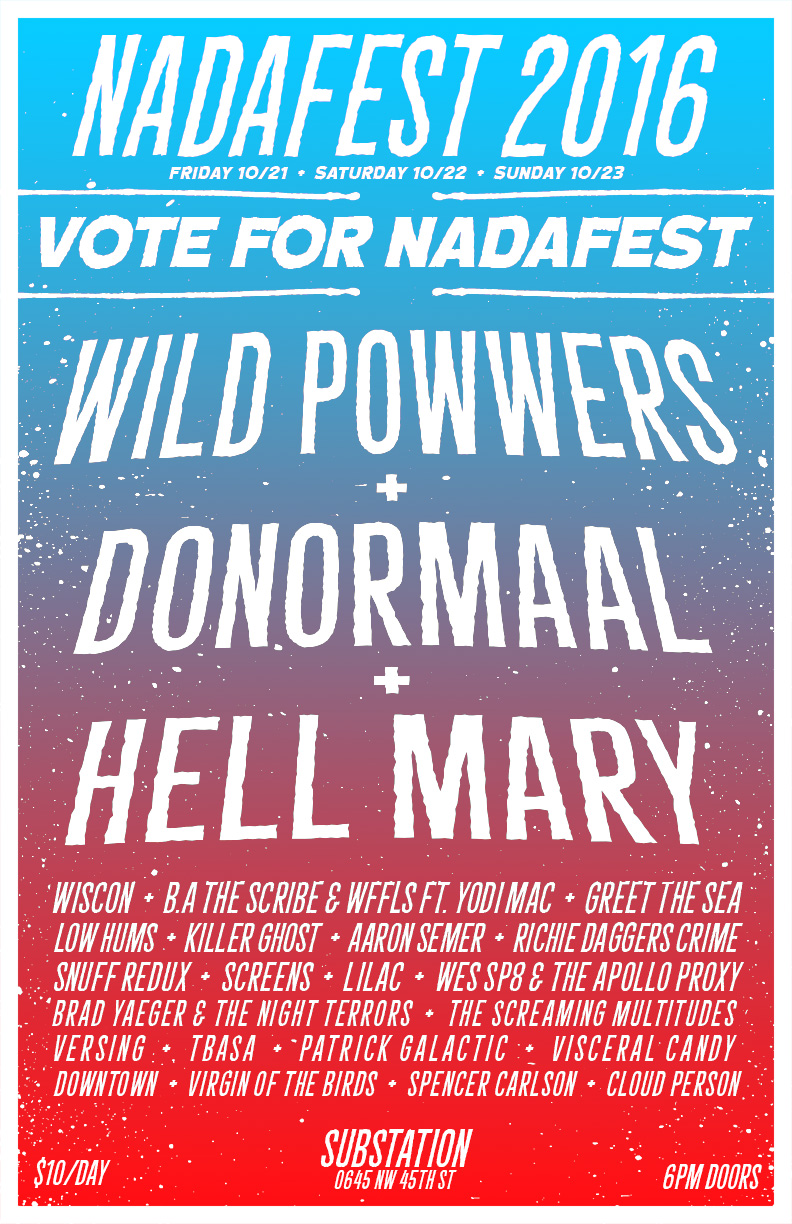 On the heels of the #41for2015Fest, which took place at the Substation last year, our friends at NadaMucho.com announced just today that is not having a music festival Oct. 22-24 at Substation in Freelard.

The event NadaMucho.com will instead be having, dubbed NadaFest, is gathering of emerging local artists from the website’s lists of “41 We’re Watching” in both 2015 and 2016. The festival will be transcending the conventional structure of the music festival, into something unique and inviting. Performances will take place on alternating stages over the course of three days. Artists set to perform include local musicians we’ve also championed in the past, including main headliner Wild Powwers, as well as former features in our 2016 Northwest Music Month segment, Greet The Sea and Spencer Carlson.

Says NadaMucho.com Contributor and Substation Booker Tim Basaraba, “Since it’s almost October and everyone is so sick of festivals that they just want to puke, we thought this was the perfect time to not have one.”

“This is not some community-minded hippie love gathering or any of that,” added publisher Matt Ashworth. “We’re not going to have changing tables or recycling bins or any of that shit. Just three days of the best new bands in Seattle bashing it out in a good old fashioned dirty rock club… a rock club with good sound and cold drinks.”

Conversely, Substation and NadaMucho.com are not taking any house or promoter fees for this performance; 100% of door sales will be split evenly between bands. So, if October rolls around and you’re in the mood for three days of great local music in a non-festival environment, consider heading over to the Substation for a gathering that’ll entirely benefit the bands on its lineup.

Tickets will be priced at $10, and can be purchased at the door. Scope out the full lineup below.