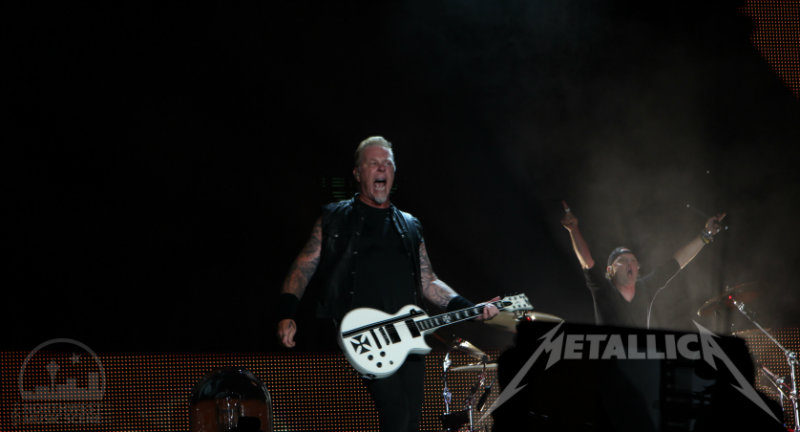 There was a little show that rolled through Seattle last night, perhaps you heard about it? Of course that “little” show was none other than the highly anticipated Metallica concert at a sold-out Century Link Field.

Openers Gojira and Avenged Sevenfold got the well-lubricated early attendees pumped up although, I only caught the first 2 or 3 songs from each of the openers but even with that brief amount, it was clear the crowd was into them as well.

By the time Metallica took the stage at around nine o’clock under the smoke filled twilight skies in the Jet City, the crowd was already out their minds. The rail riders were squeezed in shoulder-to-shoulder, back-to-belly while they grasped the barricades with both hands and attempted to push rearward to get just a fuzz more breathing room. It appeared to be a fruitless endeavor though, as the amped up metalheads pushed forward to get a little closer to the band, if even just a foot or two. The crowd surfers were coming through at will as well, horns held high as the waiting security detail gently caught them time and time again coming over the barricade, ushering them on out of the security pit to undoubtedly go to the back of the crowd and perhaps try again. 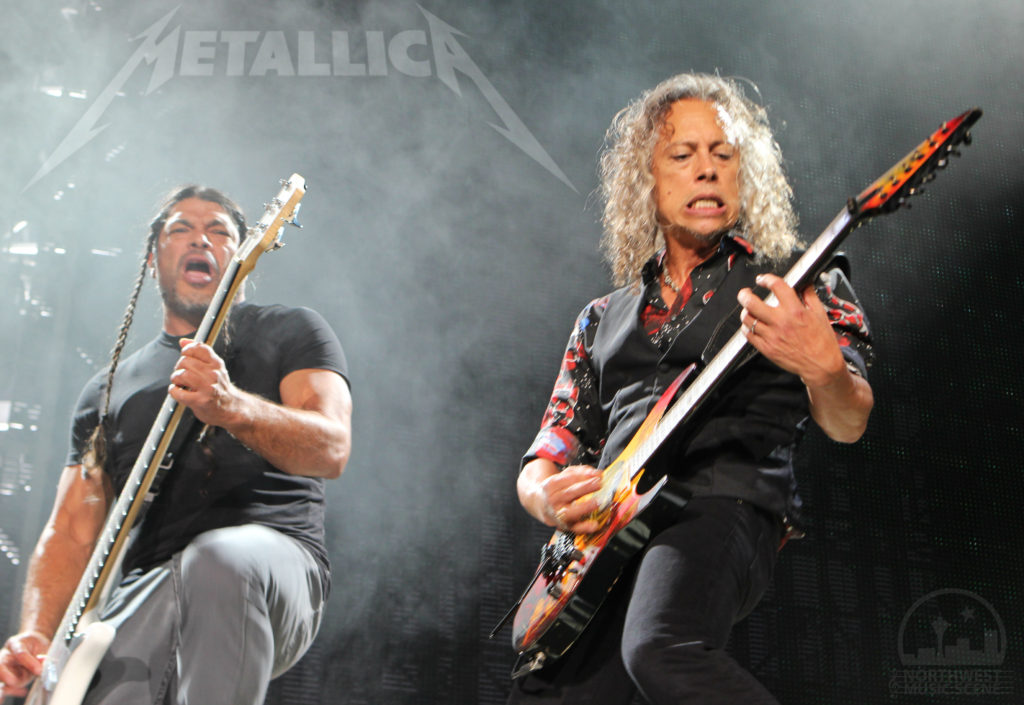 The first couple of tunes had the crowd screaming at the top of their lungs but by the time the third song. “For Whom The Bell Tolls” started, it was deafening. Being in the photopit we were close enough to legit feel the blasts of fire coming from the stationary ignition areas along the stage and from the trolley setup that was set up mid-stage running parallel to the front, that had flames that moved side to side. Being in the photopit also put us close enough to feel the thunder coming from the speakers. You didn’t just hear the music, you felt it. 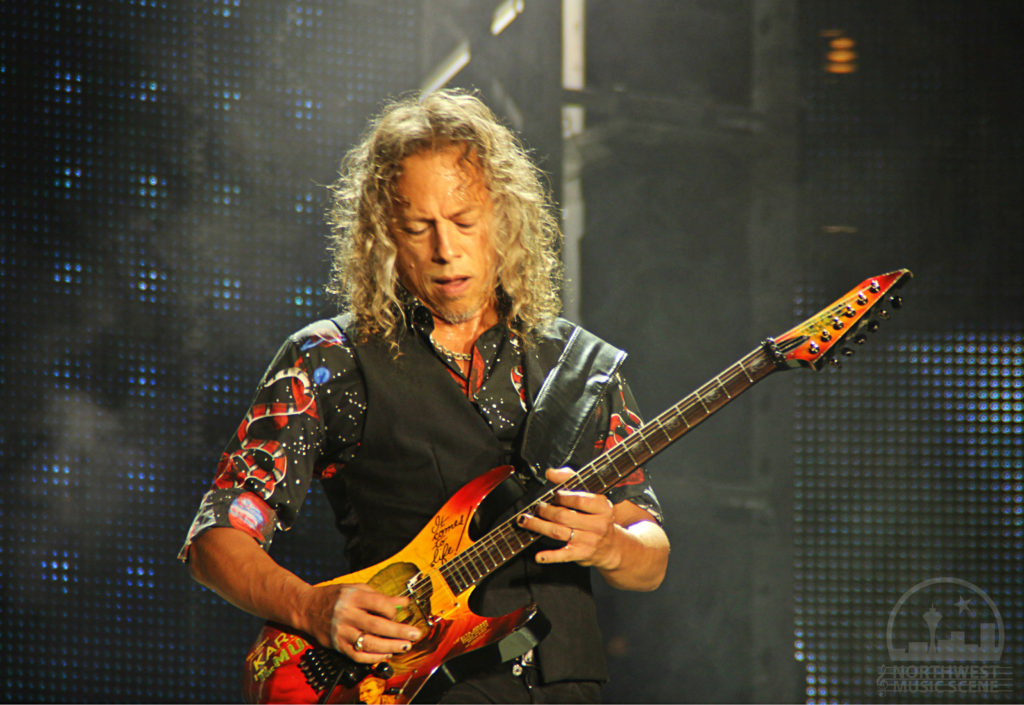 The band unleashed an 18-song setlist that no doubt left most paying fans happy, and according to a show of hands, prompted by Metallica’s lead-man James Hetfield, it was pretty evenly split with fans that had seen them before and fans that were catching a glimpse of the spectacle for the first time.
That setlist included monster versions of “Fade to Black,” “Master of Puppets,” “Seek & Destroy,” “For Whom the Bell Tolls” and most of the other hits that the fans came to experience. During “Master” the massive video screen behind the band first showed the graveyard full of crosses and at times a special effect that depicted Lars’ drumming being controlled by the hands of a puppeteer, as if he were a marionette.

If you were one of the lucky ones in attendance on this sweltering evening, you might have expected them to have, and likely forgive them if they had, lost a step or two. If they have, it was hard to tell. They brought the thunder all night long on top of a six foot tall stage that took up the entire north end zone, complete with a few runways that protruded out on each side. Those met in the middle, thereby created a special fan zone in the center called the Snake Pit. 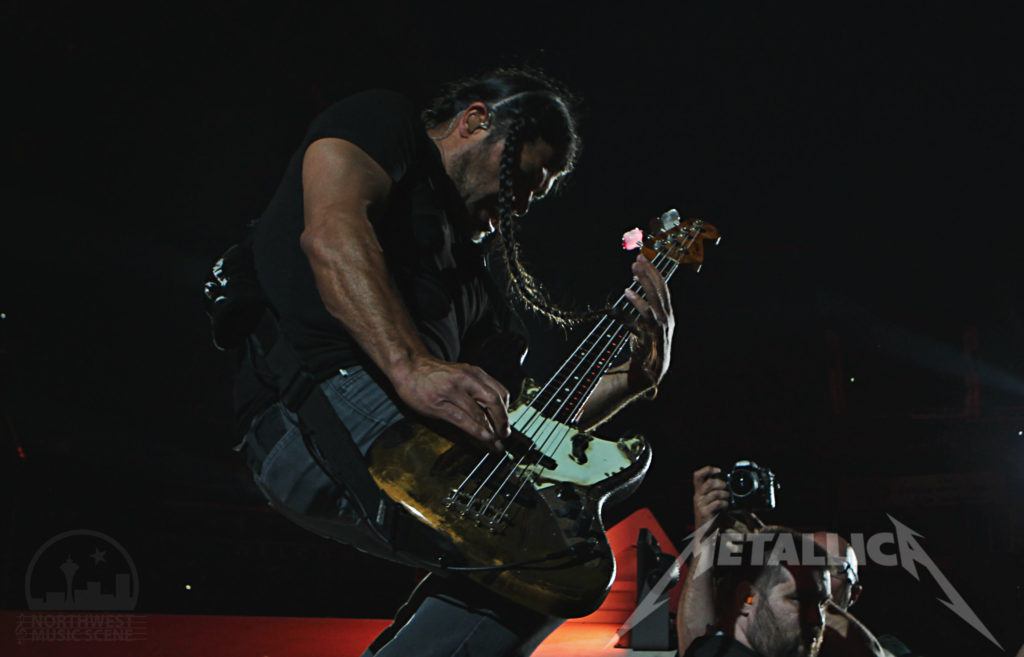 Hammett shredded all night long and James hit most of highs and lows with his signature snarling vocals. He was on point with his trademark scowl as was bassist Robert Trujillo, who lovingly mean-mugged the crowd throughout the show. Behind the kit was of course Lars Ulrich and he held it down just fine. 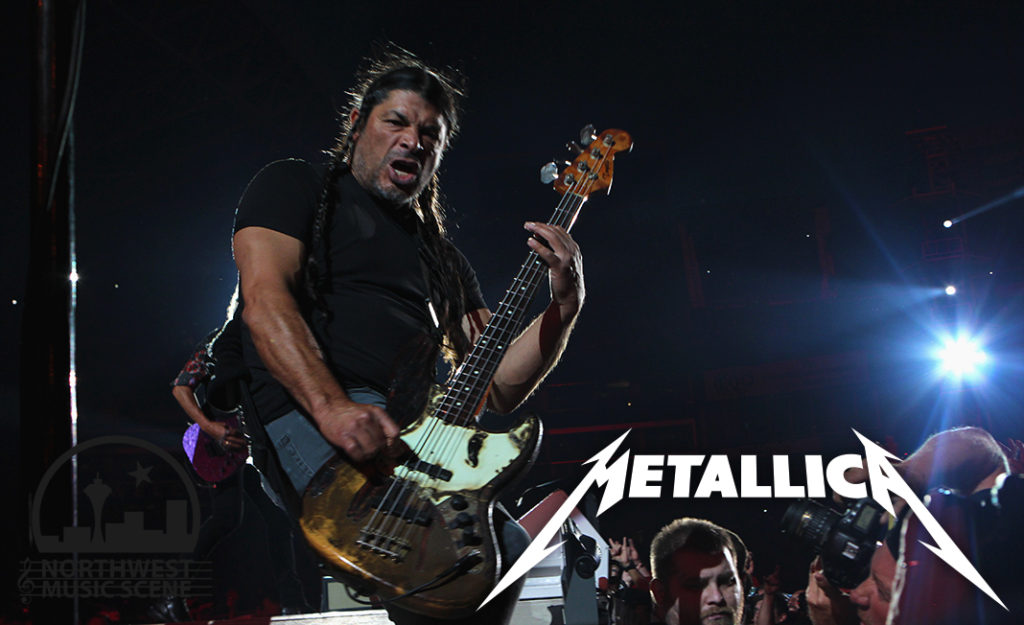 They ended the night with “Enter Sandman” to a hot, sweaty and thoroughly thrilled (and physically exhausted) sell-out crowd at C-Link. What more could you ask for from a band that has been at it as long as they have?

For more photos from the concert, check our Facebook page HERE.