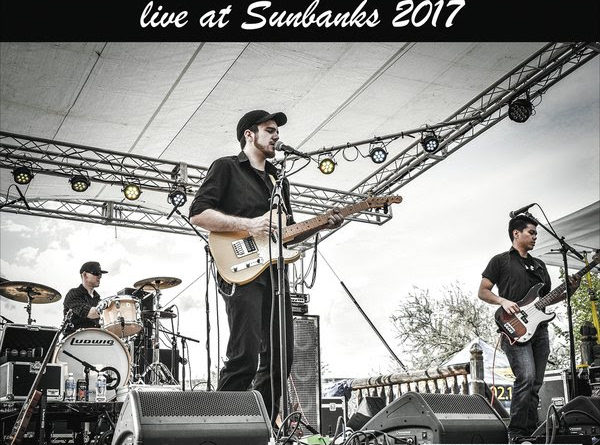 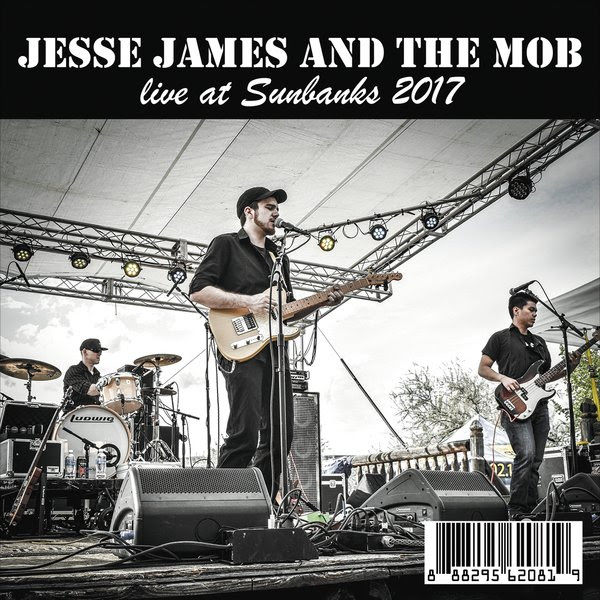 Indie live records have almost always been lo-fi bootleg type affairs but now in the digital age the concept has been raised to a whole new level of quality. Fresh off their appearance at the Sunbanks Festival festival in May comes the new EP from Northwest group Jesse James and the MOB, Live at Sunbanks 2017. The nine tracks capturing the youthful energy of this up and coming group led by young gun slinger Jesse James, a native of Chelan and alum of the Centrum Blues Camp, who’s been working hard to learn his craft and make his mark on the northwest blues scene. James is joined by his long time MOB (men of blues) comrade Giordan Montero on bass and vocals along with new addition Christian Reed on trombone and Washington Blues Society Best of the Blues award winner Tommy Cook filling in on drums.

The set opens with the first of six original tunes from James “Finally The Jetpack Flies,” a funky love song with a quick-witted talk-sing verses and rhythmic interplay between the guitar and trombone. The curiously named track “untitled,” features some thought provoking introspective lyrics and soaring solos from James and Reed. Jesse then takes liberty with a Band of Gypsies riff and transforms it into his own rant “I Aint Mad,” and the funk continues for “The Pedestrian.” James pays tribute to his heroes on blazing rip thru “Hey Joe,’ and then remakes the classic “St James Infirmary,” by delivering the tome over a tasty reggae groove. The quartet jams out on blues standard “One Way Out,” for seven minutes before closing with James’ scorching blues “Between Human and Machine,” and the “Voodoo Chile” inspired rampage “Weather The Storm.”

(Listen to ‘Live at Sunbanks 2017’ below via the Jesse James website, where you can also purchase it and get more info about the band.)