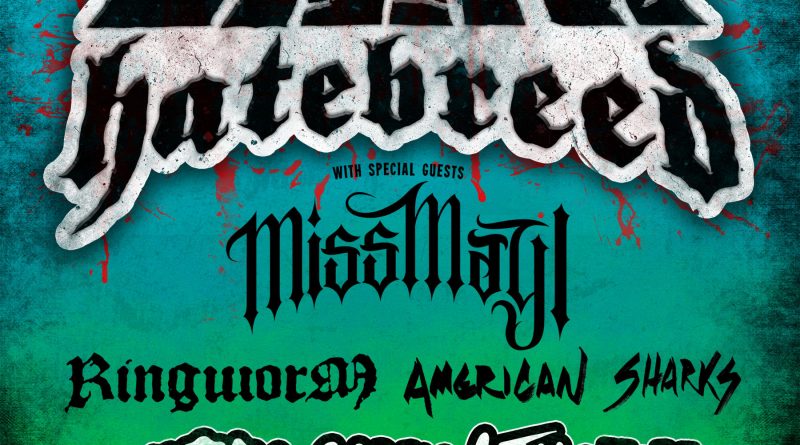 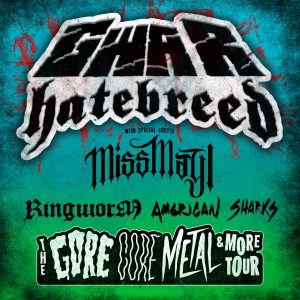 GWAR and Hatebreed to bring “Gore, Core, Metal and More” tour to Showbox SoDo in October, along with other Northwest dates (included below). Ticket information can be found here.
It’s that time of year again, the time when GWAR comes to destroy your town and eviscerate your eardrums.  However, this is no ordinary tour, this year they do it together with Hatebreed.  The “Gore, Core, Metal and More” tour will be co-headlined by your Lords and Masters GWAR, and the mighty Hatebreed.  Support will come from Miss May I, Ringworm and American Sharks These shows begin October 17th in Buffalo, NY and run through October 28th in Peoria, IA.
“This is the tour you can’t afford to miss. We are bringing you the heaviest in hardcore and the most brutal of gore! We are thrilled to be slaying the nation alongside our brothers in HATEBREED!, belches guitarist Pustulus Maximus
“Humans, come, witness the eviscerating, ear splitting majesty and power of GWAR and Hatebreed! Yes, demonstrate your ceaseless dedication to heavy fucking metal in the Pit of Death. There is a very good chance you won’t survive!,” adds vocalist The Berserker Blothar.
“Autumn is a lovely time of year to team up w/ GWAR and crush every city in our path. There will be mosh pits, blood, carnage & chaos,” says Hatebreed frontman Jamey Jasta.
GWAR are out on tour supporting their latest masterpiece “The Blood of Gods” which was released last fall on Metal Blade Records. “The Blood of Gods” is nothing less than a sacred text chronicling the rise of humanity against their makers, and the massive battle between GWAR and the forces of all that is uptight and wrong with the world. Born of adversity, “The Blood of Gods” is a sonic scar…a question asked and answered…Death cannot kill GWAR. Nothing can. GWAR LIVES MOTHERFUCKERS!
In the 20 years since their definitive debut, Hatebreed have rightfully earned their status as hardcore legends. They’ve remained road warriors, touring constantly and reducing venues to pile of rubble and ash while sharing stages with everyone from Slipknot to Slayer and serving as one of the top-tier headliners on multiple festivals, from Ozzfest to Mayhem to Warped Tour.  Hatebreed‘s latest critically acclaimed album “The Concrete Confessional” is out now via Nuclear Blast.
The band recently wrapped two successful legs of its 20th anniversary tour, as well as several dates on the final cross-country edition of Warped Tour.
NORTHWEST TOUR DATES:
10/12: Boise, ID @ Knitting Factory
10/13: Spokane, WA @ Knitting Factory (Hatebreed Headlines)
10/15: Seattle, WA @ Showbox Sodo
10/16: Portland, OR @ Roseland Theater