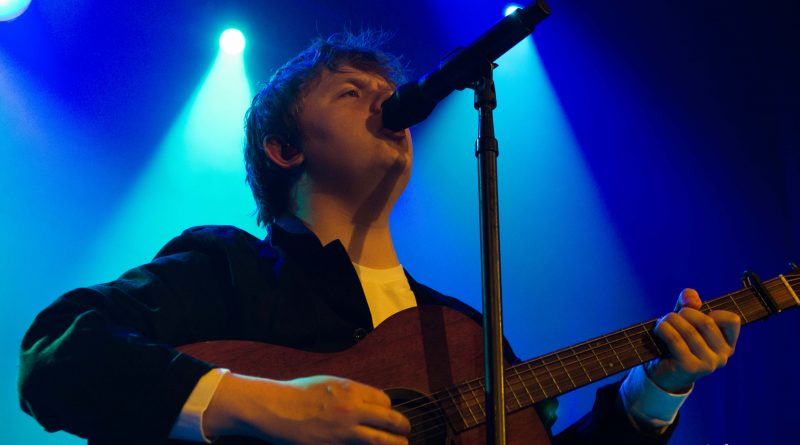 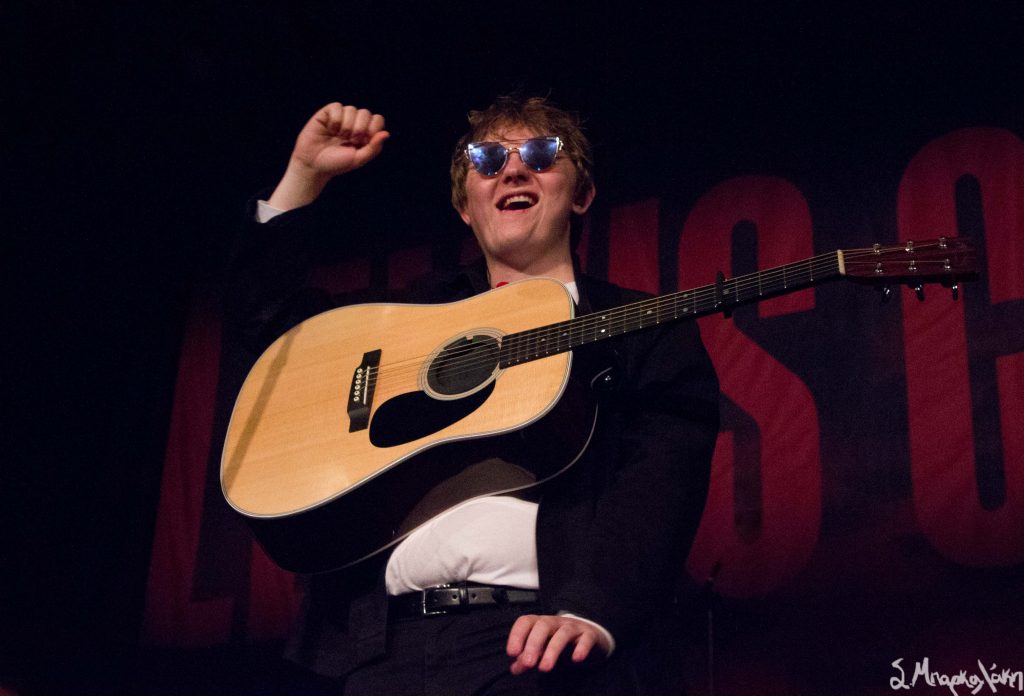 It seems like many people had not heard of the 22-year old pop sensation coming out of the other side of the pond. The rising star Lewis Capaldi though who was playing for the first time in Seattle somehow managed to move from the Chop Suey to the much larger Neptune Theater and still managed sell it out. He has a lot of dedicated fans who showed up to support him, and many from his native Scotland were there to cheer him on. We couldn’t wait and see what all the talk was about.

Capaldi received mainstream success when his song, “Someone You Loved,” reached number one on the UK Singles Chart, and ever since then he’s been touring the world mesmerizing concertgoers. His stage had a simple banner in the background with his name on it and the switch was very quick from the impressive opener, Sam Fischer. When the lights dimmed after nine-thirty his four member band took the stage first, wearing matching red outfits with black shirts. Capaldi followed shortly dressed in black with a white tee. His fans immediately started to scream in excitement as he smiled and stood in the front by himself. 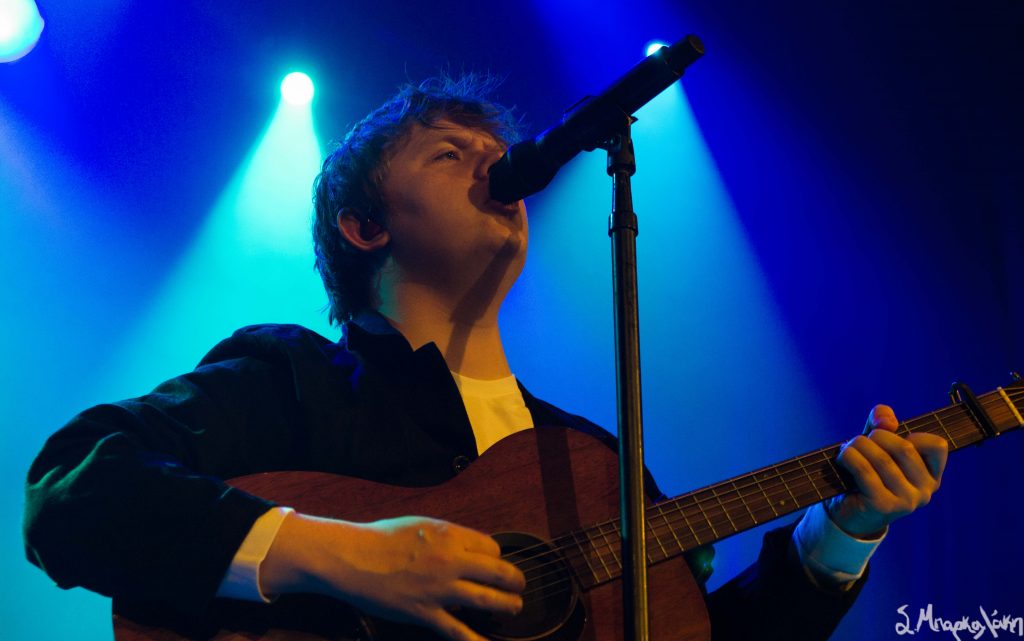 His debut album, Divinely Uninspired to a Hellish Extent, released just last month has received wide acclaim and his fans were singing along to every word as if it was the only thing they were living for. The mood was very comforting as Capaldi sang his heartbreaking songs and perhaps that’s why he’s become so popular; because so many people can relate. It’s very genuine and as he sings every word you can tell that he’s almost reliving it and perfectly explaining it to his audience.

He stopped a few times to banter with the fans and this made the night even more enjoyable, making it feel like he was narrating his stories in our living rooms. He’s known for his comical social media posts and fans made sure they gave him some content to work with as they constantly threw sunglasses at him. In return he would actually grab them and put them on and pose for a photo as he smiled.

Highlights of the night included, “Hollywood”, “Headspace”, “Don’t Get Me Wrong”, “Fade”, and of course hit, “Someone You Loved.” The show was almost nearing the end as Capaldi stopped to chat with the adoring fans. He shared that he doesn’t really do encores but tonight he actually really needed to use the restroom so they were all going to pretend that he’s leaving for an encore and then he would appear again causing enthusiasm. 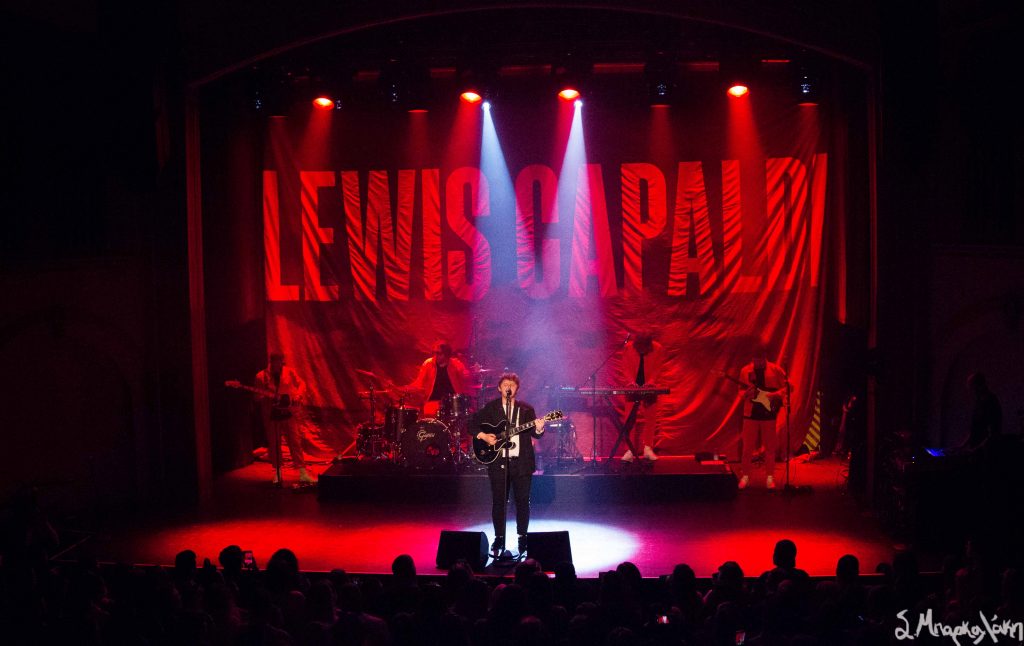 He ran upstairs and returned quickly with his keyboard player as fans yelled, “One more song!” Then when he stepped on the floor again people started to throw sunglasses at him and as he began collecting them in his pocket smiling, a passport hit the stage. He laughed and read the name and was surprised that it was valid and asked the people to give it back to the guy. Someone got excited and even threw a Scottish flag onstage right after and he raised it proudly thanking the Scottish people for coming out to support him.

He might be at the young stages of his career but Capaldi has a certain talent that is captivating and raw. He was constantly engaging with the crowd keeping the energy up and grabbing everyone’s attention. He finished off by thanking everyone for coming out and making the tour so special and shared that he still couldn’t believe how far his songs have taken him. He will be coming back to the States in September and he’s worth catching live.