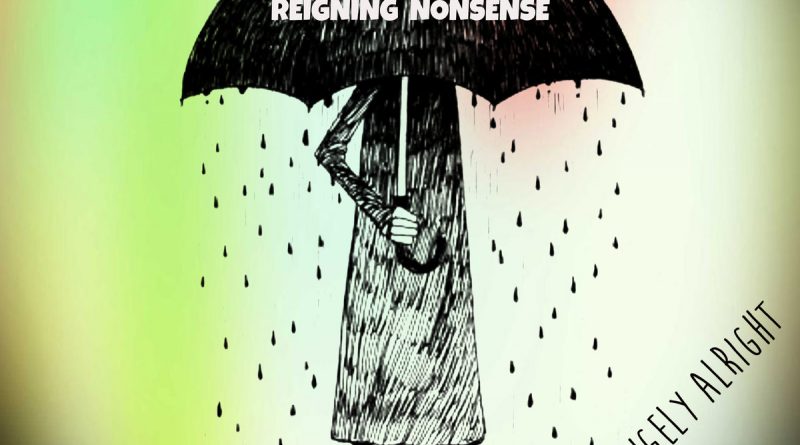 “In some cases is keeping your mouth shut the best answer.” Dalai Lama

“Reigning Nonsense” is a new single from Strangely Alright premiering today on Northwest Music Scene.  It’s a U2‘s “Wild Horses” meets Neo-indie rock playful poke at opinions that dirty up the universe and quite often end up being part of the problem and not the solution. “Reigning Nonsense” can be streamed on Spotify and is available everywhere digital music is sold including iTunes and Amazon Music.

SA front man Regan Lane explains: “Reigning Nonsense” is just a lighthearted reaction to all the hurtful and often hateful words and ideas that are pointed at anything or anyone that’s different. We can’t control what people do or don’t do but can control how we react to the often infuriating nonsense we see and hear… So most times I dismiss the silliness and move on…lol. Not picking sides, it’s just an observation. It’s clear to see that what we all put into the universe can affect folks depending on the positive or negative bent of our words and actions and where people are at in their own lives… And because we believe that love is more powerful than hate, the underlying thought is just be kind because the ripple effect is real.”

(Check out “Reigning Nonsense” below via Bandcamp and get more info about Strangely Alright HERE.)

Strangely Alright will be performing at Meeker Days on June 16th @ 1:30 pm on the Main Stage. Get more show details HERE.