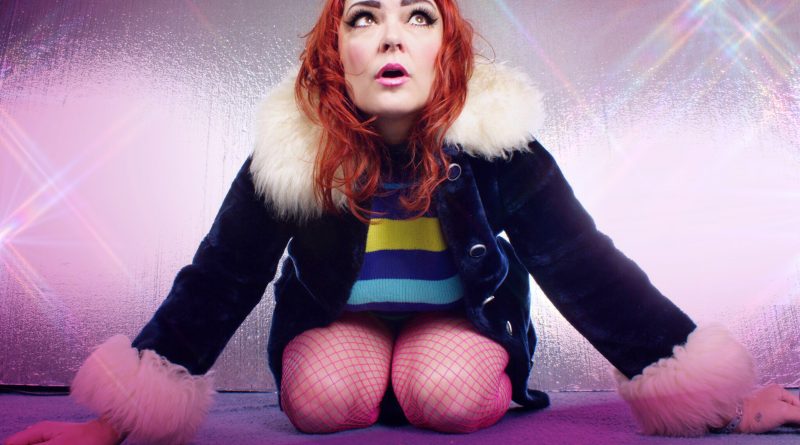 Dressy Bessy (ever wonder what happened to Dapper Dan?) is twenty-six years old this year—but if you’re feeling old, don’t worry; I’m old too; and the whole “feeling old” is actually a huge conspiracy by consumer culture to keep you unhappily off-balance.  The new Dressy Bessy album is Fast Faster Disaster, and they’ll bring their thing to the Vera Project, Saturday, August 24th, with Potty Mouth and Colleen Green.  Head Bessy Tammy Ealom was kind enough to take some questions.

Tammy Ealom:  Best shows we’ve played in Seattle would be, our first time 1999 at The Breakroom with Tullycraft & Kissingbook.

Also, 2000 at Graceland with The Aislers Set, Dear Nora & 764-Hero. 2003 at the Vera Project. 2004 at Neumos with The Starlight Mints & Deathray Davies. Sunset Tavern 2005 with The Jessica Fletchers. So many others I’d have to say every show we’ve played in Seattle has been really fun! Lucky enough to play with friends with mutual love for each others music.

Northwest Music Scene:  What are your best, worst, and oddest stories of playing the world over?

Tammy Ealom:  In 2002 we went to Europe twice and both trips were crazy. The first was in January which included a driving tour across the Fjords of Norway. We had back to back shows in Bergen and Oslo, which turned out to be a 13 hr drive across mountains, several ferries and even a point where we had to wait for a snow plow to lead us for several hours with walls of snow on both sides. We arrived about an hour before our set and many of the locals didn’t even know it was possible to do.

The next morning we overslept and awoke to a blizzard. We had to drive nearly 100 mph to make our flight, all the while thinking the flight would be delayed or cancelled. But this was Norway and the flight was right on schedule and took off in a complete white out.  All the passengers were also used to the conditions and were very jovial and in good spirits. We were all sure we would die that day. We pulled out to the runway and there was clearly ice all over the wings. The pilot pulled to the end of the runway where they had a de-icing truck waiting. They de-iced, then away we went.

The whole tour was crazy like that, sprained ankles, all night drives, ferries stuck outside port in storms.  We could write a book about those 14 days and probably should!

Northwest Music Scene:  How has the band’s music grown and changed over the years, both musically and lyrically?

Tammy Ealom:  I don’t know that musically it’s changed all that much. Fidelity-wise it’s changed from 4- and 8-track tape recordings to full blown studio recordings to back to the basement digital recordings. Lyrically the subject matter as of late is a lil’ more serious and grownup, as the times inspire.

Northwest Music Scene:  Where did you record the new album and who worked on recording it with you? Any favorite stories from the studio?

Fast Faster Disaster was recorded at home. It’s both a blessing and a curse to have all the time you are allowed in your own studio. I think my favorite story would be the day we decided the sucker was done, mixed & mastered. Lol.

Northwest Music Scene:  You’ve watched American cultural tolerance for outside-the-box go out, in, and back out.  Is it difficult to maintain hope for the future?

Tammy Ealom:  As long as musicians and artists have a voice there will always be hope for the future.

Northwest Music Scene:  What are your plans for the future after this tour?

Tammy Ealom:  Just to keep touring and spreading our music to those who will listen! Hoping to travel the US & Europe into next year and then, who knows.