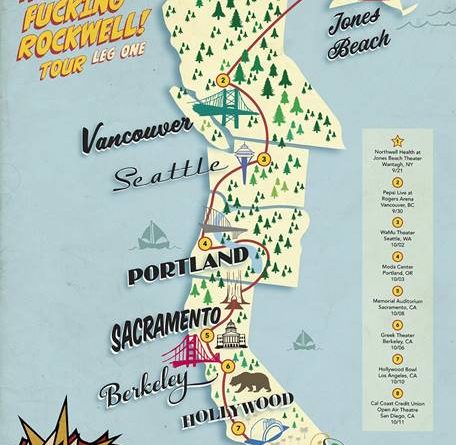 Lana Del Rey has announced her highly anticipated return to the road with a run of shows across the U.S. this fall. Produced by Live Nation, the eight-city outing will kick off September 21st in New York and make stops in Seattle, Portland, and more before wrapping October 11th in San Diego, CA. The highly anticipated trek will also include an October 10th date at the famous Hollywood Bowl in Los Angeles, CA. Tickets go on sale to the general public beginning Friday, August 9th at 10am local time at LiveNation.com. 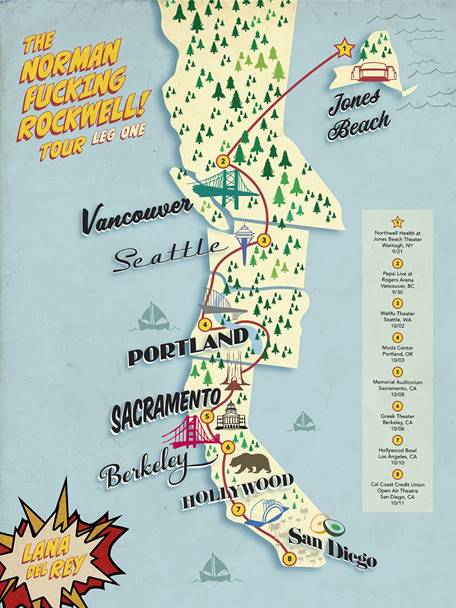 Lana recently revealed the official release date for her forthcoming album, Norman Fucking Rockwell!, out everywhere Friday, August 30th, 2019. The album is now available for pre-order in standard and deluxe editions on download, CD, vinyl, and cassette. The highly anticipated album was mainly produced and co-written with Jack Antonoff and will include ‘Venice Bitch,’ ‘Mariners Apartment Complex,’ ‘hope is a dangerous thing for a woman like me to have – but I have it,’ and the cover of Sublime’s ‘Doin’ Time.’

Each ticket to The Norman Fucking Rockwell! Tour will come with a copy of the album. For all other information, visit lanadelrey.com.