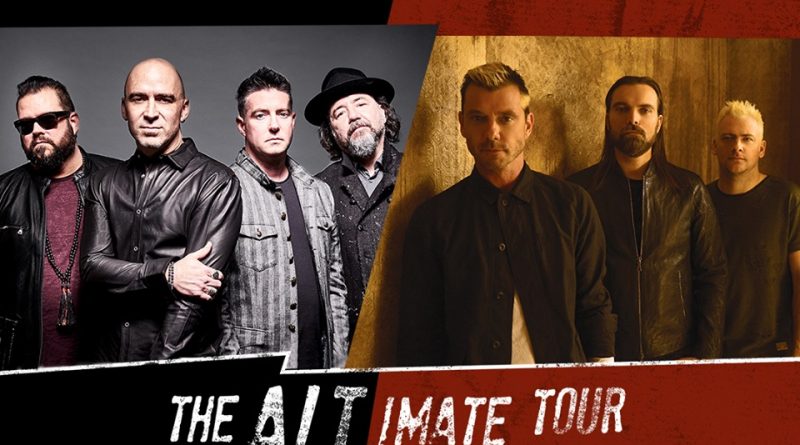 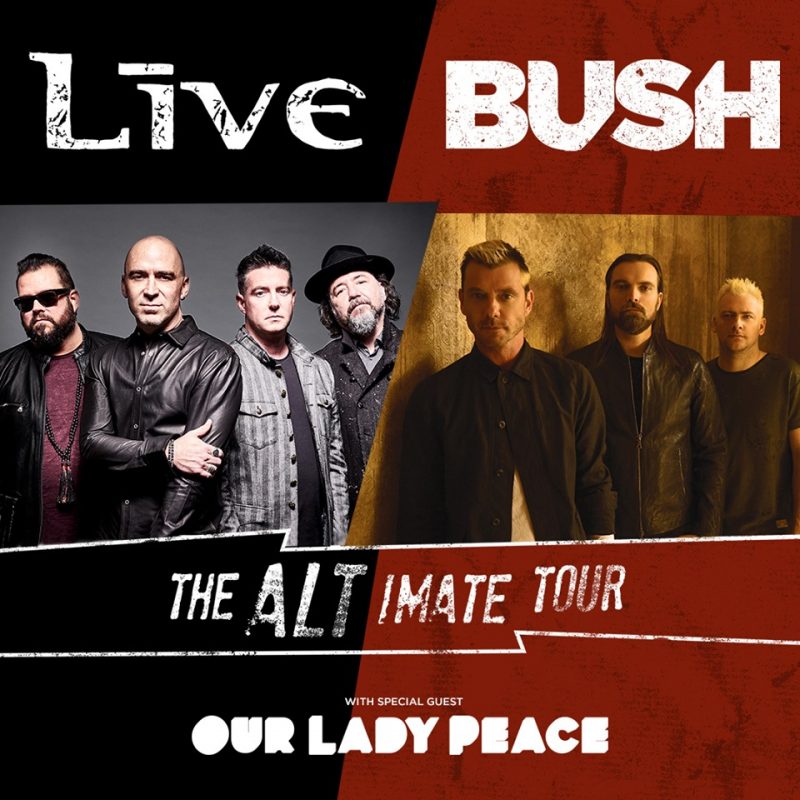 Alt rock bands LIVE and Bush are bringing The ALTimate Tour to the accesso ShoWare Center October 16 at 7:00PM.

Rock bands Live and Bush have come together to celebrate the 25th anniversaries of their career-launching albums on the ALTimate Tour this fall with support from Our Lady Peace.

For both acts, 1994 was a huge year as Live launched its third studio album, “Throwing Copper,” on April 26 and Bush delivered its debut record, “Sixteen Stone,” on Dec. 6. Each album spawned several hits including Live’s “Selling the Drama,” “I Alone,” “All Over You” and “Lightning Crashes” and Bush found success with “Everything Zen,” “Glycerine,” “Comedown” and “Little Things.”