Ladies and gentlemen, and all local music enthusiasts, welcome back to the fourth annual outing of our year-end daily local music spotlight, 100 Bands in 100 Days, where every day until December 31st, we’ll be showcasing a new band or artist on the cutting edge of the Northwest, presented by Verity Credit Union. Make sure to check the #100Bands100Days hashtag at Twitter daily to stay on top of all the bands featured, and make sure to follow Verity on Twitter and NW_Music_Scene as well. Some days the featured act could be an established and locally-adored Northwest-based musician and other times they could be a band with a small following that just hasn’t had their deserved time in the sun yet. Either way, we’re fairly confident you can come away from this daily segment with plenty of new favorites. Today’s installment of this journey takes us to one of Seattle music’s most defining power slop outfits, Tincho. 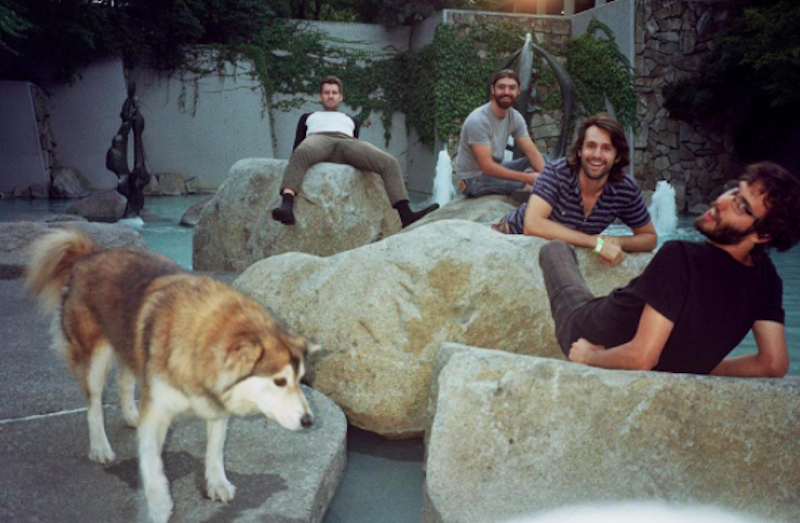 Sitting somewhere between the lucidity of reality and a state of out-of-body daydreaming, Tincho presents a musical world you can easily lose yourself in; fuzzy, textured guitars color the scene, while the driving drumming and melodic, dreamy vocals give the music extreme catchiness. Other hazy alternative rock and power pop acts come to mind when listening to some of Tincho’s music, both new and old – Beach Fossils, The Jesus and Mary Chain, Wavves – but Tincho’s sweet melodies and feel-good atmosphere set them apart from their influences.

While originally starting as the solo project of member Marty Kaleta in a Chicago basement, he eventually moved to Seattle, where he would recruit a full band to self-record a full-length debut record, which the band hopes to release in early 2018. Expanding from just one member to a four-piece is sure to mark new territory for Tincho, but until the debut record is unleashed, Kaleta’s self-produced EPs give listeners a good taste of what the project is going for, with one lulling pop-rock track after another. Listen to any songs off their short, potent Nos Vemos project from 2016 and you’re bound to be humming its best vocal melodies to yourself long after the EP’s conclusion, and you’ll likely be wanting to come back to its warm, charming lo-fi sound again and again.

(Listen to Nos Vemos below; you can keep up with the band via Facebook.)