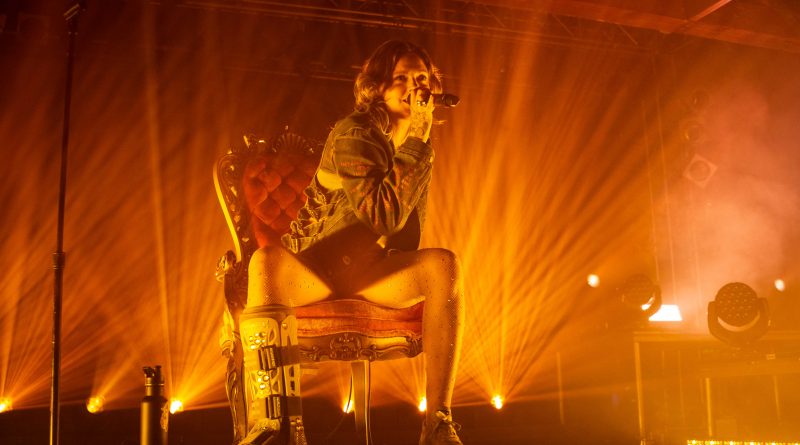 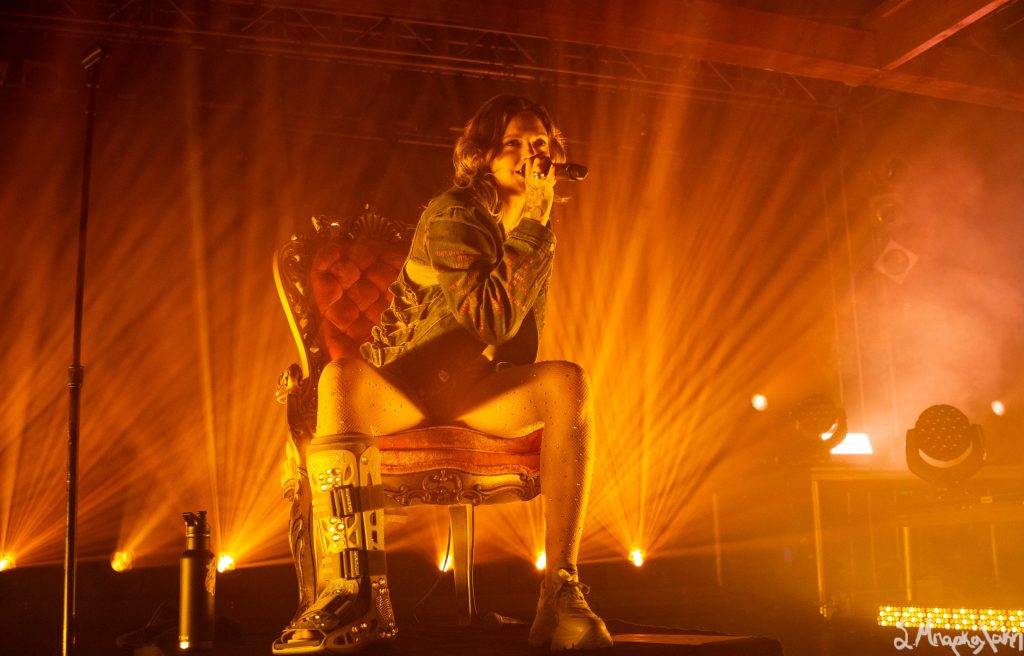 It had been a few years since we caught the Swedish pop sensation Tove Lo and we were excited to catch her at her sold out show at SoDo. Her fourth album Sunshine Kitty was released late last year and it has proven yet again that the singer-songwriter is still holding true to her vulnerable raw emotions. We are thrilled that she’s still making tracks we can relate to and even more so, dance the night away.

The show began with ALMA who has been slowly creeping up on us for some time. The Finnish singer-songwriter was a great way to kick off the night as she is perfectly paired with the vibe of Tove Lo. She’s recently released her EPs Have You Seen Her? Part 1 and 2, this month and her debut record is set sometime in the spring. Her dyed green/yellow hair, split color blazer and uplifting stage persona impressed the crowd along with songs “Chasing Highs,” and “Good Vibes,” that we all can relate to.

When the stage was quickly switching over I saw the large chair being set in the middle and I remembered that Tove Lo had broken her foot weeks back. Knowing her live shows to be so high energy I wondered how this would go if she was sitting down for a large part of it. Her band took the stage wearing white overalls covered with Tove patches and a few seconds later she walked out. 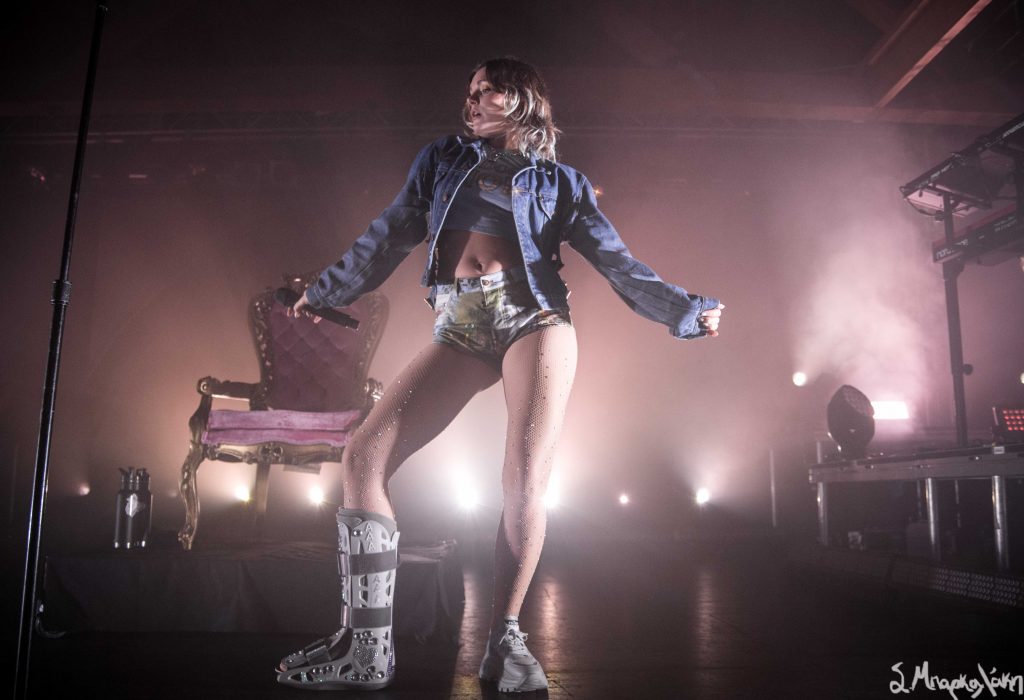 She opened the show with “Glad He’s Gone,” standing up wearing a bedazzled boot on her right foot. It didn’t seem to faze her a lot as she still moved around and smiled at her fans. For the second song she was joined by ALMA for “Bad as the Boys,” which was so great as they sing the song together on the record and is one of my favorites. She sat down in the large chair after that and gave us a little bit of a dance and multiple hair flips for “Cool Girl,” making it more a prop than a necessity.

I was surprised to see her stand so much throughout the night but I should have known that no injury could stop Tove from having a good time with her fans. During the dance part of her set, a dancer came out and moved around the stage adding to the movement she couldn’t perform which was a good way to pump the audience up. Not that we needed someone, as her songs provide great beats to move around. “Are U gonna tell her” was an absolute hit gearing us up for “Jacques,” and “Talking Body.”

After an amazing dance party a keyboard was brought out for her and she played “Moments” by herself. She noted that the song was about not being perfect and that makes it perfect before she sang how charming she was during the chorus. When she was finished she thanked her fans and said that she was going to do one more sad one because tears are important and it’s good to let them out at least once a day. 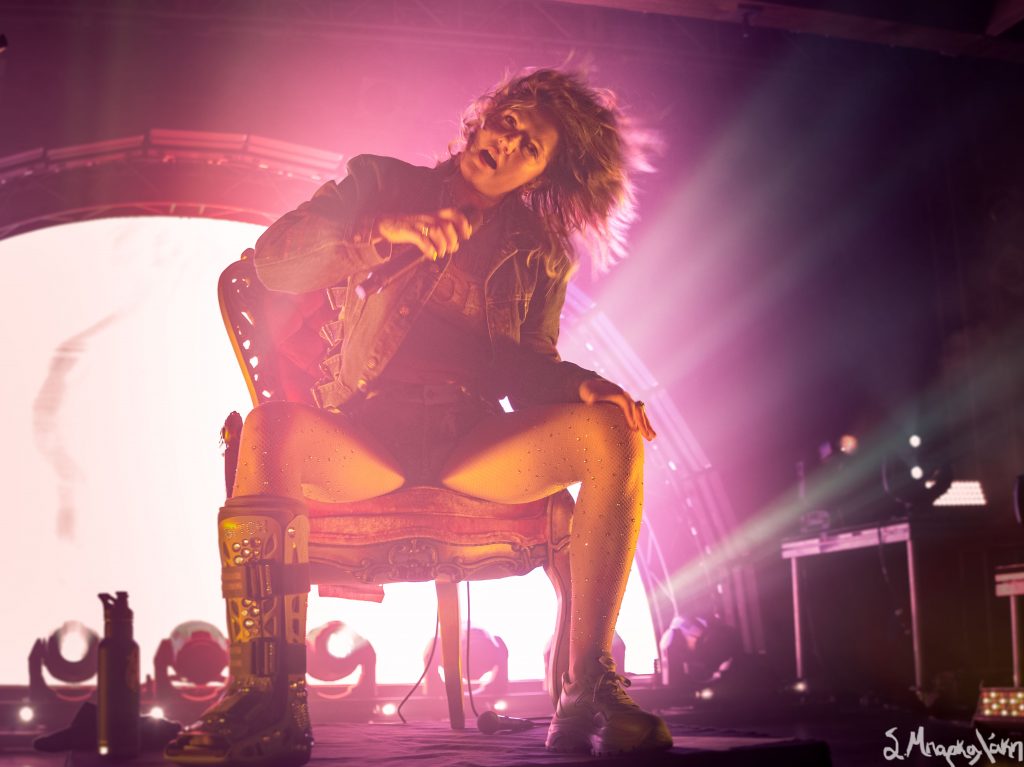 The beat picked up once again after for “Bitches,” as ALMA joined again and sang her part. Before she went into “Mateo,” she stopped and said, “This one’s for a douchebag,” and we couldn’t love her more. The enjoyable long set came to an end with “Come Undone” which she dedicated to her boyfriend who was in the crowd. 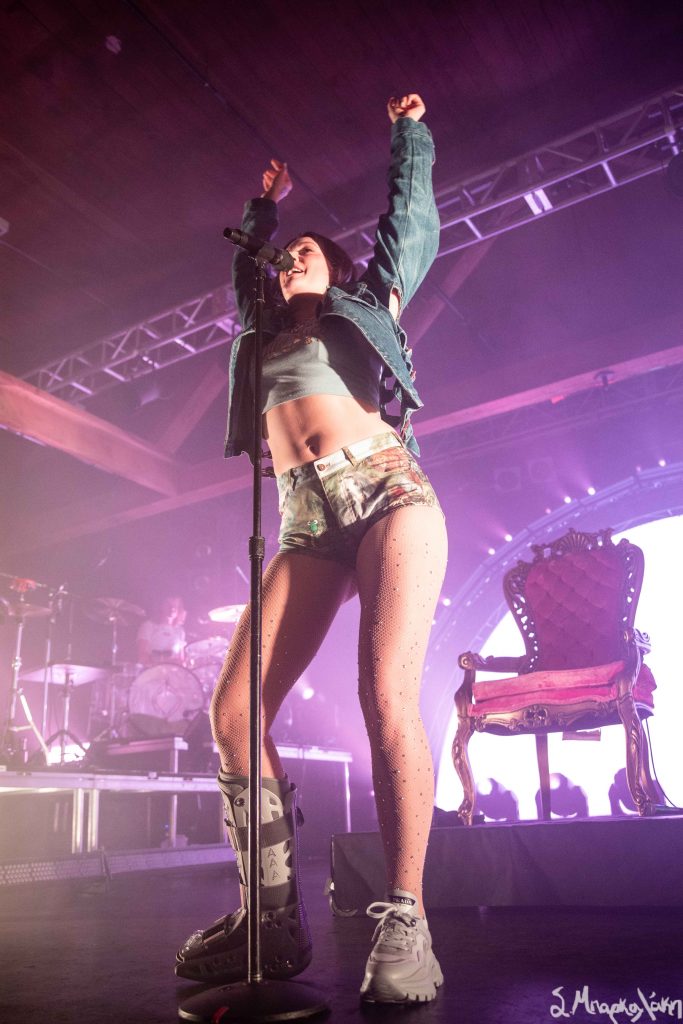