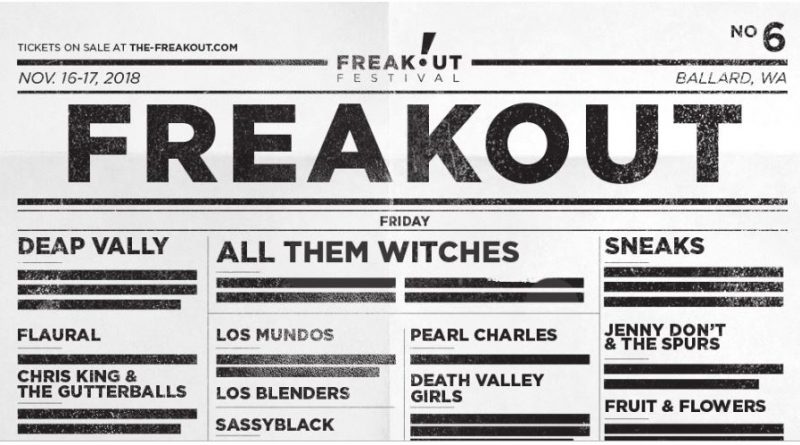 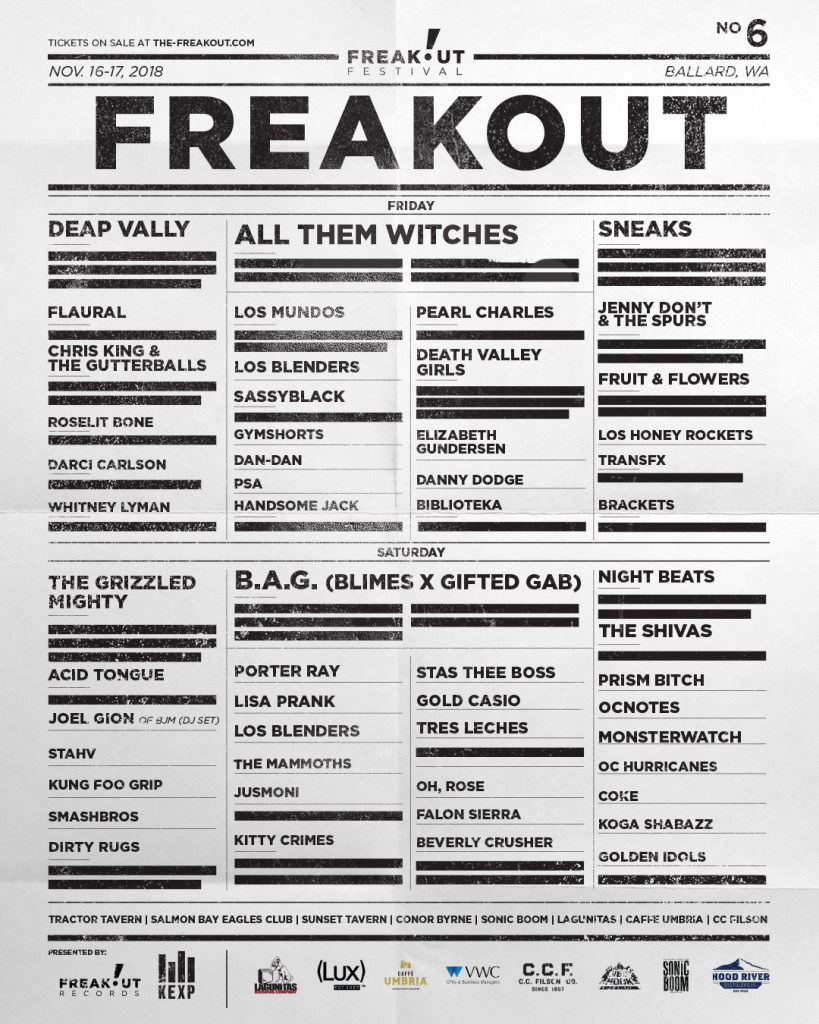 The 6th annual Freakout Fest will once again take over Ballard for two nights full of music that has a little bit of something for just about every northwest music fan. The festival will take place on Friday, November 16 and Saturday, November 17 in the historic Ballard neighborhood.

This year’s lineup is packed with amazing local talent, including All Them Witches, Blimes & Gab, Night Beats, Deap Vally, Sneaks, Monsterwatch, and many, many more! See the full lineup HERE.