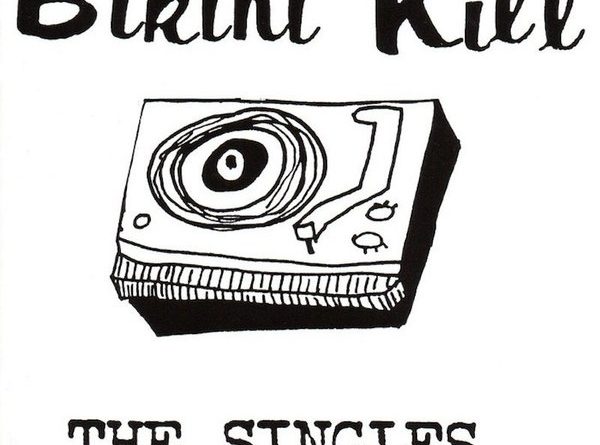 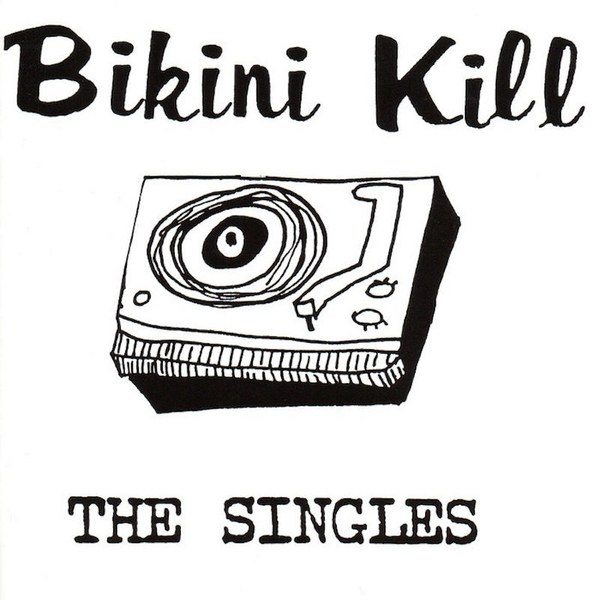 It wasn’t just Pacific Northwest “grunge” acts that landed in the media spotlight in 1992. Riot grrrl bands — to their chagrin — also found themselves the target of eager journalists wanting to get the jump on whatever the next big thing in indie-rock was going to be. It wasn’t something any of the bands sought out. Riot grrrl bands weren’t looking for the fat major label contracts; their priority was getting more women involved in music, in part as a means of bringing about social change. As the Riot Grrrl Manifesto put it, “BECAUSE us girls crave records and books and fanzines that speak to US that WE feel included in and can understand in our own ways.” You were welcome to join the party, but the intention wasn’t to end up on MTV.

So when the media came calling, there was pushback, and by early 1993, some involved in the movement called for a “media blackout” (meaning that when Spin ran a story on riot grrrl the magazine was forced to use a model to illustrate the piece, as no bonafide riot grrrl would pose for the picture). But 1993 was also the year when Bikini Kill gave us an idea of what they might’ve sounded like had they ventured into major label territory, taking on Joan Jett to produce what became their most polished single: “New Radio”/“Rebel Girl”/“DemiRep.”

Jett was a natural choice for the job, being something of a riot grrrl herself back in the days of The Runaways (she also plays guitar and provides backing vocals on the songs). She beefed up Bikini Kill’s sound, and turned the band into a sonic powerhouse. “New Radio” was the sound of a generation finding its own voice, with Kathleen Hanna proclaiming, “It doesn’t matter who’s in control now…” before her voice launches into overdrive on the next line: “It doesn’t matter cuz THIS IS NEW RADIO!”

And “Rebel Girl” is the kind of timeless anthem that sounds like it could’ve been released yesterday, a song of such confident, triumphant glee, it should be required listening for every pre-teen girl (rawer versions of the song also appear on the Yeah Yeah Yeah Yeah/Our Troubled Youth album Bikini Kill released with UK act Huggy Bear, as well on their own album, Pussy Whipped).

The single (which also included “Demi Rep,” a denunciation of exploitation) had the kind of commercial gloss that should’ve made the songs “radio friendly” (well, aside from the odd swear word). That didn’t happen. So Bikini Kill’s next two singles (“The Anti-Pleasure Dissertation,” more of an EP, which also included “In Accordance to Natural Law,” “Strawberry Julius,” and “Rah! Rah! Replica”; and “I Like Fucking”/“I Hate Danger”) were more lo-fi in sound, though the subject matter was just as potent, offering a searing depiction of what life is like for a young woman in the modern world.

When Hanna laments in “I Like Fucking” that “my world, sweet sister/is so fucking goddamn full of rape/does that mean my body must always be a source of pain?” it’s the kind of line that cuts to the bone just as sharply today as it did when it was first released 23 years ago (indeed, it’s a song that could be “ripped from the headlines”). Not that they leave that thought sitting there; Bikini Kill’s songs were about confronting, and overcoming, obstacles, and the song ends with the decidedly positive affirmation, “I believe in the radical possibilities of pleasure, babe/I do.”

And while the songs did address serious issues like abuse and inequality, there was a sense of humor at work as well, an aspect of Bikini Kill (and other riot grrrl bands) that’s sometimes been overlooked. “Replica” has the delightful observation “I caught my boyfriend kissing a replica/Oh god, she looked just like me/Only nice and sweet and better.” And the fast and furious pace of the music generates its own kind of giddy satisfaction.

All the records were later compiled after the band broke up on the aptly named 1998 album The Singles. It was initially released on CD only; remember those days, when CDs were the primary option? Twenty years later, its finally making its vinyl debut, and it’s available digitally too. In some ways, the times have changed; the vinyl now costs more than the CD. And if too many things haven’t changed in other ways, it’s still good to have these smart, snappy, punk rock songs to fall back on.

(Listen to ‘The Singles’ below via Bandcamp and purchase the vinyl HERE.)