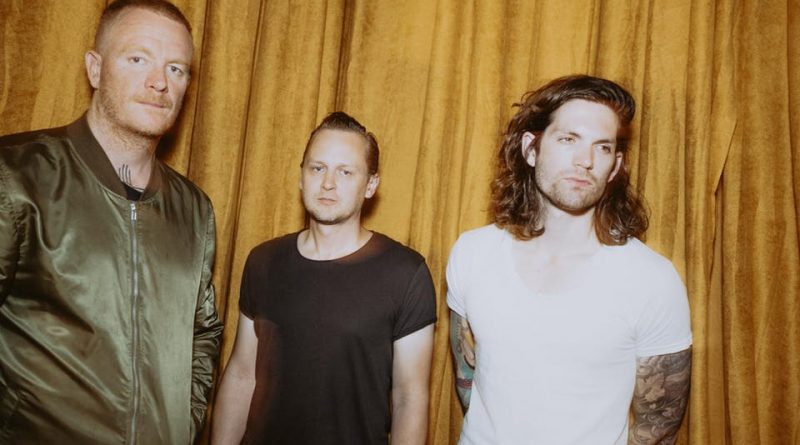 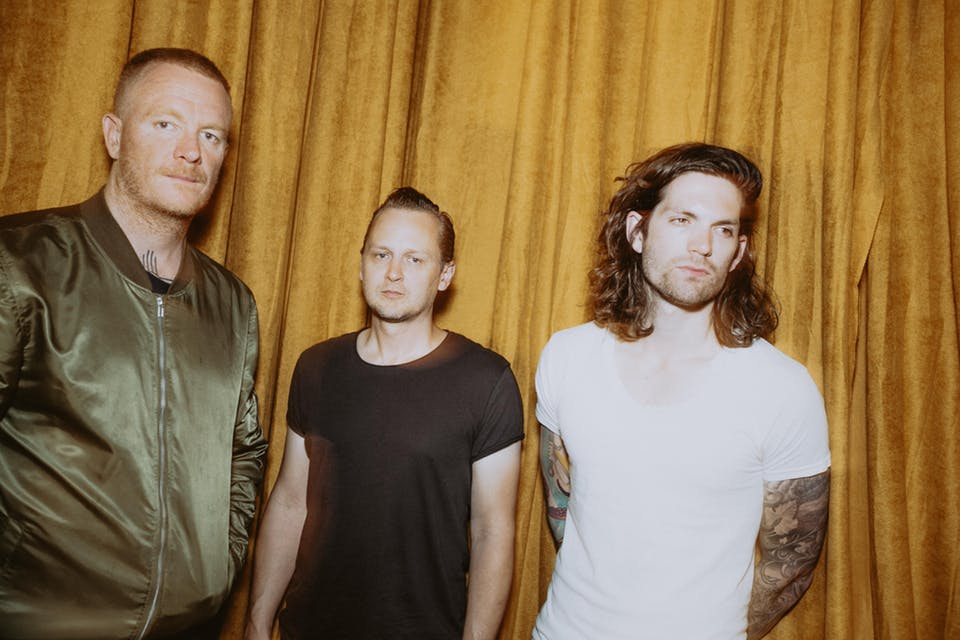 Eve 6 weren’t even legal drinking age when they were presented with their first platinum record. Thus, life came hard and fast at the members of SoCal pop-punk trio, whose meteoric success in the late ‘90s and early millennium ingrained their anthemic radio hits into the fabric of the lives of a whole generation.

Eve 6—which includes vocalist/bassist Max Collins guitarist Jon Siebels and drummer Ben Hilzinger (replacing Tony Fagenson who left the band in Feb. of 2018) —formed in Southern California in 1995 while the trio were just teenagers, then inked a deal with RCA Records before they’d finished high school. The band issued the self-titled Eve 6 in 1998, attaining platinum success with hit singles “Inside Out” and “Leech,” the former capturing the #1 spot on the Modern Rock charts and crossing over successfully to Top 40 radio. More widespread recognition came with gold-selling sophomore effort Horrorscope (2000), which spawned radio gems “Promise,” “On The Roof Again” and the ubiquitous prom and MTV anthem “Here’s To The Night”.

It seemed like Eve 6 were everywhere—the band made appearances on The Tonight Show with Jay Leno, The Late Show with David Letterman, Jimmy Kimmel Live, Late Night With Conan O’Brien, and TRL with Carson Daly, with their videos in constant rotation on MTV. The band then released the more experimental It’s All In Your Head in 2003, featuring singles “Think Twice” and “At Least We’re Dreaming,”. 2012 saw the release of Speak In Code on Fearless records with top 20 Alternative single “Victoria” and fan favorite “Curtain”.

Since their debut Eve 6 has inspired a generation of bands and been named one of the 90’s defining rock acts. 2018 brings the band full-circle to where it all started with the 20th anniversary of their debut self-titled record Eve 6. This fall the band will celebrate the release that made them a household name with a tour in which they’ll be performing the album in it’s entirety.

“It’s surreal that a record we made when we were teenagers is worthy of an anniversary tour two decades later,” Collins says. “When I hear those songs in certain ways I hear kids singing about kid stuff but there’s also a universality to the feelings and experiences. I mean you don’t stop getting your heart broken when you reach your twenties. And the feelings of adolescent disillusionment and angst differ from those of an adult in pretty subtle ways. This is the record that gave us everything. Shot us into that infinitesimal percentage of bands that get to have a couple songs in the public consciousness. We are grateful to be here and very excited to be playing album 1 front to back for the first time ever.”