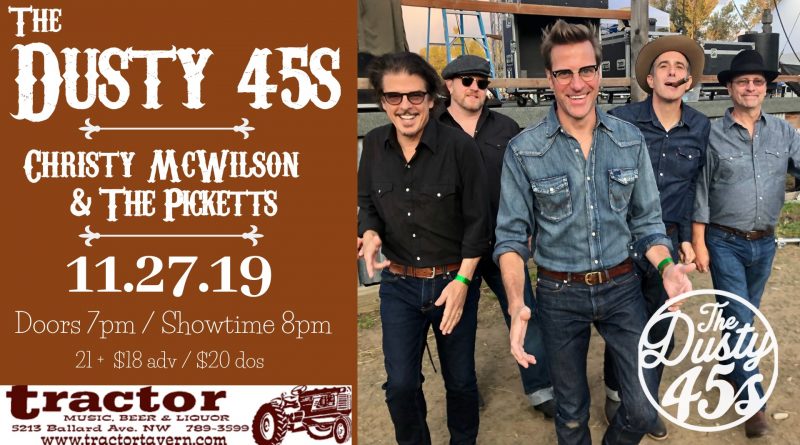 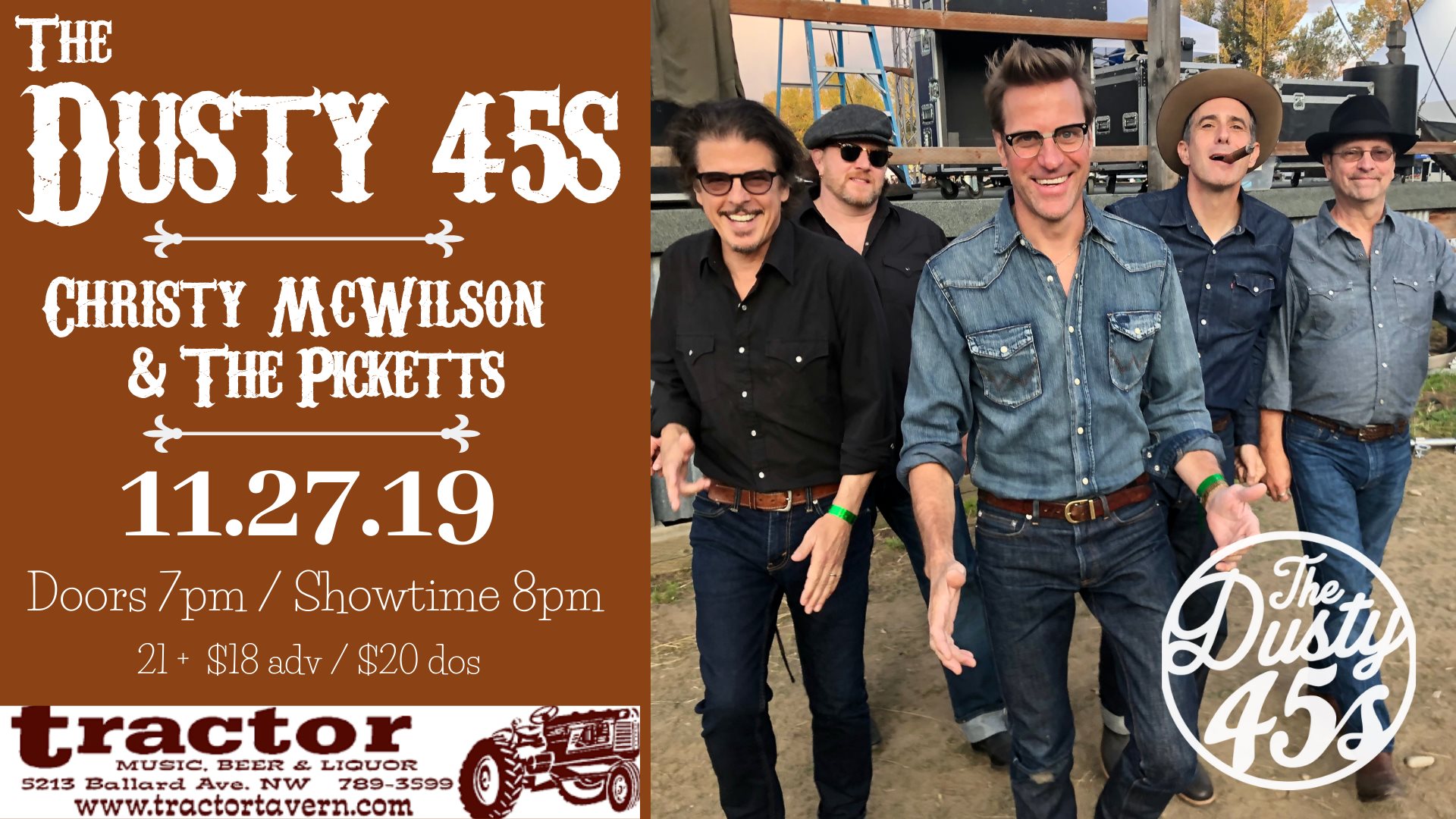 The Dusty 45’s coming to Tractor Tavern on November 27th

The Dusty 45s have inspired and fired up crowds for over two decades to the delight of fans and critics alike. With their signature style and unique sound, the band is a consistently powerful and energetic player in the Americana field.

Led by charismatic singer/songwriter, guitarist and trumpeter, Billy Joe Huels, the raucous band tears through Huels’ original songs that draw inspiration from the roots of Rock, Rhythm and Blues, Honkytonk and Jazz.  Current members of The Dusty 45s also include, Jerry Battista (lead guitar), Robin Cady (upright bass), Kohen Burrill (drums), and William Stover (piano).  Huels and his outfit have steadily built their fan base since 1997. The Dusty 45s have toured extensively and they backed Rock and Roll hall of famer, Wanda Jackson multiple times. A highlight with Jackson was when they joined her opening for Adele’s “21” tour in 2011.

The Dusty 45s have released 7 recordings.  The 2014 album, “Live and On Fire”, showcases the best of their bold and brassy sound recorded live in Seattle WA.