Music fans of the Pacific Northwest, get ready for our fourth annual year-end daily local music showcase, 100 Bands in 100 Days, where every day until December 31st, we’re showcasing a new band or artist you have to know about, presented by Verity Credit Union. Make sure you are checking the #100Bands100Days hashtag at Twitter on the daily to stay on top of all the bands featured and make sure to follow Verity on Twitter and NW_Music_Scene as well. Some days the featured act could be an established and locally-adored northwest-based musician and other times they could be a band with a small following that just hasn’t had their deserved time in the sun yet. Either way, we’re fairly confident you can come away from this daily segment with plenty of new favorites. Today’s featured artist is King Black Acid from Portland. 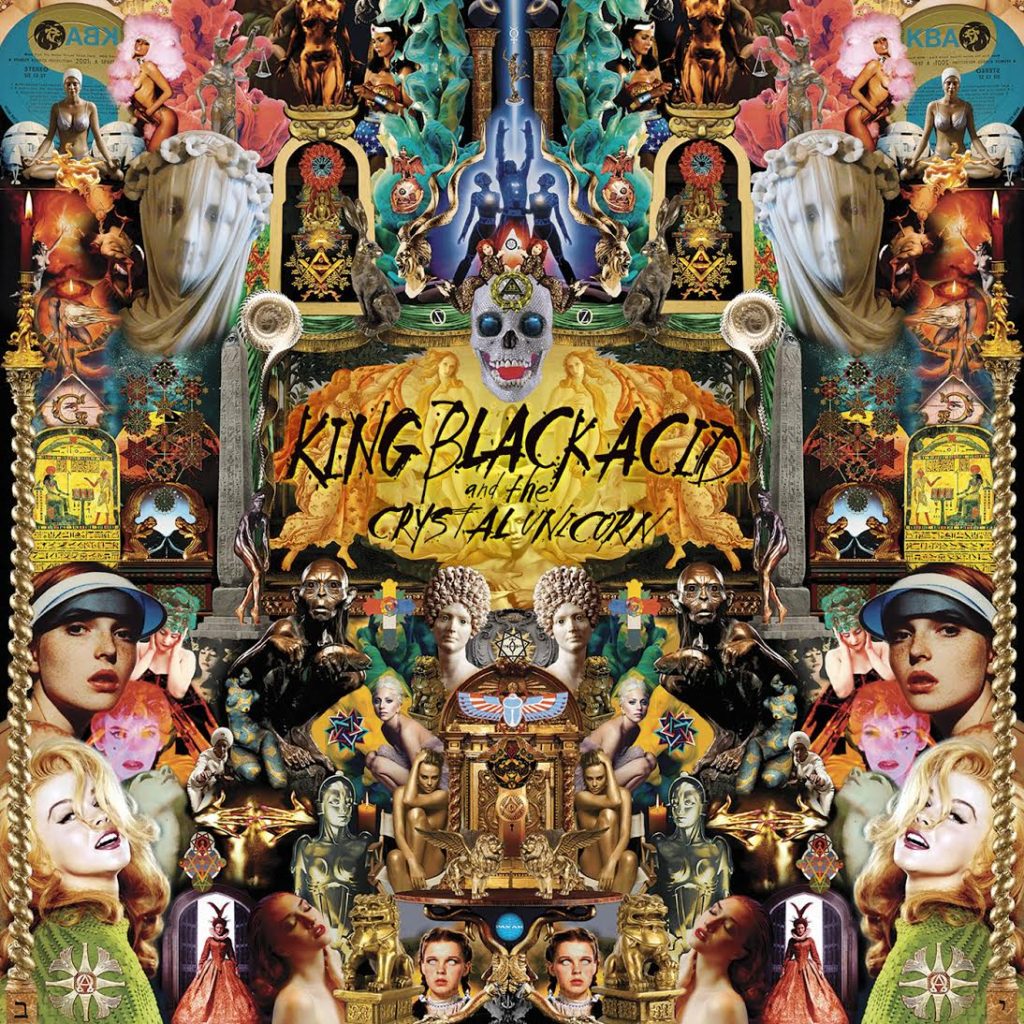 If you haven’t heard today’s band yet, it’s highly recommended you do so as soon as you can, in fact we’ve made that REAL easy, you can do that at the bottom of this article. We reviewed the latest album, titled Super Beautiful Magic from King Black Acid back in July and had a lot of great things to say about it.

Here’s some of what we had to say:

You may not have heard of King Black Acid but there is a good chance you’ve heard the Daniel Riddle headed collective on films like Underworld III or Buffy the Vampire Slayer to name a small portion. Portland based Riddle has been heading up this modular project since the 90’s while he has been producing work for tv, film, and for other recording artists at Mazinga Studio in Portland. Riddle’s rather imperious prowess as a producer really stands at the forefront of his latest effort Super Beautiful Magic released by Cavity Search Records on June 9th.

The album opens with the excellent “Welcome Home Down the Rabbit Hole” with meandering melodies creating an effect of multiple radio stations coming at once to coalesce into ineligibility. Scintillating pianos, harpsichords, cellos, and chimes all jostle one another for prominence in a soothing chaos. Around the halfway mark, the track opens up with a vocal crescendo paired with a fuzzed power chord on electric guitar. The perfectly placed back beat drives the song forward from a classical study into an all out rock jam.

Another standout on the record, “Sing About Love” begins with soft keys and tremelo guitars. The chorus plods in with a syncopated emphasis that gives a funk feel to an otherwise smooth song. The track combats ennui with movement no matter how trivial. The singular nature of one lost one’s own reverie while holding every eye, Riddle says “they want to know where you go when you disappear.”

Check out the awesome video below for “The Best Lies” and if you are in the Seattle area, King Black Acid is playing a show on October 14 at The High Dive w/ The Purrs and This Blinding Light.

(Listen to some songs from ‘Super Beautiful Magic’ below via Soundcloud, purchase the album HERE and get more info about King Black Acid HERE.)