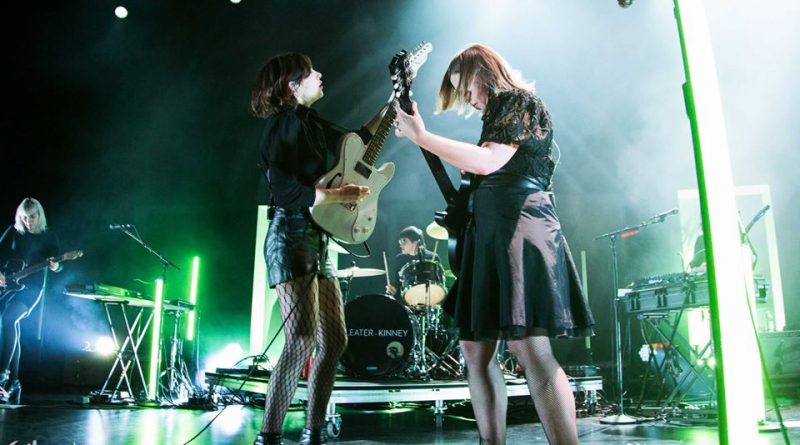 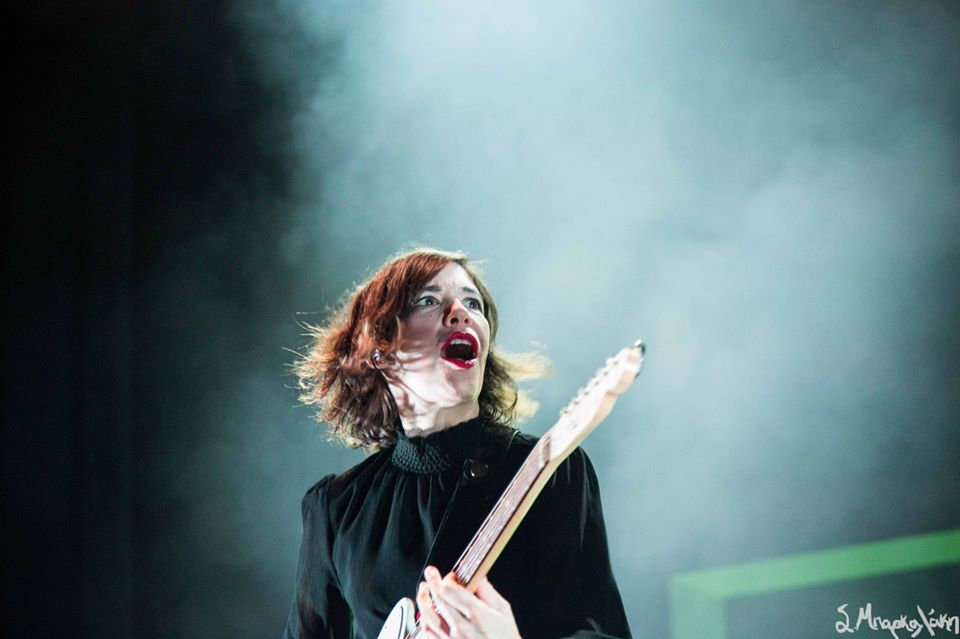 The last Sunday of November was going to be a great night for many Sleater-Kinney fans. The last show of their The Center Won’t Hold tour was all set at the majestic Paramount Theatre. The second album, after their reunion in 2015’s No Cities to Love, was produced by the multi-talented St.Vincent and was released in August. Unfortunately this would be their first tour after the departure of the amazing drummer Janet Weiss that had been with them since 1996. We were very curious how the dynamic would hold between the new drummer Angie Boylan, and founders Carrie Brownstein and Corin Tucker.

A little past nine it was time for the legendary rockers to take the stage. Brownstein and Tucker stepped to the middle and kicked off the night with “Hurry On Home” and “The Center Won’t Hold.” As they started “The Future Is Here,” we could clearly hear the influence of St.Vincent in their sound in the new songs but not in absence of their own voice. These are carefully crafted pieces with integrated riffs and the very distinctive voices of Brownstein and Tucker. 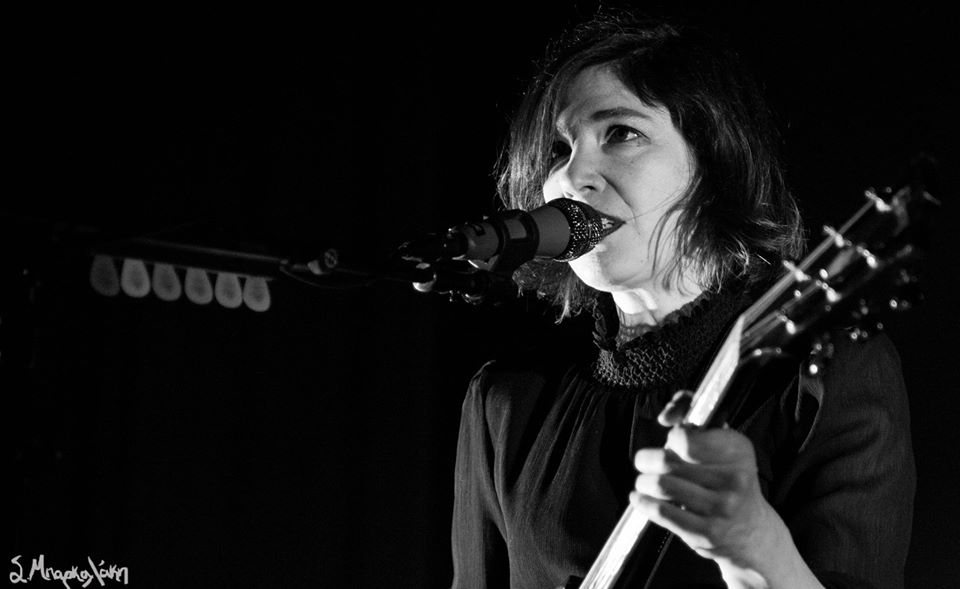 The background image was of their recent album art with one eye in the middle and an outline of lips surrounding it. On the back of the floor there were five standing boxes with different illustrations being lit up throughout the night. Tucker stood mostly in place by her microphone, while the more restless Brownstein moved around while playing her guitar. During “Jumpers,” the sound exploded in the theater as Brownstein took us to the edge during the intense ending of the song. This is why they mean so much, this is why their fans still show up as devoted as ever.

Their last show of their U.S. tour was a fast rollercoaster filled with highs and lows as they played through favorite tracks from their eight records. We did notice the void of Weiss’ presence but we still felt like we belonged where we stood. Something they created early in their career and something that stands more than 25 years later. The band formed in Olympia at the end of the Riot Grrrl movement defined a group of young adults and united like-minded people. This is still something much needed and as they stopped to chat they said the same thing. “We’re here to show up for people we care about, to show up for what matters, to show up to the polls to vote, to show up for people who stand up to injustice, take care of each other, we’re here to show up for you.” 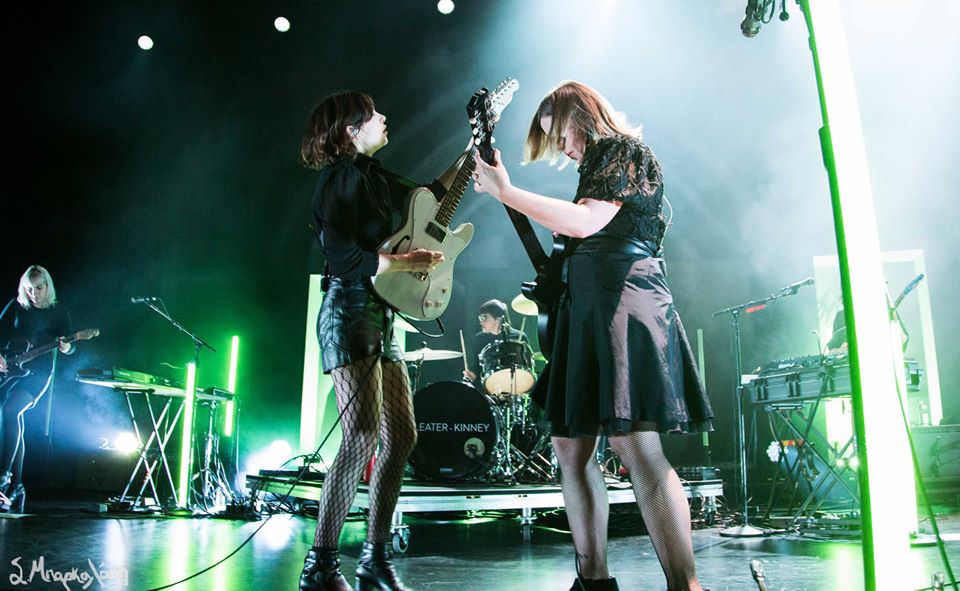 Their main set ended with “Entertain,” as Brownstein frantically played her guitar with one arm and shook her other back and forth. The band returned for a five song encore finishing with hits “Call The Doctor,” and “Dig Me Out.” There was electricity in the room, and we all felt it over and over again. These shows don’t happen every night and these artists are not here accidentally. We all left the venue continuing to sing the memorable lyrics from “Modern Girl,” “My whole life / is like the picture of a sunny day.”