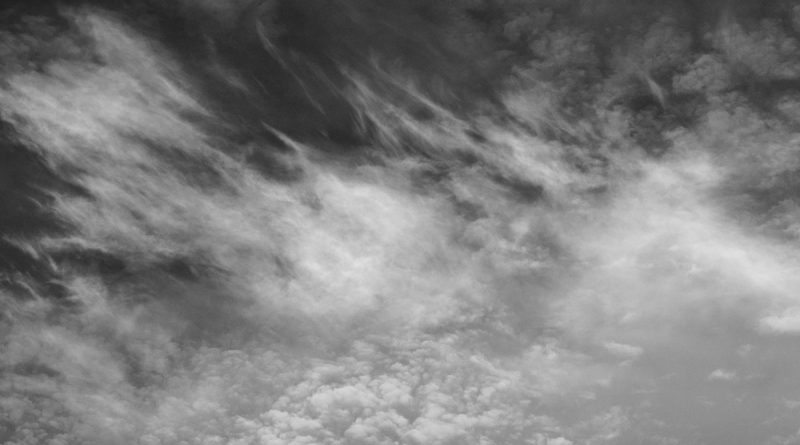 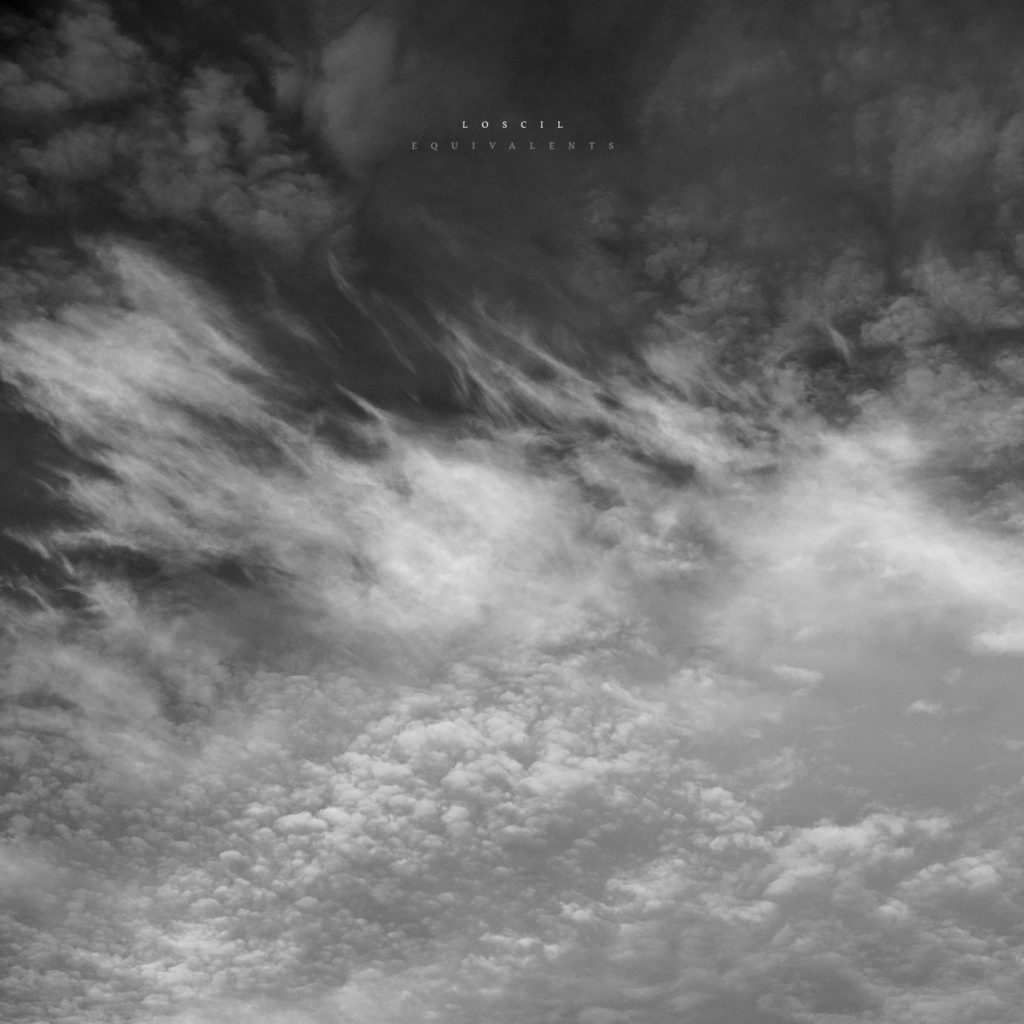 Scott Morgan’s two-decade project, Loscil, has carved discreet, tattering forms of shadow and light over eleven recordings. His recent ambient brand of minimalist drones are texturally threaded, but not sewn. Muted flickers of neutrals and crisp, but quickly fading outlines, transport his soundscapes without so much as a nudge. On his most recent, Equivalents, Morgan’s eight seamlessly connected compositions, complement winter’s approaching grasp.

Highlighting the work of Alfred Stieglitz’s 1920’s cloud photographs and prints, Morgan also appears to appeal to Stieglitz’s notion that photographs are “equivalent” to one’s philosophical or emotional state of mind. Each of Morgan’s compositions unfolds like the pass of a cloud, swirling and waning into an abstraction of memory and sentiment.

The brilliant launch of “Equivalent 1” churns high-fat grey tones over processed gears equipped with persistent hums of drone-like waterfalls. Each rotation sounds like a complex emotion emptying forth, evaporating slowly. Tim Hecker comes to mind, as does the cinematic clutch of the late Jóhann Jóhannsson. Follow up “Equivalent 3” is weightier as drones/organ swirl in thick, stroked ambience. Two minutes reveals a delicate then omnipresent loop of grainy twists. At three and half minutes, melody surfaces amid the fog and condensation. By five minutes these distinct parts have dissipated into exquisitely unrecognizable icy airs.

Morgan’s use of early loopings moves a touch sinister on the darker valued “Equivalent 6”. He attaches what sounds like a kaleidoscope of ghostly voices amid a circular spin, perfectly linking Stieglitz’s influence of cloud and shadow play. On “Equivalent 5” Morgan maintains a start and stop pulse while mixes of buzz and clear atmosphere stir and whirl. “Equivalent 2” dream floats above water. There’s a degree of electric charge, sounds of passing clouds, and an ethereal tug maneuvering suspended drones of subtle change.

Equivalents’ deep introspective minimalism works so well because Morgan saves pockets of brighter pulsing amid the flush of disintegrating. “Equivalent 8” peels distant church bells, appealing above the static ebb of ground level drone. The low end is weighty; enough to suck the calming wind chime away from permanence, but Morgan’s response, “Equivalent 7”, is quicker to scrape with higher pitched hums. It’s easy to visualize fingers manipulating the sound shifts. Echoes are incredibly somber and speak of solitude as a necessity for any forward movement.

Finale “Equivalent 4”, is the longest of the eight tracks, and touches outward of the earthen realm. There’s a percussive shake, rising and falling that never really controls the shape and sound, but when the sound fades out, its previous holding spot is voluminous. Gentle and cascading into a pocket of time and space, Morgan closes Equivalents with a pulse reminiscent of dissipating skies.

Morgan’s twelfth record maintains a low vapor, moisture light approach to the mirages we want to see and the one’s created in spite of it. The work expresses emotion, channeling nonrepresentational qualities in both visual art and music. Morgan beautifully parallels melancholy, motion, stasis, mass, as Equivalents wanders into an immersive, volume of soft sempiternal feeling.

(Check out ‘Equivalents’ via Bandcamp below and get more info about Loscil HERE.)