Make sure you are checking the #100Bands100Days hashtag on Twitter on a daily basis to stay on top of all the bands featured and be sure to follow Verity and NW_Music_Scene on there. Some days the featured act could be an established and locally-adored northwest-based musician and other times they could be a band with a small following that just hasn’t had their deserved time in the spotlight yet. Either way, we’re fairly confident you can come away from this daily segment with plenty of new favorites. Today’s featured act is Third Train Running.

If you have a hankering for some new music that is easy on the ears, the latest from Third Train Running just might fit the bill. The 12 roots based tunes on the latest album energetically cover plenty of ground in the blues with just a sprinkle of country thrown in for good measure.

We reviewed the album earlier this this year and here’s some of what we had to say in our review:

Anchored by the singer-songwriter, father/daughter tandem of Steve Erickson and Lindsey Erickson Willis, the Seattle band Third Train Running released their debut album Dancing in July in September 2019. The 12 Strong tracks are a mixture of easy Blues, folky Rock and a little Country charm. The duo is backed by the nimble rhythm section of Joe Brown on bass, drummer Tim Kelliher, with James Middleton adding harmonica and Jay Hallstrom providing keyboards.

Album opener “12 Long Days,’ allows Lindsey to set the stage with her powerful alto, boosted by chiming guitars and mournful blues harp. She then takes on the slinky tune about a woman done wrong, “I Won’t Cry,” from the Janiva Magness catalog. The second original is the modern rocker with an 80s feel, “Pretty Boy.” They then add some snap to the Tom Waits tune “Long Way Home,” and Kelliher keeps the train beat rolling as Steve takes over the lead vocals on the road song “Old Crow Street.” Everyone sinks their teeth deep into the sultry slow blues “Wee Wee Hours,” that features soaring vocals and fine solos on the old Chuck Berry classic. 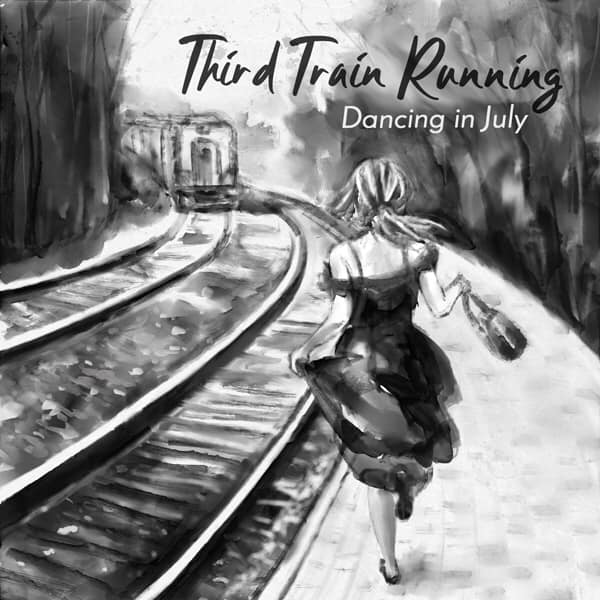