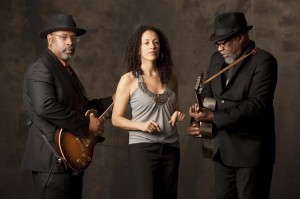 Capitol Hill Block Party is consistently one of the hottest and most exciting music festivals to hit Washington State annually. Where some other big local festivals usually present their lineups as disparate grab-bags of artists and performers, some of which you’ll like, some of which you won’t, the organizers of CHBP are masters at curating an enticing blend of rock, electronic, hip-hop, and alternative pop music, with a respectable amount of local musicians filling out its lineup.

To try to one-up their excellent main stage lineup in 2015 (which featured the likes of The Kills, TV on the Radio, Ratatat, Father John Misty, etc.), the first Capitol Hill Block Party announcement fires on all cylinders right out of the gate, with its three main headliners being enough to move weekend passes on their own.

For starters, we have Seattleites ODESZA, the electronic music duo whom have blown up around the world since their well-received performance at the 2014 CHBP, with loads of festival headlining spots and massive successful singles off their In Return record. After that is Glasgow alt-pop outfit CHVRCHES, who have been seeing more success than ever with the release of their latest LP Every Open Eye last year. Finishing out the main headliners of this announcement are Canadian electronic-synthpunk-rock-noise-whatever outfit Crystal Castles, whom will be performing with their new vocalist Edith after the departure of former singer Alice Glass, and whom will hopefully be touring in support of a TBA Crystal Castles IV.

As far as the other names go, there’s a lot to offer. Everyone from bassist extraordinaire Thundercat to rapper-singer-songwriter Goldlink to Washington transplant Car Seat Headrest to Portland indie pop heavyweight Pure Bathing Culture will be making an appearance at this festival, just to name a few.

Below you can find a poster with all of the names available for your viewing pleasure. Passes are available for purchase at this location.